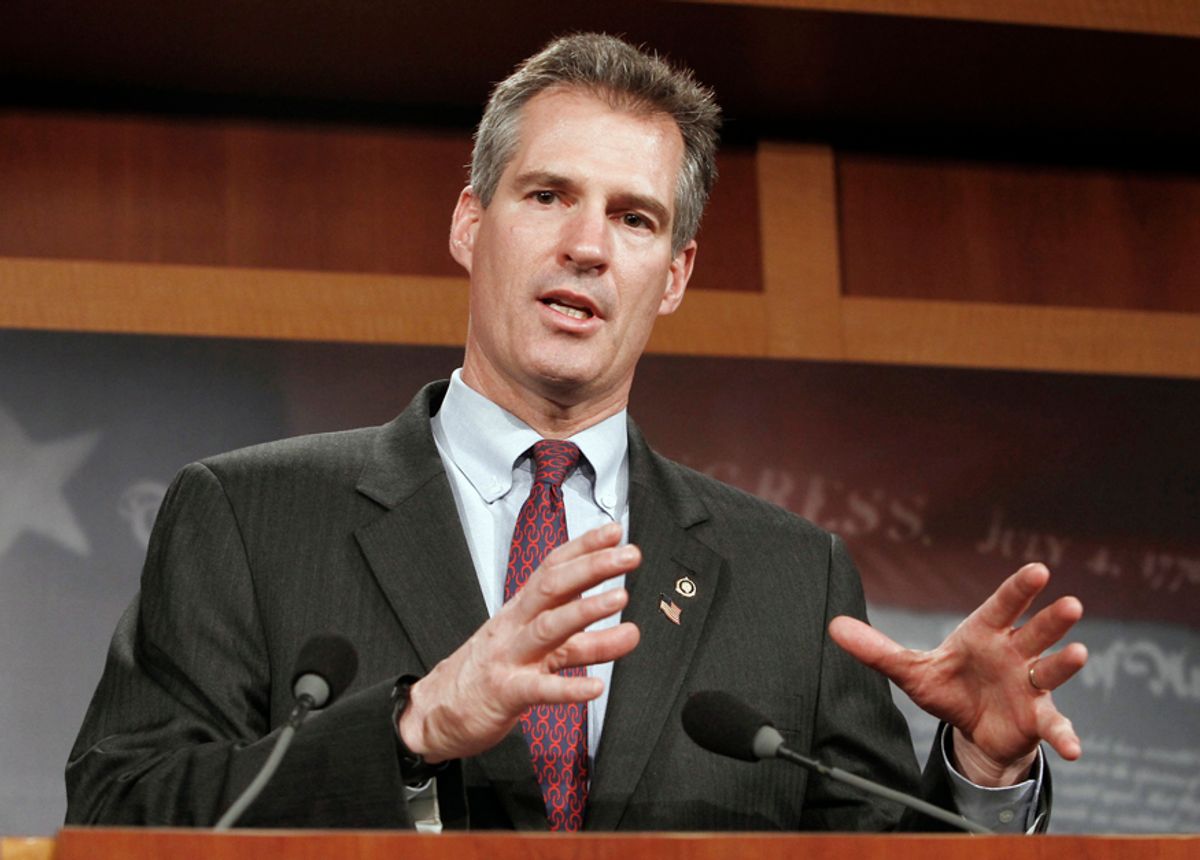 Scott Brown's arrival is already changing things. On Tuesday afternoon, the Senate blocked President Obama's nominee for a seat on the National Labor Relations Board, labor lawyer Craig Becker, when a procedural motion to advance the nomination failed to get the 60 votes it needed.

The vote to proceed to take up Becker's nomination failed, 52-33 -- with 15 senators skipping out early, due to the snow in Washington. Aides said some vulnerable Democrats peeled off once it was clear that Becker would lose. Nebraska Sen. Ben Nelson and Arkansas Sen. Blanche Lincoln voted with most Republicans to block the nomination.

Not surprisingly, Brown, the new Republican from Massachusetts, decided to join the GOP effort. "My first priority in coming to Washington is to create jobs and put people back to work," he said in a press release after the vote. "Craig Becker’s theories about how the workplace should function, if ever put into practice, would impose new burdens on employers, hurt job creation and slow down the recovery."

Becker's "theories" basically boil down to a pro-worker outlook, partly as a result of years of work for the Service Employees International Union. Business groups have opposed him because he's suggested the NLRB -- which oversees labor-management disputes -- could make it easier for workers to join unions.

Unions blasted the Senate's refusal to act. "It is reprehensible that a minority in the U.S. Senate has blocked an up-or-down vote on Craig Becker, nominated seven months ago by President Obama to serve on the National Labor Relations Board," AFL-CIO President Richard Trumka said in a statement. "Once again, a Republican-led filibuster has put political interests over the needs of America’s working families." SEIU President Andy Stern blasted the vote, as well. "Working families across America today learned that the Republican Party and some Democrats would rather sit on their hands than serve the interests of the people who put them in office in the first place," Stern said in a statement. "This debate is bigger than Craig Becker. What we saw today was a clear signal that too many members of Congress are invested in the failure of this administration, and in turn, the failure of this country."

The vote means the NLRB will continue operating with only two of its five seats filled -- which, presumably, makes it hard to do much. Perhaps not by coincidence, Obama brought up the possibility of recess appointments during his impromptu press conference Tuesday.

"Surely we can set aside partisanship and do what's traditionally been done to confirm these nominations," Obama said. "If the Senate does not act -- and I made this very clear -- if the Senate does not act to confirm these nominees, I will consider making several recess appointments during the upcoming recess, because we can't afford to allow politics to stand in the way of a well-functioning government."