Jessica Alba: Don't have surgery to look like me 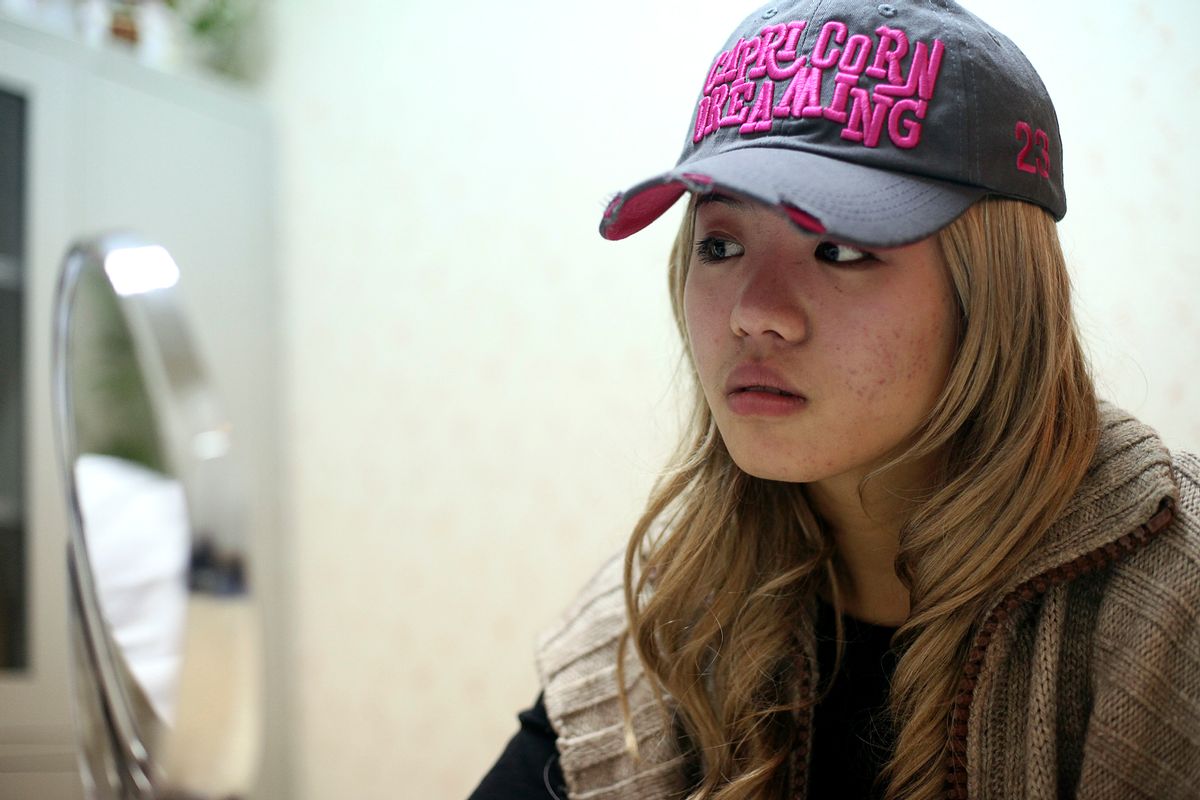 Xiaoqing gives an interview to Reuters in the Time Plastic surgery clinic in Shanghai February 4, 2010. The 21-year-old, who would only give her name as Xiaoqing, is seeking extensive plastic surgery to look like U.S. actress Jessica Alba, mainly because she hopes to win back her boyfriend who she said always wished she looked more like the Hollywood star. The hospital has agreed to do it for free to showcase their surgery skills. To match Reuters Life! CHINA-WOMAN/ALBA REUTERS/Nir Elias (CHINA - Tags: SOCIETY HEALTH ENTERTAINMENT) (Reuters)
--

Reality TV shows are usually (and blessedly) not much like actual reality. But last month a story arrived that seemed ripped out of MTV’s extreme surgery makeover show "I Want a Famous Face": A Chinese woman who gave her name to Reuters as Xiaoqing is planning to undergo extensive plastic surgery to look like actress Jessica Alba. The 21-year-old Xiaoqing is apparently looking to go under the knife to win back her ex-boyfriend, who was so obsessed with Alba that he asked Xiaoqing to wear a blonde wig and "do my makeup like Jessica does, even when I’m asleep." Aside from how many relationship red flags this should have raised (wearing makeup in your sleep? That’s a dealbreaker, ladies!), Xioqing's plans also apparently freaked out her intended look-a-like. "I think you should never have to change yourself like that," Alba commented, "If somebody loves you they’ll love you no matter what." Can I get an amen?

Alba’s logic seems pretty unimpeachable. Of course, people shouldn’t have to change themselves through radical surgery so that people will love them, or accept them into a certain social circle, or offer them a job. But the truth is that people do, every day. Alba herself mentioned in a 2007 interview with Elle that she wouldn’t rule out a li'l surgical booster in the future: "I'm never going to say never for sure ... I don’t know if, for example, having babies will stretch my stomach beyond what is acceptable." It's not exactly having reconstructive surgery to look like Grace Kelly, but Alba, too, might look to plastic surgery regain an "acceptable" body shape.

Xiaoqing’s solution sounds extreme, but according to the Shanghai Time Plastic Surgery Hospital, young women seeking cosmetic surgery to look like celebrities are not entirely uncommon. Indeed, rather than rejecting Xiaoqing's request, some surgeons view it as a challenge: doctors at the hospital have offered to do the procedures for free in order to display their surgical skills, perhaps as a model for future clients who want similar procedures. Being surgically altered to like like someone else to impress your ex-boyfriend, is on the cuckoo side of things but it comes from the same place: a culture that tells men and women that you can have everything you want if you were a only a little bit thinner or your boobs were bigger or your hair was a different color or you looked more like Brad Pitt.  Maybe what's most remarkable about Xiaoqing’s story is not that she thinks looking more like a Hollywood star will make her happier, but that she's saying so in public.