Pork is in the eye of the beholder 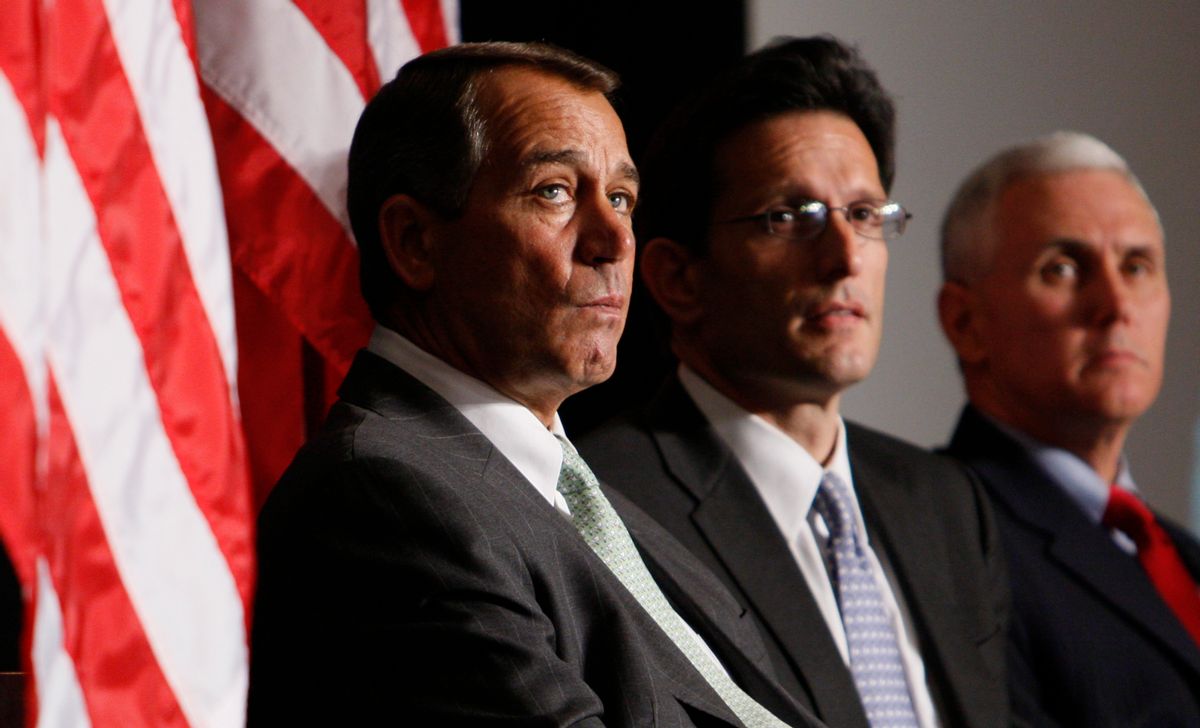 Republicans haven't exactly been shy about bashing the stimulus bill that passed last year. "This is spending, not stimulus," Sen. Lamar Alexander, R-Tenn., said about it. "Rather than create jobs or stimulate the economy, this massive spending bill was a laundry list of programs that focused on states with big-city urban communities," wrote Rep. Robert Aderholt, R-Ala., in his local newspaper last October.

As it turns out, they haven't exactly been shy about grabbing cash from the stimulus programs for their districts, either. An investigation in Tuesday's Washington Times turned up letters from more than a dozen fierce critics of the stimulus to the Department of Agriculture, requesting money for local projects. Three days after Aderholt's letter was published, accusing the stimulus of focusing on big cities, he wrote Agriculture Secretary Tom Vilsack, seeking help from a stimulus program to expand broadband services in his (mostly rural) district. Not long after Alexander bashed the law as "spending, not stimulus," he told Vilsack he wanted money for a Tennessee project that would "create over 200 jobs in the first year and at least another 40 new jobs in the following years."

That's exactly what President Obama chided House Republicans for at their retreat in Baltimore a couple of weeks ago. "A lot of you have gone to appear at ribbon cuttings for the same projects that you voted against," Obama told them. Now the Democratic campaign apparatus in Washington is determined to remind voters -- and Republican lawmakers -- that the stimulus doesn't look so bad after all when it's delivering cash to their own area.

"Not only have nearly 70 House Republicans been caught trying to take credit for recovery funding that's brought the economy back from the brink of collapse, but now it's come to light some were writing private letters lobbying for projects in their districts while trashing the Recovery package publicly," Ryan Rudominer, spokesman for the Democratic Congressional Campaign Committee, wrote reporters Tuesday morning. The Democratic National Committee also sent the Times story around, as did some progressive interest groups allied with the administration.

Aides to Republicans whose letters the Times turned up told the paper they were just trying to make local lemonade out of the stimulus' lemons. "If the funds are there, Senator Grassley's going to help Iowa, rather than some other state, get its share," a spokeswoman for Sen. Chuck Grassley, R-Iowa, who voted against the stimulus, told the paper. Still, the discovery could take some of the political punch out of GOP attacks on the "wasteful" stimulus bill -- not to mention irritate some of the most driven tea party activists in the Republican base. Expect Democrats to keep pushing this storyline as long as they can.