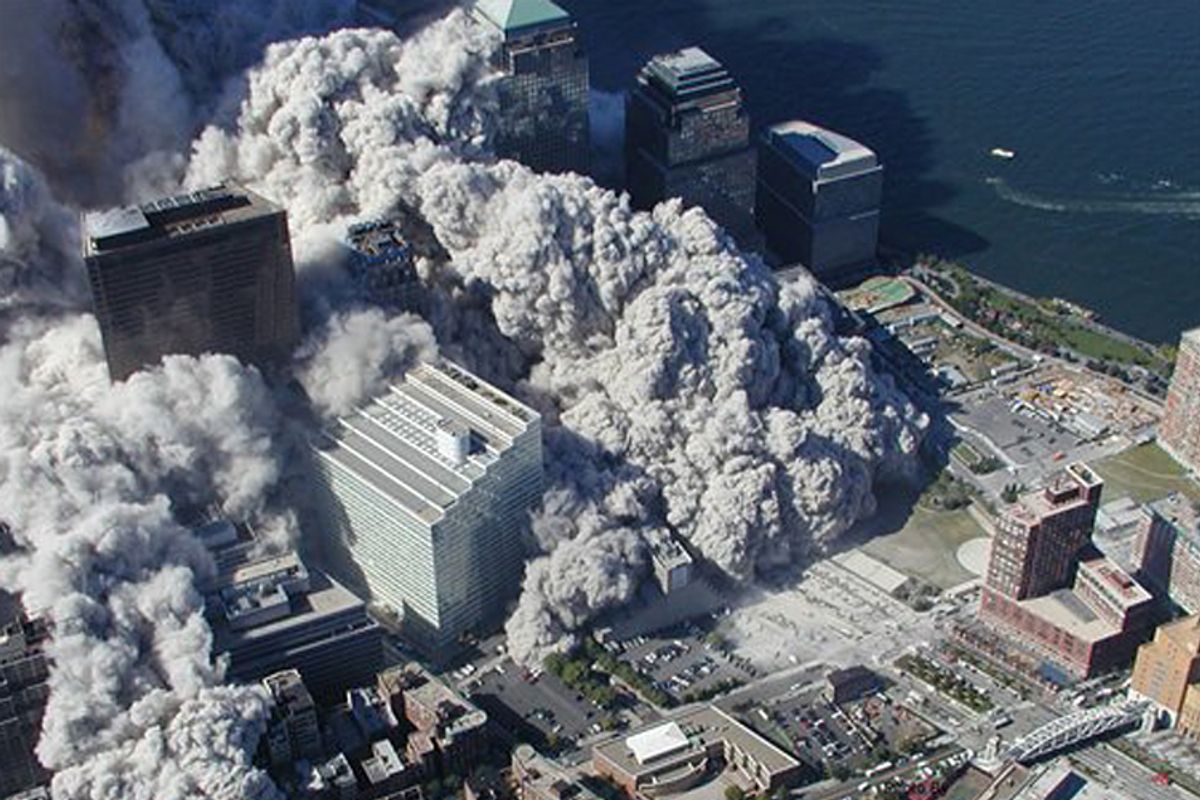 Newly released aerial photos of the Sept. 11, 2001, World Trade Center attack show the towers coming down from a dramatic new angle. The photos were obtained by ABC News, which filed a Freedom of Information Act request with the National Institute of Standards and Technology last year. The NIST collected the images as part of its investigation into the terrorist attack.

ABC said it was provided 2,779 pictures on nine CDs. Many of the photos, taken from police helicopters, have never been released before.