If past is prologue, Scott Brown's book will bomb

Take a walk down memoir-memory lane, where Joe Lieberman sells for one penny and John Edwards gets $24 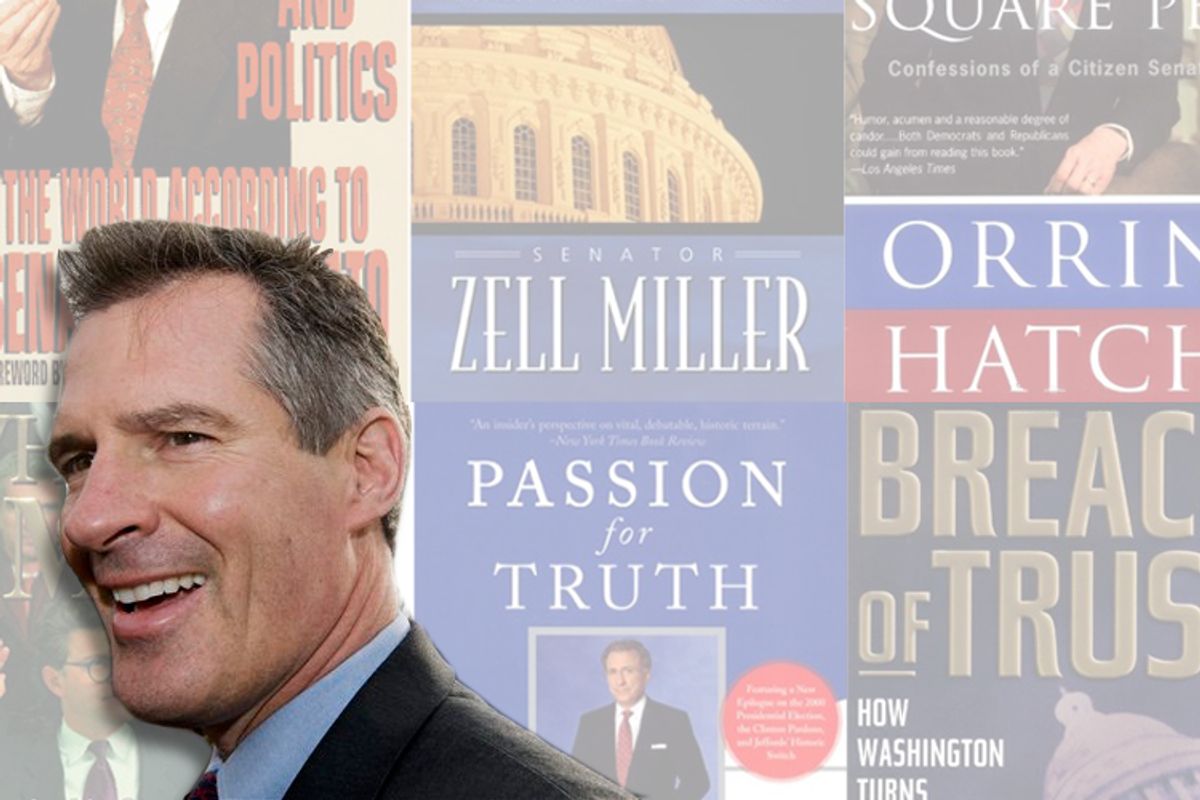 Scott Brown has been in the world's most exclusive club for less than a week, and already he's eyeing an even more exclusive label: senatorial memoirist.

Brown has hired D.C. superlawyer Robert Barnett to help him negotiate a book deal, with some unspecified "portion of the proceeds" going to charity.

As the tea party hero who seized Ted Kennedy's old Massachusetts Senate seat for the GOP, Brown may actually find a decent audience for his tome. (Decent by senator-turned-author standards, at least.) It's an annual Senate tradition: Some solon gets it in his (or her) head to put the collected wisdom of his life into print. And in most cases, that wisdom -- boilerplate title and all -- winds up remaindered not much later.

To put Brown's forthcoming addition to the senatorial literary canon in perspective, Salon has assembled a handy slide show of some of his predecessors' efforts. For about 20 bucks, thanks to discounts from publishers eager to ditch unsold copies, you can put together quite a political library these days.