Paying for your art with your life

I'm recovering from cancer thanks to decent healthcare. My friend Tom, a painter, wasn't so lucky 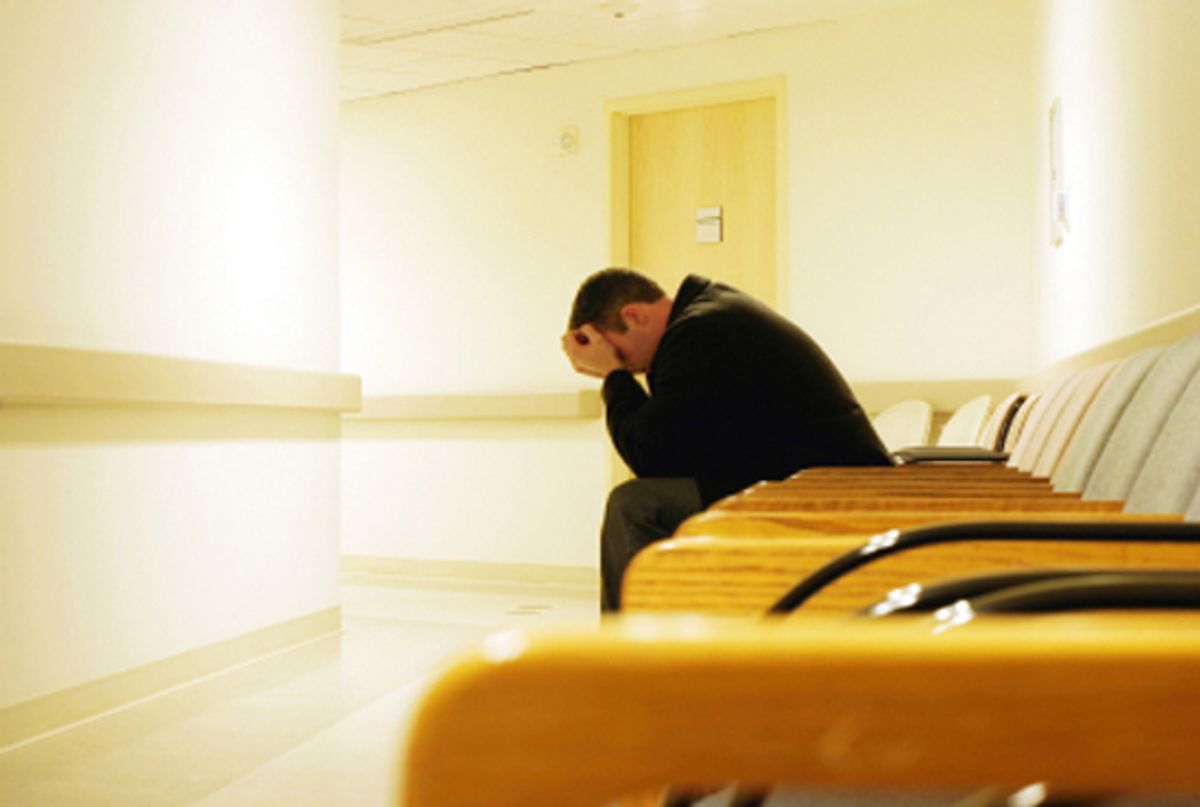 While I was in the MRI machine today, I thought of my friend Tom Fowler, the artist who died because of lack of health insurance.

The MRI machine was taking pictures of my lumbar region where a large sacral chordoma tumor was recently removed. Though the MRI machine is loud, I had taken some pills that cause drowsiness, so I was able to contemplate various things in a state of serenity. In this state of serenity,  I contemplated how I was receiving the best medical care ever available at any time in history at any place on the planet. I contemplated the incredible genius of scientific research to which I owe my life.

And I thought about how lucky I am that though I am a creative type and have been at times sort of a screw-up and have not at all played it safe and done the right things, I still somehow have health insurance and a place to live.

I am a former addict and drunkard, a streetwise, skinny, speed-snorting black-clothed punk musician, an urchin of Turk Street in the Tenderloin, a lurker in alleyways reeking of reefer, a riffer on small stages where cheap drinks are served. I did not have much smarts when it came to figuring out how to get taken care of by our society, or how to get the goods that are offered. I was a creative type who did not know what to do with his creativity, who was always looking for something to do with it, a place to stand, a job to do.

When we creative people  find we cannot easily fit into the work roles offered to us by our society, we face a choice. We can put aside our artistic calling and try to do the jobs that are offered to us. Or we can try to fashion for ourselves a life that suits our nature, enduring the insecurity and sacrifice that comes with such a choice.

We pretend that we don't. But yes, we do.

It turns out that for whatever reason, that is what we need to do to be happy and productive. And then we say, OK, how do we do this and survive? We do not know. But we start out by just doing it and see where we can get.

But our society is not just and wise. Still, the artists in our society choose to do their work and find a way to survive somehow, sacrificing things such as health insurance and paid time off.

That is what my friend Tom Fowler did. He admitted that he was an artist and the only true thing to do was to paint and see how he could get along. So he painted and saw how he could get along. He lived frugally, but he did OK and some months he did well. He had shows at his place on Potrero. He had parties and stayed sober and played music. We collaborated on a piece for the Canvas Gallery on Lincoln and 9th, back before it was a fish restaurant. I gave him some prose from the novel I was and am perpetually working on, and he painted what he saw when he read the prose I gave him. Then the gallery had a show of such paintings. We attended the show. Afterward, the paintings that had not been sold to others we bought, because they were beautiful and true. Because they seemed to live inside the same landscape the novel lives in. We took them home and hung them up.

Then one day not too long after that we learned that Tom had died. He had gotten a toothache. He had gotten a toothache but had not gone to the dentist because he didn't have health insurance to pay for the dentist. He lived with it. Then he got sick but thought he was OK. Then he collapsed and the emergency medical people came and they told him he should go right into the hospital. But after reviving he said he'd be OK and he went home and made himself some soup. He lasted a couple of more days like that. Then he got really, really sick and they put him in the hospital but by that point the infection that had begun in a tooth had spread massively throughout his body and despite the doctors' best efforts Tom could not be saved.

On the other hand, we did elect a black man to be president. That's something! I say to myself. Then I quit thinking about politics and leave it to Joan.

All I know is this: Today I received the best medical care available anywhere on the planet. Yet I found myself feeling sad because not everybody can have it.

Everybody should be able to have this kind of care. That's how I feel. I feel that the products of scientific research that save lives belong to the human race. Science is a gift to the world. It should not be owned or sold or hoarded by the rich. You shouldn't have to be a financier or a prime minister or an employee of Salon to get this healthcare. You should get it because you're human. That should be enough.