"The Lightning Thief": You, sir, are no Harry Potter

Another best-selling boy wonder hits the screen. But this adaptation is seriously short on magic 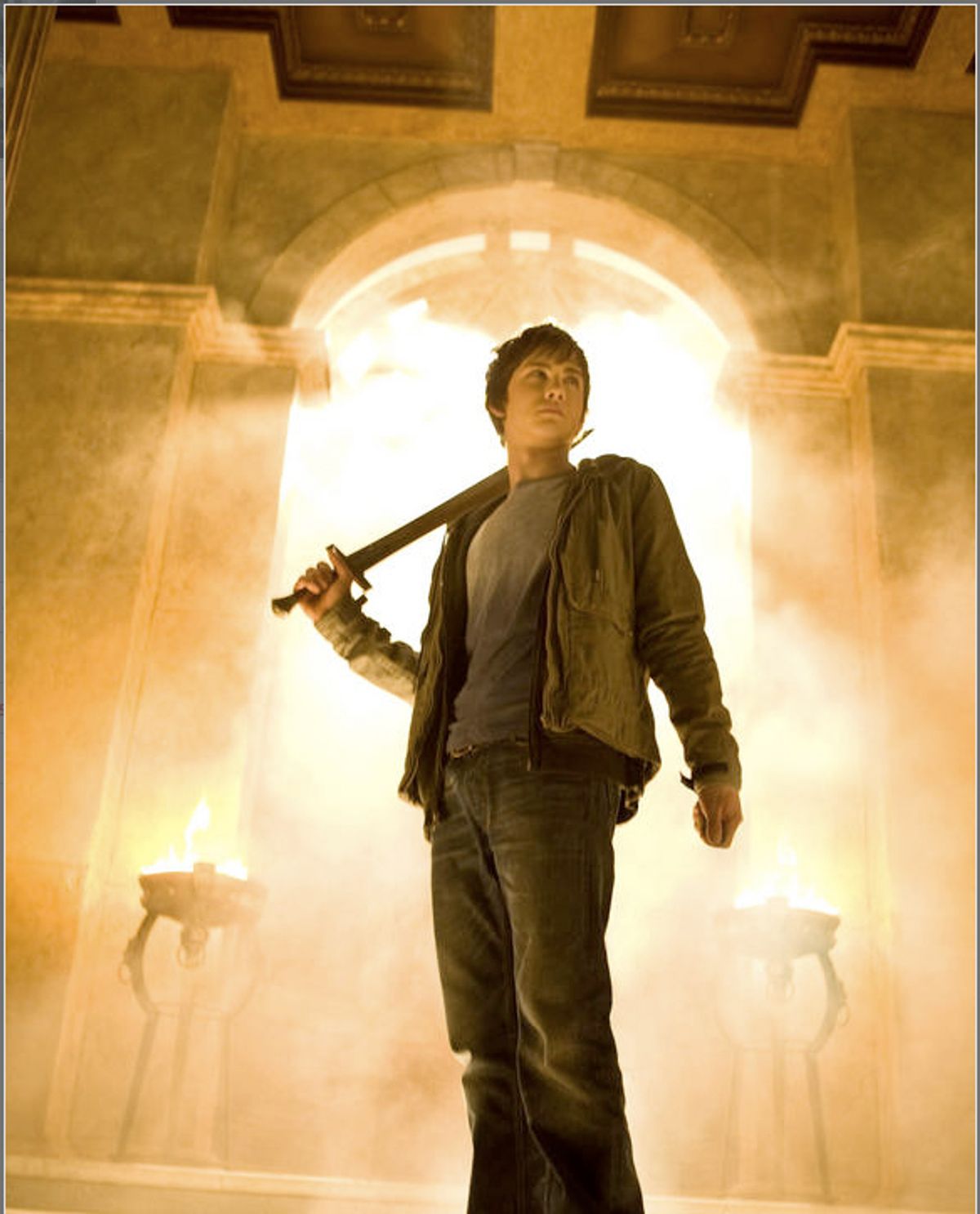 Logan Lerman in "Percy Jackson and the Olympians: The Lightning Thief."
--

He's a troubled boy with an unhappy home life and an inborn power greater than he ever imagined. He's sent to a secret training facility to hone his craft, where he meets others like him and battles evil forces. The new movie of his exploits is based on a best-selling series of novels and directed by Chris Columbus.

But Percy Jackson, you're no Harry Potter.

I had high hopes going in to "Percy Jackson & the Olympians: The Lightning Thief," the lavish adaptation of Rick Riordan's exuberant adventures of a boy whose dad happens to be the god Poseidon. Riordan's books were the launching pad for my elder daughter's headlong rush into a love affair with Greek mythology -- a faithful exploration of the idiosyncrasies of the classic heroes and monsters run through the blender of modern middle school trauma. In the Olympians series, Percy is a boy who can command the seas but struggles with dyslexia and ADHD, a kid who, like his fellow demigod friends, has some serious father issues.

Yet the overblown and overlong version of Percy's adventures largely fails to capture the quirky allure of Riordan's books. (Damningly, my aforementioned firstborn pronounced the movie just "so-so.") The filmmakers, perhaps sensing a need to give their audience more tween idol appeal and a romantic subtext, have upped the ages of the characters from middle schoolers to practically adult. And though Percy humbly tells his new friend Annabeth, daughter of Athena, that "I always lose," the perfectly coiffed, bedroom poster-ready Logan Lerman rarely lets his character appear anything but the soul of a confident winner.

Jackson, who early on in the story abruptly discovers the truth of his parentage, has a doozy of a first heroic quest. Zeus' lightning has been swiped, and worse still, the big guy thinks Poseidon's kid has the sticky fingers. It's up to Percy and his friends Annabeth and Grover, a wisecracking satyr, to track down the real thief and get the bolt back to Zeus before hell quite literally breaks loose. Cue road trip!

And while the swordplay and gorgon fighting along the way are impressive enough to watch (there's a truly breathtaking midair battle involving the New York City skyline and two characters in winged sneakers), when the movie slows down to catch its breath, there's very little of the heart and soul -- and wry wit -- that make the Riordan books so beloved. "Tropic Thunder's" Brandon T. Jackson has some slyly funny moments as Grover, Percy's loyal protector whose goatishness occasionally gets the better of him (he has a weakness for canned soda. Really, just the cans). And there are concessions to Percy's learning problems, but too often the spectacle overshadows the drama. It's like "High School Musical" with centaurs. And, as any fan of heroic tales knows, whether they involve boy wizards or girl vampire slayers or demigods, whether they're from Homer or Riordan, they have to make you feel the longing of the characters, the urgency of the quest. Who'd have thought a movie that hinges on the absence of lightning would suffer from an overabundance of flash?

Movies Percy Jackson And The Olympians: The Lightning Thief