Kennedy never looked worse than he did in "Taking On the Kennedys." We talk with the film's creator 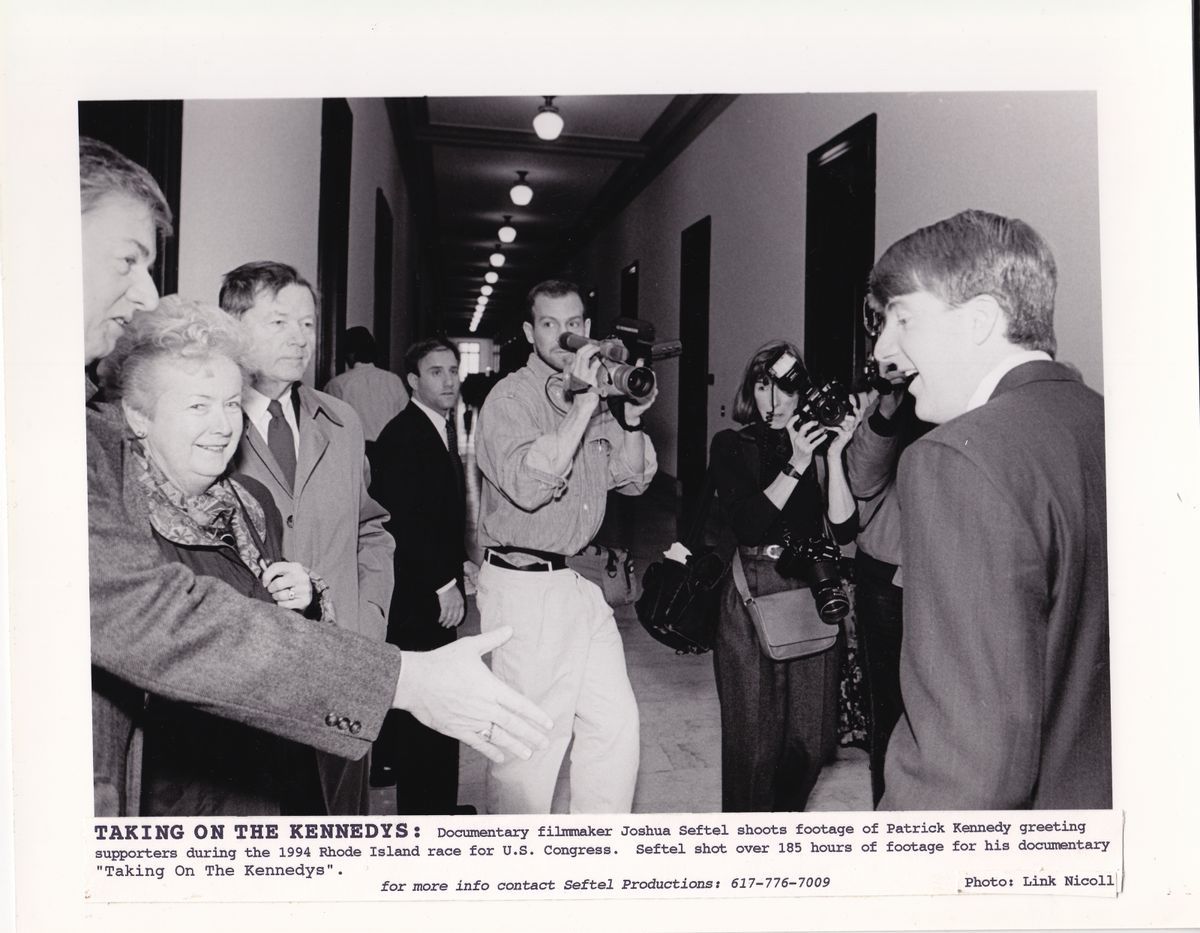 It turns out that Rep. Patrick Kennedy, D-R.I., whose retirement announcement has prompted a decidedly lukewarm assessment of his House career, had at least one unlikely admirer.

That would be Josh Seftel, whose documentary "Taking on the Kennedys" introduced a national audience to a young Kennedy who oozed entitlement and vacuity. The film, which aired on PBS in the spring of 1996, chronicled then-26-year-old Patrick's first House campaign. It features unflinching depictions of the gutter tactics the Kennedy camp used to defeat Patrick's earnest Republican opponent, a do-gooder named Kevin Vigilante.

But after Kennedy’s 16 years in the House, Seftel’s opinion of the man has softened. In an interview with Salon today, he said, "My sense is that he grew into the job and he kind of rose to the occasion ... I think he had good mentors. He had a really good staff. He did the job well when he could, that’s my sense. You know, the way that he won the seat was maybe not all that pretty but I feel like once he got there …  he really did a good job. And that’s why I’m surprised he’s leaving."

Seftel, who is not a Rhode Island resident and has followed the representative’s performance from afar, said, "I heard stories about Patrick that he actually knew -- even before his first day in the House of Representatives -- that he knew every single member of the House by name and by sight. He was very attuned and adept in some ways."

Kennedy doesn't come off well in "Taking on the Kennedys," but that's just a reflection of reality. "Patrick was 26 years old at the time and was definitely learning on the job," Seftel said, adding that the film wasn’t intended to malign the Kennedys.

Even at the time the movie was made, Seftel said there was never any ill will between the two men. Seftel remembers sitting in a Boston cafe with his parents right after the film came out, when Kennedy walked by. The young representative sat down and talked with them for a while.

Seftel spoke of  a sort of kinship with Kennedy. "It's funny. Patrick and I are like three days apart in terms of when we were born and I lost my father this summer too, just a few weeks before he did. I wrote him a letter [afterward] ...  I feel for him."

Right now, Seftel said, “My sense is that [Kennedy] wants to take an opportunity to sort things out and I wish him well and I think that maybe that’s a good thing to do … It’s sort of a sad day. The way he spoke about his father was very moving and very sad. He’s clearly in pain.”