This week in crazy: John Mayer

The guitarist's music has always been an easy punch line. This time it was his mouth that caused all the pain 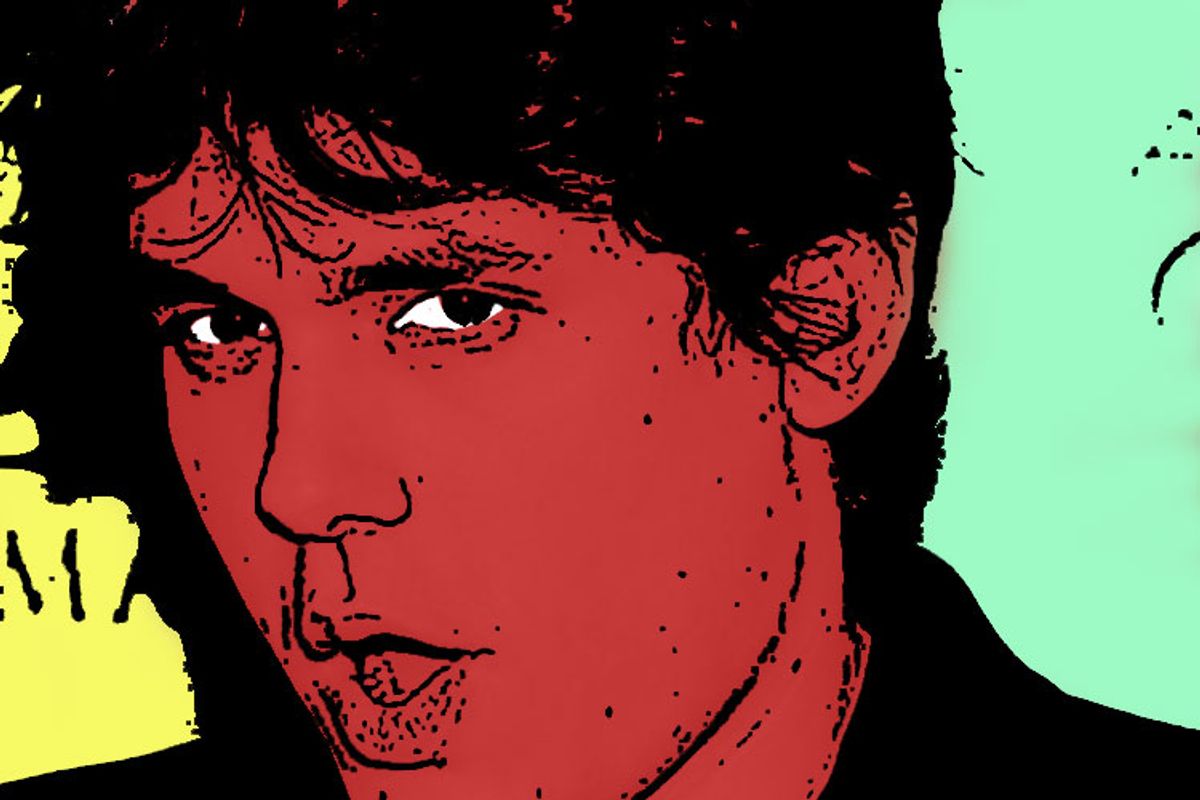 In a Playboy interview with Rob Tannenbaum, Mayer let loose with a now-infamous litany of wackadoo -- most notably boasting that "Black people love me" before clarifying the meaning of "hood pass" as truly a "nigger pass" -- and then going on to describe his fondness for white chicks by saying, "My dick is sort of like a white supremacist. I’ve got a Benetton heart and a fuckin' David Duke cock."

The reaction to Mayer was swift and unsurprisingly negative. I think my favorite was the Jezebel commenter who described him as a "guano faucet." But for those who still need it explained, there's a difference between copping to certain sexual attractions and being glib about racism.

Yet even without the whopping sensitivity fail of comparing any portion of oneself to the former leader of the Ku Klux Klan -- seriously, are you kidding me? -- the entire interview is a gold mine of lunacy.

Mayer on the Internet: "There have probably been days when I saw 300 vaginas before I got out of bed."

On friendship: "One of my best friends is Jewish beyond all Jews."

On race: "What is being black? It's making the most of your life, not taking a single moment for granted."

On actress Kerry Washington: "She's superhot, and she’s also white-girl crazy. Kerry Washington would break your heart like a white girl. Just all of a sudden she’d be like, 'Yeah, I sucked his dick. Whatever.'"

On maturity: "I can’t change the fact that I need to be 32 ... I want to dance. I want to get on an airplane and be like a ninja. I want to be an explorer. I want to be like 'The Bourne Identity.' I don’t want to pet dogs in the kitchen."

On Jessica Simpson: "It was like napalm, sexual napalm."

On love: "I hate other men. When I’m fucking you, I’m trying to fuck every man who’s ever fucked you, but in his ass, so you’ll say, 'No one’s ever done that to me in bed.'"

On celebrity blogger Perez Hilton: "I grabbed him and gave him the dirtiest, tongue-iest kiss I have ever put on anybody -- almost as if I hated fags."

On fame: "A platinum record is not going to wash your ass for you."

The defense could rest right here, but it wasn't over.

After a few million people went a little apoplectic over the whole thing, Mayer then took to his favorite medium, Twitter, to hashtag it out in the court of public opinion. "Re: using the 'N word' in an interview: I am sorry that I used the word," he wrote. "And it's such a shame that I did because the point I was trying to make was in the exact opposite spirit of the word itself. It was arrogant of me to think I could intellectualize using it."

Here's a tip for future interviews: Avoid using "nigger" and "David Duke" in the same train of thought.

Mayer also spoke out at a Nashville concert on Wednesday about how, in his quest to be "clever" (a word he uses, over the course of seven minutes, well over a dozen times), he became mired in "arrogance." He should have "just given that up and played the guitar," he explains. Describing himself as "a possible future grown-up" and sounding a little choked-up, Mayer's aw-shucksy apologia seems to imply that this whole train wreck was just a case of "playing the media game" gone awry -- thereby earning him all kinds of bonus cluelessness cred. I can't vouch for his body being a wonderland, but John Mayer, your brain is definitely a freak show.

John Mayer This Week In Crazy