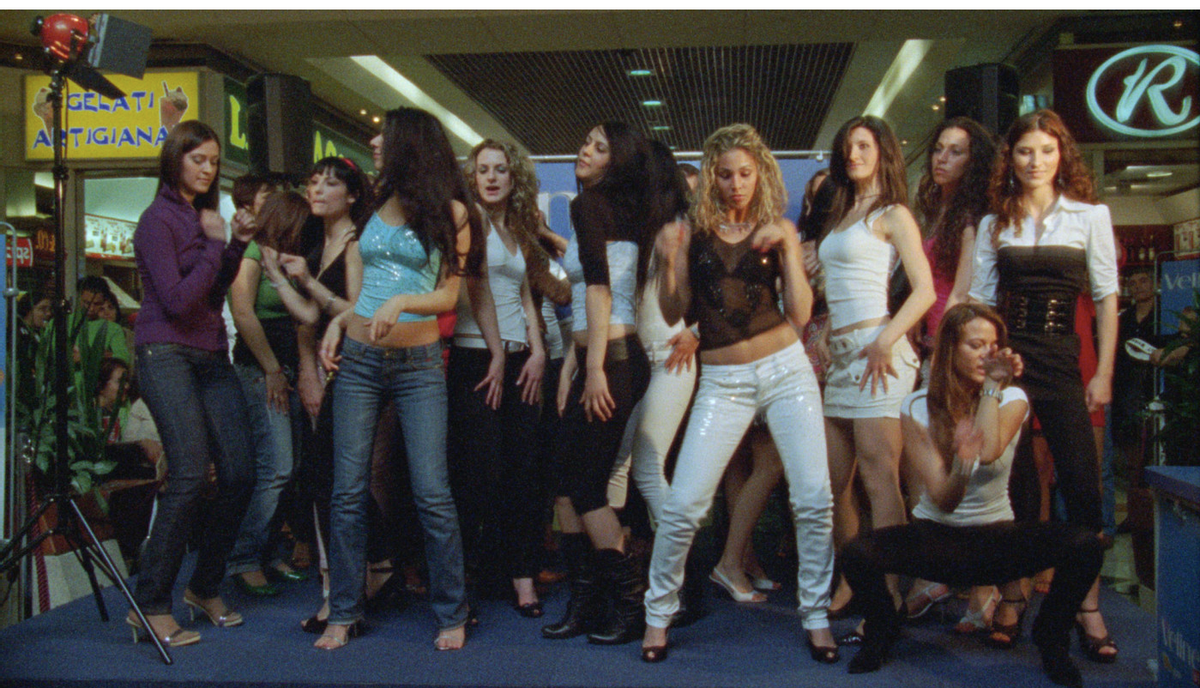 In "Videocracy," an intriguing but portentous documentary now getting a limited theatrical release after a year on the international film-festival circuit, director Erik Gandini paints a nightmarish vision of contemporary Italy, seemingly torn from the pages of Guy Debord's political-philosophical tract "Society of the Spectacle." Under media tycoon-turned-prime minister Silvio Berlusconi, Gandini suggests, Italy's ancient cultures and customs have been supplanted by a dazzling but mind-deadening brew of celebutainment that makes "American Idol" look like Boccaccio's "Decameron."

Especially for Americans accustomed to complaining about the high-octane vapidity of our own media culture, "Videocracy" is like a startling glimpse into a funhouse mirror or a science-fiction alternate reality, one that suggests things could be a lot worse than they are. If you imagine an America in which Rupert Murdoch owns all the major broadcast networks along with most of the cable channels and publishing houses, and then gets himself elected president for life -- and further imagine replacing the American blend of sexual Puritanism and hypocrisy with the cheesiest kind of Euro-licentiousness -- you've got the democracy of boobs (in all senses) depicted by Gandini.

An Italian who now lives in Sweden, where he was startled to learn (he says) that state-owned television doesn't involve lots of game shows featuring semi-naked chicks, Gandini builds an ominous and suggestive argument about the nature of Berlusconi's power, without ever getting too specific. Italian girls show up by the dozens to audition for jobs as veline -- slinky TV-show dancers who never speak -- while the guys reimagine themselves as 'roided-up hybrids of Ricky Martin and Jean-Claude Van Damme. By mixing traditional ideas about Italian masculine honor and feminine beauty with an especially stupid variety of 21st-century celebrity hotness, Berlusconi has created something like a soft-focus neofascist movement with no ugly, grating ideological edges. You can taste, as Gandini notes, some unpleasant gristly bits beneath the candy-coated hedonist surface: Talent agent and Berlusconi confidant Lele Mora, a weaselly little man in white who keeps Il Presidente's empire supplied with beef- and cheesecake, is happy to demonstrate the fascist-era propaganda hymns, with accompanying Mussolini slide show, on his smart phone.

God knows I don't want to see a fair-and-balanced documentary about Silvio Berlusconi, but Gandini's film, although it's handsomely made and thoroughly addictive, is too full of muttering and innuendo and sinister atmosphere. The only alternative to Berlusconi's vision of Italian society he ever presents in the film comes from Fabrizio Corona, an infamous paparazzo -- more accurately, a paparazzo impresario -- who has turned himself into a bad-boy celebrity by blackmailing famous people (including the Berlusconi family) with unflattering candid shots of their private activities. As any media-studies grad student can tell you, the society of the spectacle loves nothing more than this kind of pseudo-rebellion, which only validates the meaning and importance of the spectacle itself.

You would never learn, from watching Gandini's film, that Berlusconi was elected to his third stint as prime minister, in 2008, with 46.5 percent of the vote, making his ruling coalition (like virtually every other in postwar Italian politics) relatively fragile. As in most of Europe, the center-left opposition, led by the Democratic Party, is undergoing a period of drift and dysfunction, and Gandini correctly observes that the new Italian formulation, in which media and political power are concentrated in one movement and one man, suggests dark and dangerous possibilities.

But you'd also never know from "Videocracy" that Italy's university-educated professional class largely loathes Berlusconi and what he represents, or that the last few years have seen an explosion of Italian cinema and literature -- from award-winning films like "Il Divo" and "Gomorrah" to the novels of left-leaning politician Walter Veltroni -- reflecting widespread intellectual disaffection. Gandini makes it seem as if the nation of Dante and Fellini has been conquered by "Girls Gone Wild." As hyperbolic cases go, that's a pretty delicious one, but it's not quite true yet.

"Videocracy" is now playing at the IFC Center in New York, with other cities to follow.