A washed-up rapper, a "Tales From the Crypt" ripoff, a third-rate slasher film -- wait, is this heaven? 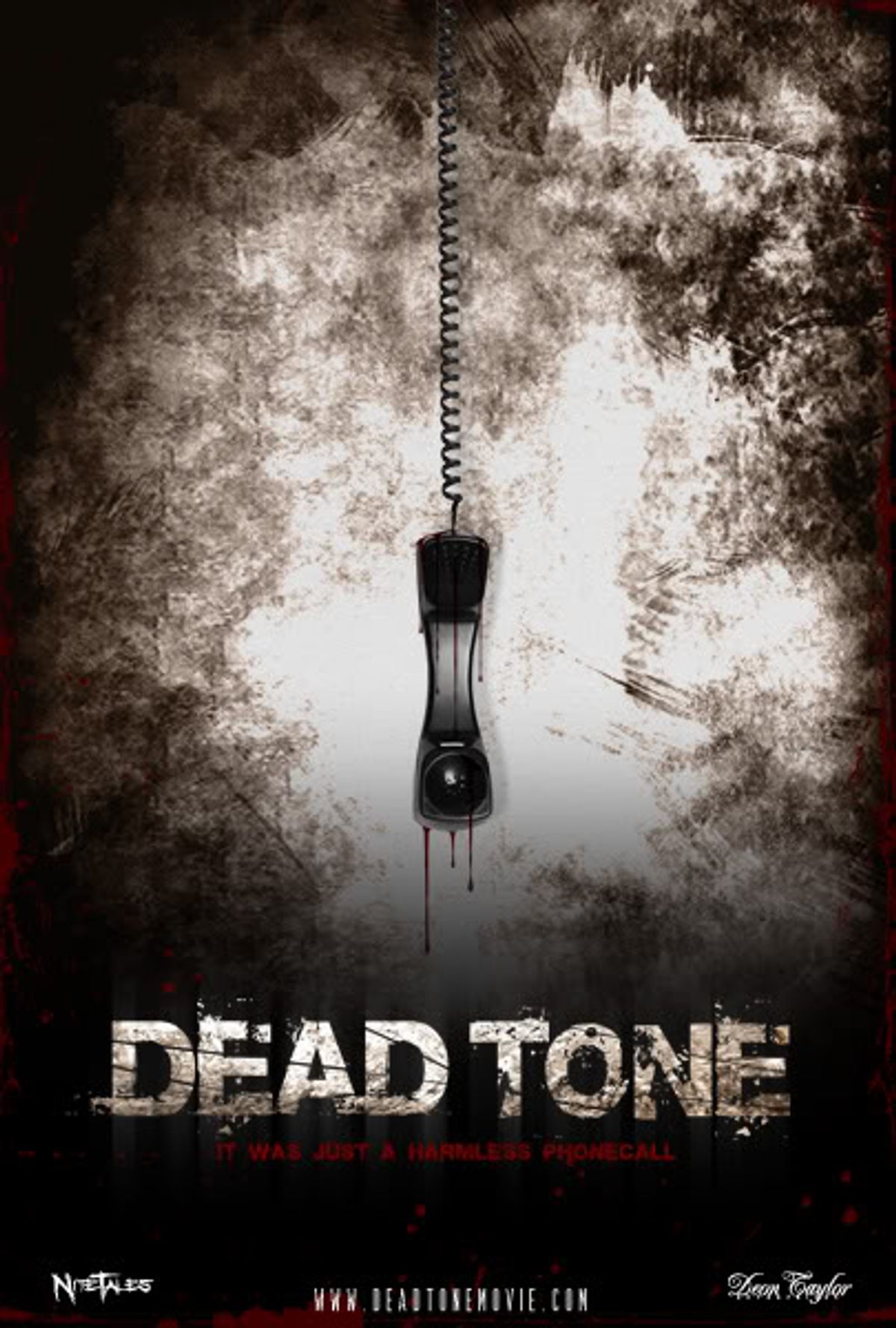 A promotional poster for "Dead Tone." Sadly, Flavor Flav is not pictured.
--

After unleashing such horrors on VH1 viewers as his romance with Brigitte Nielsen, and that woman who crapped on the stairs during the second-season premiere of "Flavor of Love," rapper turned reality-TV train-wreck Flavor Flav must have seemed like perfect horror-host material to some whacked-out producer in the San Fernando Valley. The result of this experiment in terror has been an anthology series in the vein of "Twilight Zone" or "Tales from the Crypt" called "Flavor Flav's Nite Tales," which ran on BET on Halloween and has crept onto the TBS schedule here and there. Due to these slightest straws of name recognition, we now have Flavor Flav's Nite Tales Presents 'Dead Tone,'" coming straight to DVD from Screen Media Films, those purveyors of refinement who are also releasing "Trailer Park Boys: Countdown to Liquor Day" this month.

For anyone rushing to a nearby red-box location for the promise of a nonsensical rant from Flav to cue up what Rod Serling would have called "stuff of fantasy, the thread of imagination," don't bother. Flav's 20-second appearance here is little more than a bumper tacked onto a run-of-the-mill slasher flick. All we get for our prurient interest is Flav materializing onto a digital backdrop of a castle that wouldn't even cut it on "Zomboo's House of Horror Movies" in Truckee, Calif., and saying, "I am your host, the Time Keeper." Flav then does his best Count Chocula laugh and disappears in a cheesy fog rendered by the barely adequate use of Adobe After Effects.

After the crushing disappointment of Flav's lack of intro, the film begins with an attic full of neglected kids who go on a prank-calling rampage while their parents party downstairs. They end up calling the wrong dude. We know he's the wrong dude because he has the standard-issue Hollywood-movie serial-killer voice, only this time with a slight Southern twang for extra creepiness. Some time later, after all the kids in the attic and the drunken adults downstairs have passed out, the serial-killer dude shows up with an axe and hacks all the parents to bits, leaving the kids alone. Hey, the kids' parents left them alone, so why not the ski-mask-wearing psychopath?

Ten years later, a masturbating grunge hippie is butchered with an axe. Police detective Rutger Hauer thinks there's a connection between the grunge hippy's death and the massacre from a decade earlier. Sadly, Hauer works for the worst police chief in movie history, who thinks that his biggest career mistake was "sending a suit" to investigate his jurisdiction's most grisly case of mass murder ever. What was the chief going to do instead? Send out a couple of meter maids? "Don't waste my time with murders from 10 years ago when I've got the press digging down my throat over bodies that are turning up the street today," the chief barks. Maybe there are so many bodies clogging up the streets because the police chief closes the books on multiple homicides and discourages his detectives from following any leads. Just a thought.

After the slaying of the masturbating grunge hippie, a urinating wigga is almost offed with a knife, but this is just one of those false scares that these movies have been required to provide since John Carpenter's "Halloween" in 1978. For a minute, I was thinking that I might be watching a movie where the psycho only kills dudes that are holding their junk in their hands. At least that's an original idea. Instead, "Dead Tone" doesn't give us another act of onscreen bloodshed for nearly 45 minutes. For nearly half of the movie's 99-minute runtime, we're instead treated to a house full of horrible college kids who don't get killed, have sex with their clothes on and play a stupid prank call game called "75."

When the killer finally reappears, he quickly dismembers three partygoers in an attempt to regain his mojo. He also chops up a kitchen's worth of cabinetry and smashes through a plate glass window, though nobody in the house seems to notice. When they do hear selective pieces of sound editing, they blame it on smoking weed and go back to dry-humping before finally getting killed.

Lame explanations are given during the movie's climax, but they'll only confuse the brave souls who make it that far. Also, Rutger Hauer becomes almost as scarce as Flav, only to return during the last two minutes. If you're renting this for Hauer, you should probably stick to repeated viewings of "Blind Fury" or "Ladyhawke" instead. "Dead Tone" shows up on IMDb as "7eventy 5ive," which was shot in 2005 and screened at the Sacramento Film Festival in 2007, but needed an assist from Flav to make it to DVD in 2010. And that pretty much sums this one up -- it needed Flavor Flav to attain the cinematic heights of "Megashark vs. Giant Octopus."