Kevin Smith: Too fat to fly? 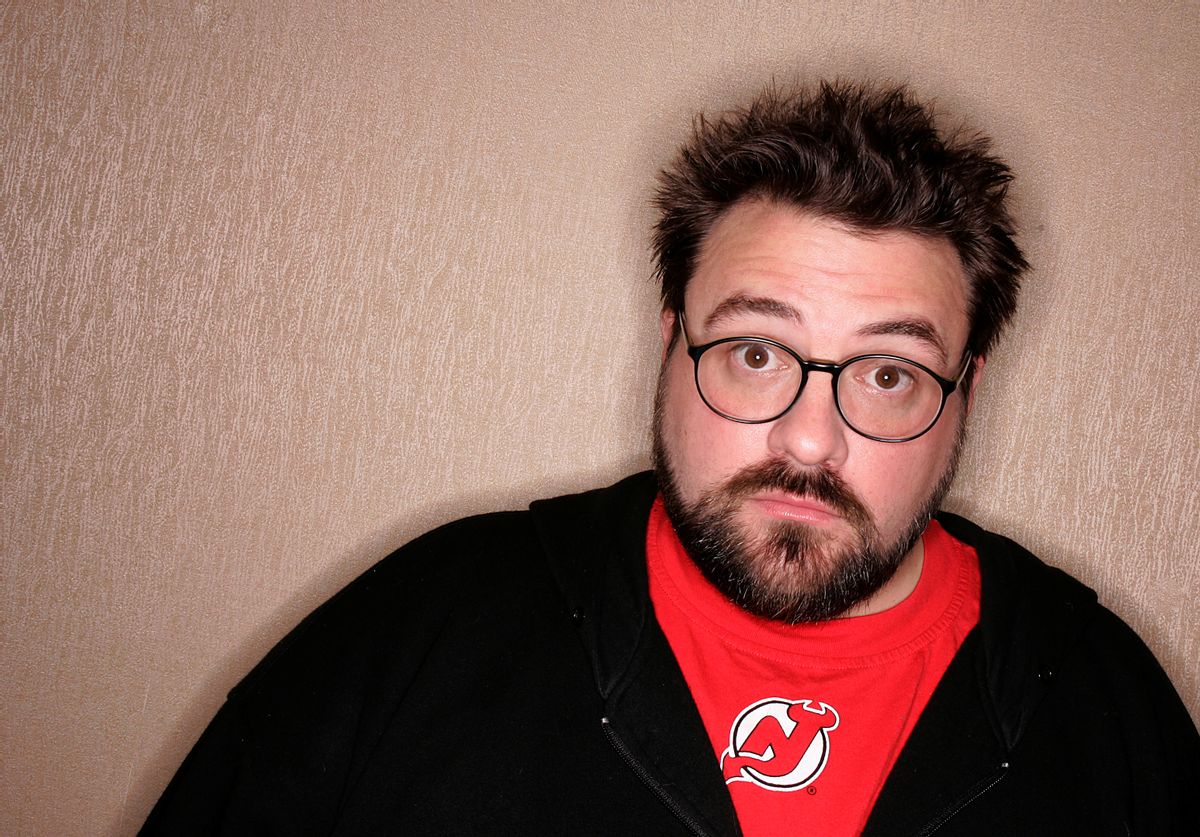 On Feb. 13, a stout 39-year-old man was escorted off an Oakland-to-Burbank Southwest Air flight on the grounds that his size presented a "safety risk." Unfortunately for Southwest, it messed with "the wrong sedentary processed-foods eater."

The man was Kevin Smith, who, in addition to being a well-known movie director, also happens to have well over a million followers on Twitter. So Smith, in addition to taking his outrage directly to Southwest, also swiftly broadcast it to the world, hurling the tweet grenade, "Dear @SouthwestAir -- I know I'm fat, but was Captain Leysath really justified in throwing me off a flight for which I was already seated?"

What happened next was a classic example of the power of social media, the changing world of corporate public relations, and our own deeply divisive attitudes about weight. Smith kept right on tweeting his expletive-rich version of the story, and his followers spread it faster than it takes to fly OAK to BUR.

Did Southwest muck it up spectacularly with regard to Smith? Sure looks like it. Smith claims that, according to the airline's own written policies, he wasn't violating any of its requirements. He could put his armrest down. He could buckle his seat belt without an extender. And even if he had exceeded the company's safety restrictions because of his size, you'd think they'd have figured out a less fat-shaming way to work with their paying customers than ignobly hauling them off the plane.

Instead, after booting Smith, Southwest lamely offered him a place on another flight and a $100 voucher. Smith understandably called BS on that, and continued to tweet his rage. "Wanna tell me I'm too wide for the sky? Totally cool. But fair warning, folks: IF YOU LOOK LIKE ME, YOU MAY BE EJECTED FROM @SOUTHWESTAIR," he wrote. He also posted a special edition of his "smodcast" on his "portly misadventure" with the unambivalent name "Go fuck yourself, Southwest Airlines."

It was a sentiment echoed by many of Smith's fans and followers, who tweeted their support and their own horror stories of public humiliation. "I must say I teared up when I read how you were treated by SW Air. I would die," wrote one Twitter follower, while another vented, "Does it matter that he's a millionaire? What matters is that we fat people get mocked by dickheads most of our lives, it's wrong." And our own Kate Harding offered her take on the dustup on her Shapely Prose blog.

Of course, along with outrage over Southwest's customer service fail came plenty of vitriol against the plus-sized. "Just because you are lazy as most obese people are doesn't mean you should get special treatment" griped a commenter on ABC News, while another noted, "You made the choice (and think it is funny) that you eat poorly and are overweight. You need to take personal responsibility for that which includes paying consequences for that weight."  A few even more cynical souls noted that the publicity storm is well-timed to the new movie "Cop Out" he has coming out later this month. Smith's tweeted response? "HA! This is the first flick of mine that DOESN'T need free publicity."

Yesterday, Southwest issued a public statement on the incident and its tussle with "not so silent Bob" explaining that Smith, who by his own admission says on his smodcast that, "When I fly Southwest, generally, I like to buy two tickets ... Even if I'm traveling alone I tend to buy two seats," was flying standby on a single ticket that fateful Saturday flight. He therefore couldn't board until the plane was full, which contributed to the ultimate mortifying event.

"Southwest instituted our Customer of Size policy more than 25 years ago," the airline continued. "The policy requires passengers that can not fit safely and comfortably in one seat to purchase an additional seat while traveling."

It was a carefully crafted and decidedly unheartfelt response to a very human experience, and one that will not likely satisfy customers already skeptical of an airline that has also 86'ed miniskirt wearers and toddlers. Nor did it address Smith's claims that he did in fact meet the airline's size restrictions. (Smith, meanwhile, made it on to another flight -- and taunted Southwest with "Hey @SouthwestAir! Look how fat I am on your plane! Quick! Throw me off!")

But though the situation is now somewhat resolved, it highlighted a dilemma facing Southwest -- and every other airline in the sky. Kevin Smith is not the only fat guy in America, nor is he the biggest. Southwest's corporate embarrassment is just a spectacularly public version of a scenario being played out on flights all over, every day.

There are no easy answers. I don't want to see people penalized and humiliated by being kicked off airplanes they've already boarded. And Southwest's ejection of Smith highlights how easy it is to get these safety policies wrong wrong wrong.

As I've written before, I also have flown next to individuals who clearly did not fit into their seats, who didn't hesitate to snap up the armrest and help themselves to my space. So if we're ranting about corporate sizeist unfairness, surely we can also spare some griping for the person who gets on an airplane with the expectation that the thin person next to him has real estate to surrender. Guess what -- slender people don't have a monopoly on being rude.

And without any extensive knowledge of physics, I'm pretty sure airplanes cannot become efficiently airborne if they exceed certain weights -- that's not discrimination, that's danger. It's not a simple case of one person, one ticket, when the laws of aerodynamics themselves tell us it's about the weight of craft -- especially when you're dealing with those smaller Oakland to Burbank style shuttle planes.

Mocking the overweight -- telling them it's their fault if they're big and they can "fly cargo" if they don't like it -- doesn't do anything to solve the problem. But there's also a vast difference between that level of cruelty and what ought to be a clear-eyed assessment of potential safety and comfort. Is it biased to acknowledge that? While Smith may indeed fit comfortably in one of those indisputably horrible, too small airline seats, a lot of people can't -- and that's not going to change. Airlines have to figure out how to accommodate all their passengers, regardless of size, in a way that's safe, equitable and not embarrassing -- for everybody. Because there are a lot more people with phones and Twitter accounts than there are planes in the sky.