Math no longer tough for Barbie

The fashionista gets a high-tech makeover 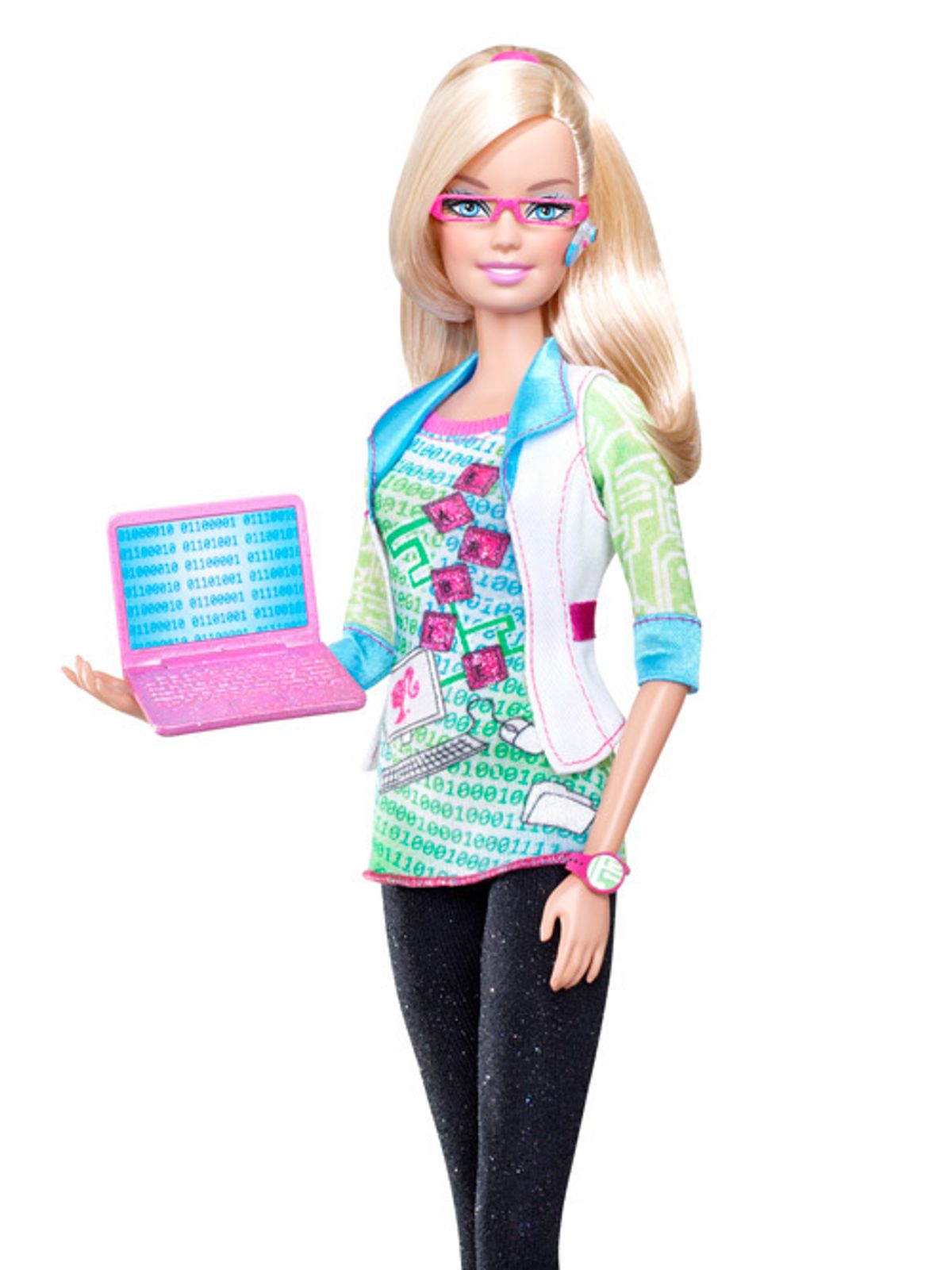 She's on the other side of 50, and her career has been all over the place. Now after a resume-busting 125 jobs, the world's favorite blonde has settled into a new position – Barbie is going to become a computer engineer.

Ever willing to reinvent herself – and to reach out in the medium of the moment, the former cat burglar/McDonald's cashier/mermaid/United States president has, over the past few months, been asking her friends and fans to decide her next vocational venture. The nerdosphere has spoken, and the girl who once famously declared "Math class is tough" is going tech. This being Barbie, however, she's doing it her way – with a sleek pink laptop, matching hot pink eyeglasses, Bluetooth headset, sparkly black leggings and a binary-festooned t-shirt. Imagine the action she must have gotten at MIT in that getup. And this being Barbie, she's also not going to be content with a single career path. Along with programmer Barbie, who won the popular vote, Mattel will roll out news anchor Barbie, who aced the girls-only vote, later this year.

In the real world, math anxiety is still holding back not just plenty of girls but also the teachers trying to educate them. But if Barbie can overcome it to rock the geek, maybe she can encourage little girls to do likewise. And she can remind them it's OK to aspire to be something other than princesses – even if they do still want to do their coding in pink.