New life for the public option?

Despite a tough reelection race, Sen. Michael Bennet, D-Colo., signs on to push for a healthcare public option 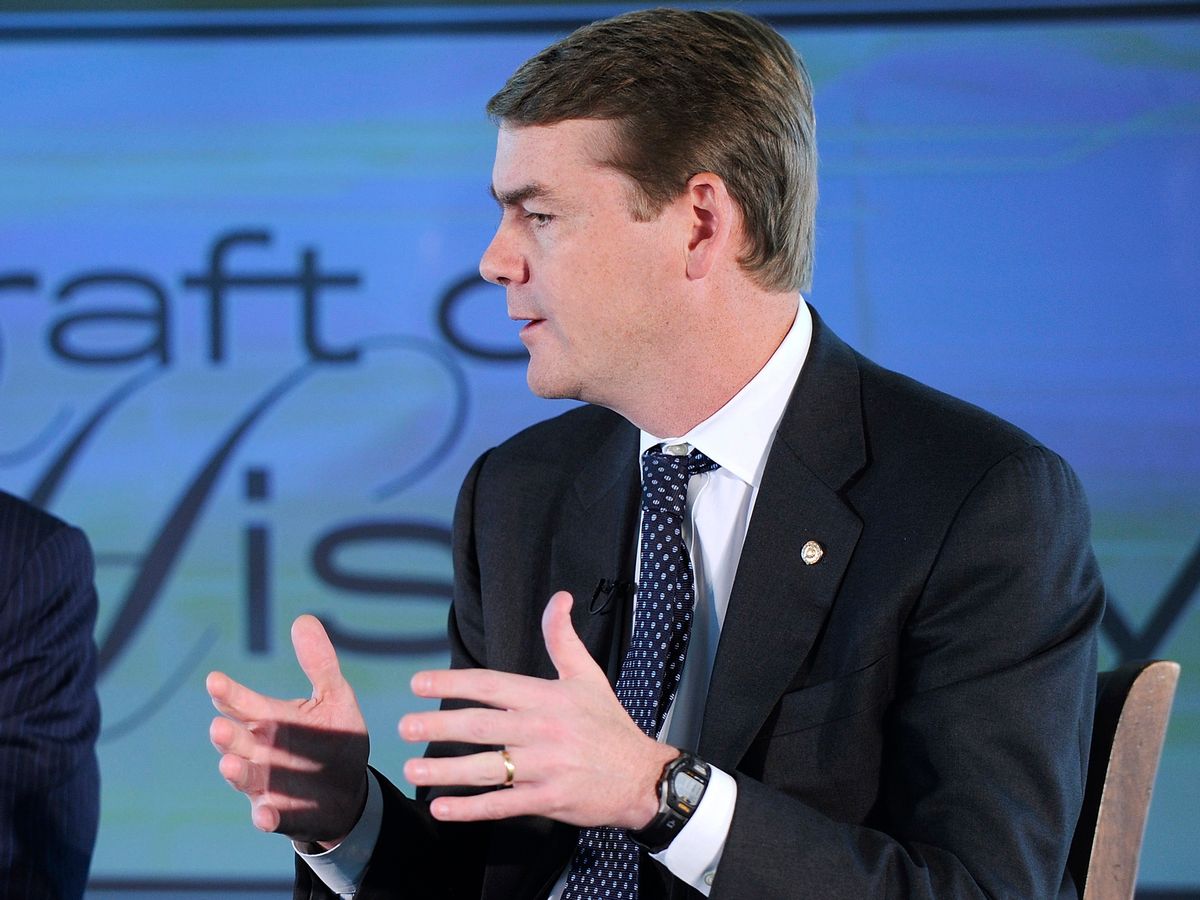 Education experts New York City Department of Education Chancellor Joel Klein (L) and U.S. Senator Michael Bennet (D-CO) speak during an interview at the Newseum in Washington October 1, 2009. The interview is part of the first day of the First Draft of History event, held by the Atlantic Magazine and the Aspen Institute to bring together newsmakers, historians and journalists. REUTERS/Jonathan Ernst (UNITED STATES POLITICS EDUCATION) (Â© Jonathan Ernst / Reuters)
--

One of the Senate's most vulnerable Democrats is joining a call to pass a public health insurance option through the budget reconciliation process -- which could give a jolt to efforts to push a stronger bill through Congress than what the Senate has already passed, even after Democrats lost their supermajority.

Sen. Michael Bennet, D-Colo., signed a letter to Senate Majority Leader Harry Reid Tuesday afternoon, asking for the public option to be included in whatever legislation Congress passes to merge the House and Senate healthcare reform bills. Another potentially vulnerable Democrat, Sen. Kirsten Gillibrand of New York, also signed the letter, as did Oregon's Jeff Merkley and Ohio's Sherrod Brown. Colorado, a classic swing state, could be one of the key battlegrounds in November, and progressives say Bennet's decision to sign the letter should push some of his colleagues to do the same.

Though Congress is out of town this week, the reconciliation process is getting some buzz Tuesday. The idea is for the House to pass the Senate's more conservative healthcare bill, and then for both chambers to pass, using reconciliation, a measure to "fix" the Senate bill by incorporating some of the House's more progressive ideas. That would only take 51 votes in the Senate, which means the GOP couldn't filibuster it with their 41-vote minority.

Progressives are lobbying for Democratic leaders to make the bill even stronger -- if you only need 51 votes, why worry about holding onto conservative and moderate Democrats? With Gillibrand and Bennet joining the call -- despite what could be tough reelection campaigns in the fall -- activists are hoping to show that the public option is the smart political choice for all Democrats. "Every day, it becomes increasingly clear that the best way to 'fix' the original Senate bill is to pass the highly popular public option through reconciliation," said a joint statement from the Progressive Change Campaign Committee, Democracy for America and Credo Action, the three groups who pushed the letter. "It's the populist reform that the House will need in order to pass both bills together and the key change Democratic and Independent voters will need in order to believe in health care reform again and show up in 2010." The groups blasted an e-mail out to their members, asking them to contact their own lawmakers and get them to sign the letter, as well.

The political angle isn't necessarily all about November. Bennet has a potential primary challenge from the left ahead of him before he has to worry about the general election, and Gillibrand is courting liberals in New York in preparation for a primary bid by former Tennessee Rep. Harold Ford Jr. Still, the fact that two vulnerable lawmakers are getting out ahead of the charge could help give some momentum to healthcare reform efforts, after weeks of bad news. And Bennet certainly didn't sound conflicted about the issue. "Too many people in Washington believe that just saying you are for health care reform is a substitute for actually getting something done," he said in a statement. "While some choose to stall progress under the pretext of principle, more and more Americans are losing the health care coverage they need."