Why is the former vice president so confident that he can boastfully confess war crimes with impunity? 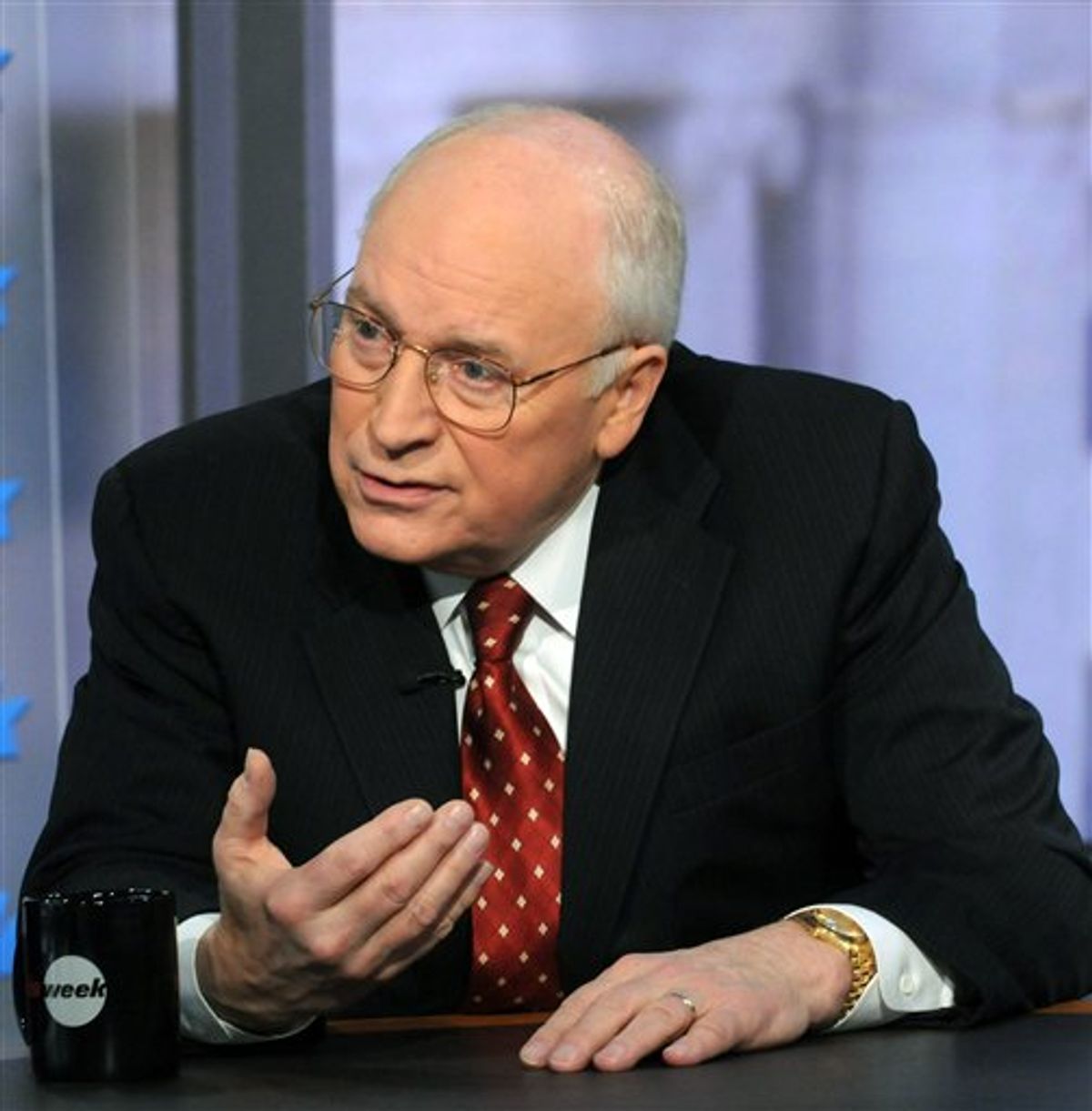 Dick Cheney went on ABC News this weekend and boasted of the role he played in ordering the waterboarding of detainees.  Andrew Sullivan has written several posts accurately describing this statement as a "confession of committing a war crime on national television."  Harper's Scott Horton identifies the specific criminal statute Cheney confessed he violated, makes clear that -- as the Attorney General himself previously said -- there is no reasonable debate possible regarding the criminality of waterboarding under U.S. and international law (notwithstanding the efforts of Politico and friends to pretend otherwise), and then asks:  "What prosecutor can look away when a perpetrator mocks the law itself and revels in his role in violating it?"

In general, people who commit felonies avoid publicly confessing to having done so, and they especially avoid mocking the authorities who fail to act.  One thing Dick Cheney is not is stupid, and yet he's doing exactly that.  Indeed, he's gradually escalated his boasting about having done so throughout the year.  Why?  Because he knows there will never be any repercussions, that he will never be prosecuted no matter how blatantly he admits to these serious crimes.  He's taunting the Obama administration and the DOJ:  not only will I not hide or apologize, but I will proudly tout and defend my role in these crimes, because I know you will do absolutely nothing about it, even though the Attorney General and the President themselves said that the act to which I'm confessing is a felony.  Does anyone doubt that Cheney's assessment is right?  And isn't that, rather obviously, a monumental indictment of most everything?

I'll be participating in two events in New York City next week, both open to the public.  On Thursday, February 25, at 6:00 p.m., I'll be speaking at NYU School of Law's Center on Law and Security, about civil liberties and related matters, with NYU Law Professor Stephen Holmes moderating the event and with a substantial Q-and-A session afterward; information is here.  The same week, I'll be on two truly excellent panels as part of the New School's Conference, "Limiting Knowledge in a Democracy."  Ticket information and all of the panels are here, and you'll see why I'm excited about participating in this Conference if you look at the agenda.

UPDATE:  What would stop a future President (or even the current one) from re-authorizing waterboarding and the other Bush/Cheney torture techniques if he decided he wanted to?  Given that both the Bush and Obama administrations have succeeded thus far in blocking all judicial adjudications of the legality of these "policies," and given that the torture architects are feted on TV and given major newspaper columns, what impediments exist to prevent their re-implementation?