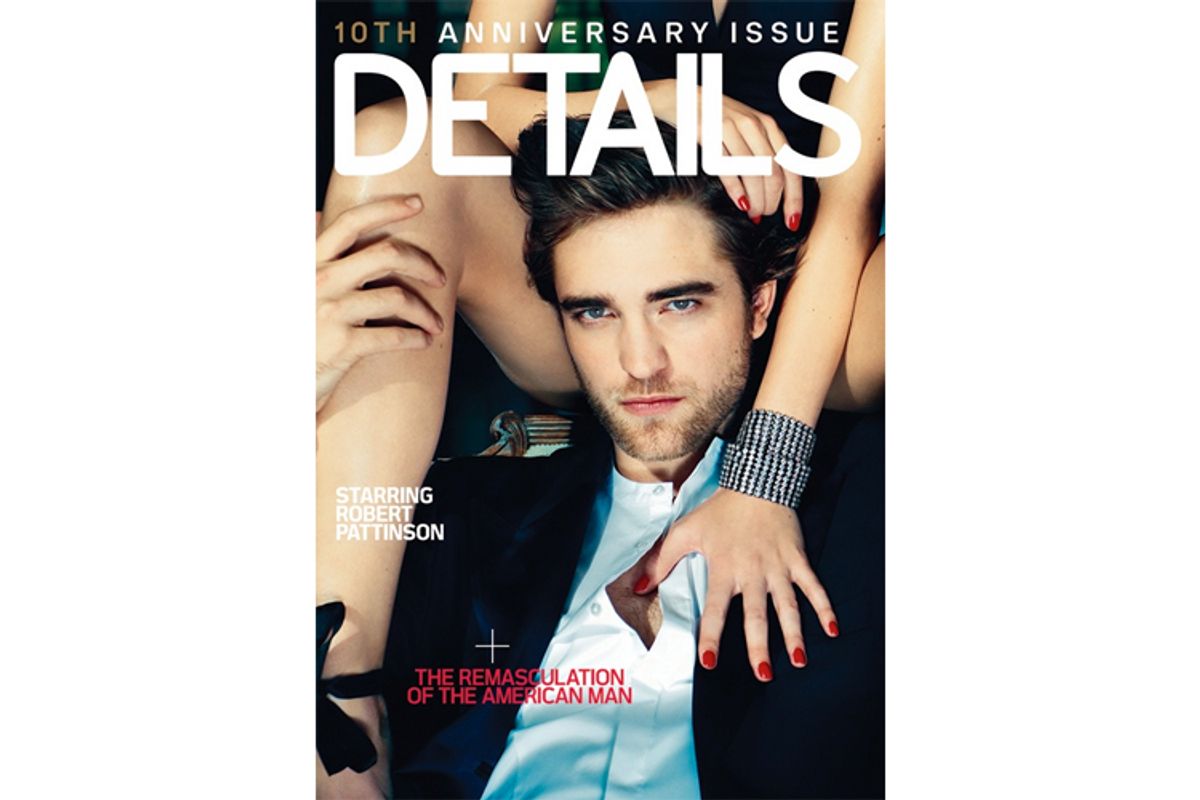 It's been a rough couple weeks for fan girls. First, John Mayer was revealed to be an even bigger douche than ever previously thought possible, and now there comes news that "Twilight's" Robert Pattinson hates vaginas. I'm not taking poetic license here -- in the March issue of Details, the guy says, and I quote: "I really hate vaginas. I'm allergic to vagina." Are you trying to tell us something, R-Pattz?

He announces his aversion to lady parts while talking about the NSFW photo spread he did for the magazine, which features female models in various states of undress. He goes on to say:

But I can't say I had no idea, because it was a 12-hour shoot, so you kind of get the picture that these women are going to stay naked after, like, five or six hours. But I wasn't exactly prepared. I had no idea what to say to these girls. Thank God I was hungover.

A gay male friend e-mailed to offer his exegesis:"That's the exact same thing I said when I came out to my mom!" Indeed, Details does have a reputation for being an in-the-closet men's magazine.

Ah, but take heart, Twihards -- maybe he was just making a bad joke! As a Gawker commenter points out, there's a British joke about a man complaining to his doctor that he has a vagina allergy, because every time he sees one, his penis swells. Ah-ha-hah, hilarious. Of course, if that's what he was going for, he butchered the line. Then there's the possibility that he's a raging misogynist in real life -- kind of like the much lusted-after character he plays in "Twilight"! Or maybe constantly being surrounded by rabid female fans of all ages has simply made him a little vagina-weary.

But, no matter. If Bella can get over Edward's all-consuming desire to kill her, R-Pattz fans can hardly let homosexuality, misogyny or a bad sense of humor get in the way of their love, right?