As the Down syndrome gag hits a nerve, we realize: Sometimes, the former Alaska governor is actually right 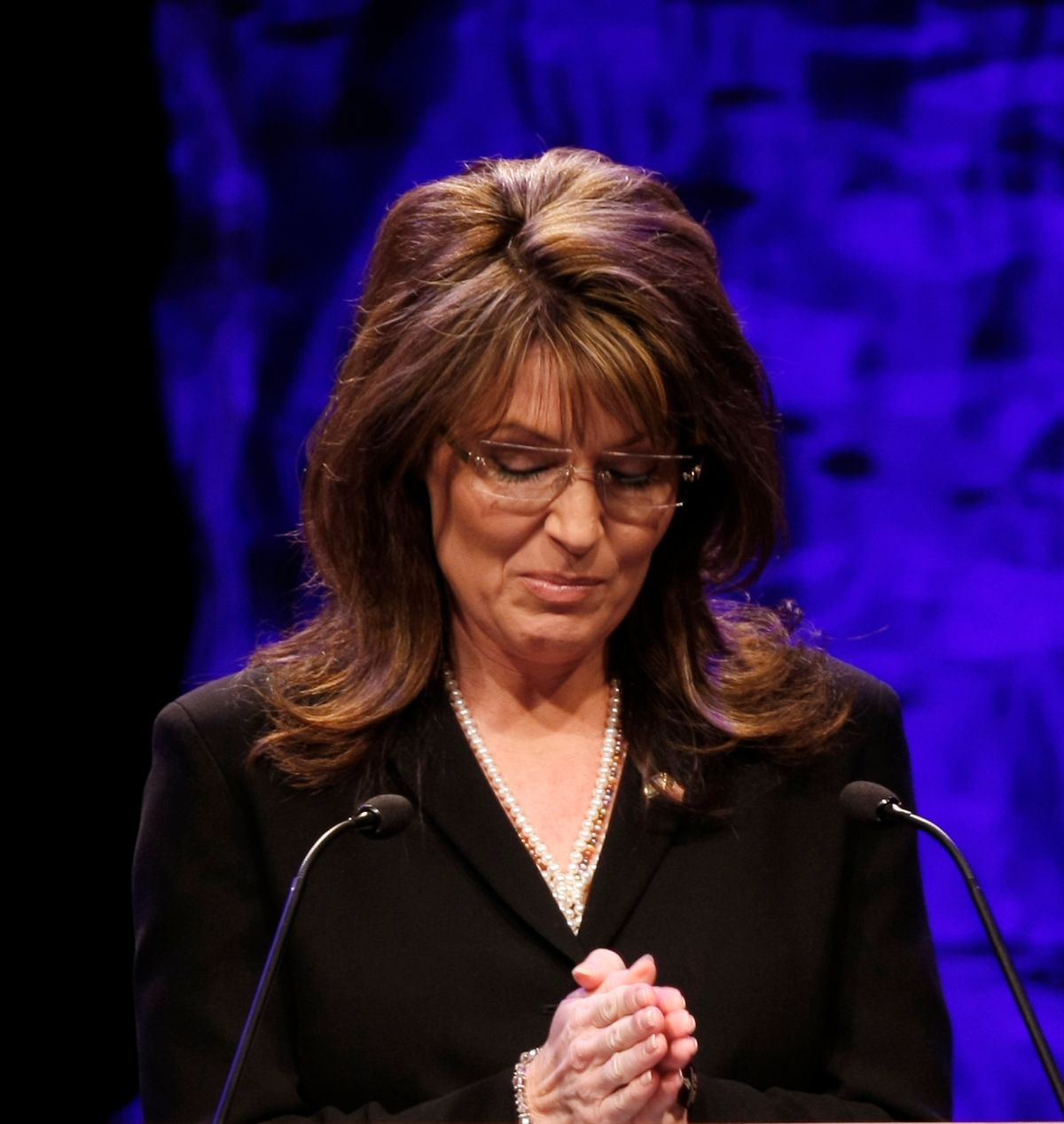 Former vice-presidential candidate Sarah Palin and animated series "Family Guy" have a lot in common. They're both obvious, humorless and wildly, inexplicably popular -- and they're both in the employ of the Fox Broadcasting Co. So you'd think they'd get along like a house on fire.

But when the Seth MacFarlane series, never coy about making a cheap joke, featured a storyline on Sunday's episode in which the Griffin family's none-too-bright middle child Chris fell for a "special" girl named Ellen, it was just a matter of time before it would get around to stepping on hockey mom toes. And when Chris and Ellen went on a date, Ellen lurchingly explained that her father is an accountant -- and her mother is the former governor of Alaska.

It didn't take long for said former governor of Alaska -- and mother of 22-month-old Trig, who has Down syndrome -- to fire back. In a Facebook entry posted last night titled "Fox Hollywood -- What a Disappointment," Palin was uncharacteristically taciturn. "People are asking me to comment on yesterday’s Fox show that felt like another kick in the gut," she wrote. "Bristol was one who asked what I thought of the show that mocked her baby brother, Trig (and/or others with special needs), in an episode yesterday. Instead of answering, I asked her what she thought. Here is her conscientious reply, which is a much more restrained and gracious statement than I want to make about an issue that begs the question, 'when is enough, enough?'"

Below the post was a statement from Trig's big sis Bristol, who is famously the mother of a young son herself. "When you’re the son or daughter of a public figure, you have to develop thick skin," she wrote. "My siblings and I all have that, but insults directed at our youngest brother hurt too much for us to remain silent. People with special needs face challenges that many of us will never confront, and yet they are some of the kindest and most loving people you’ll ever meet. Their lives are difficult enough as it is, so why would anyone want to make their lives more difficult by mocking them? As a culture, shouldn’t we be more compassionate to innocent people -- especially those who are less fortunate? Shouldn’t we be willing to say that some things just are not funny? Are there any limits to what some people will do or say in regards to my little brother or others in the special needs community? If the writers of a particularly pathetic cartoon show thought they were being clever in mocking my brother and my family yesterday, they failed. All they proved is that they’re heartless jerks."

I've got to hand it to them -- when the Palin women are right, they're right. The "Family Guy" episode wasn't just a bomb because of the low blow at Palin (seriously, doesn't the woman give us enough to legitimately criticize her for?), but for the overall insensitivity -- and, just as egregiously, the witlessness -- of the whole plotline. There's no topic in the world off-limits -- even in comedy. Nay, especially in comedy. But contrast the way "Glee" skillfully handled a Down syndrome story last fall with baby Stewie's observation of Ellen's eyes: "The spacing seems a tad off, but yeah, individually they're not awful." (There's also a musical number featuring Stewie referring to the "special Down syndrome girl" as "that little whore.") In the end, of course, Ellen turns out to be as big a creep as any of the regular kids. Ooh, progressive!

We get that it's "Family Guy's" job to be all shocking and taboo breaking. But maybe they can stick to picking on targets their own size instead of mocking the disabled. Because I don't want to have to find myself agreeing with Sarah Palin again for a long time.