The 11 Democrats who will decide the fate of healthcare reform

To pass healthcare reform through reconciliation, Senate Democrats need at least two of these wavering votes 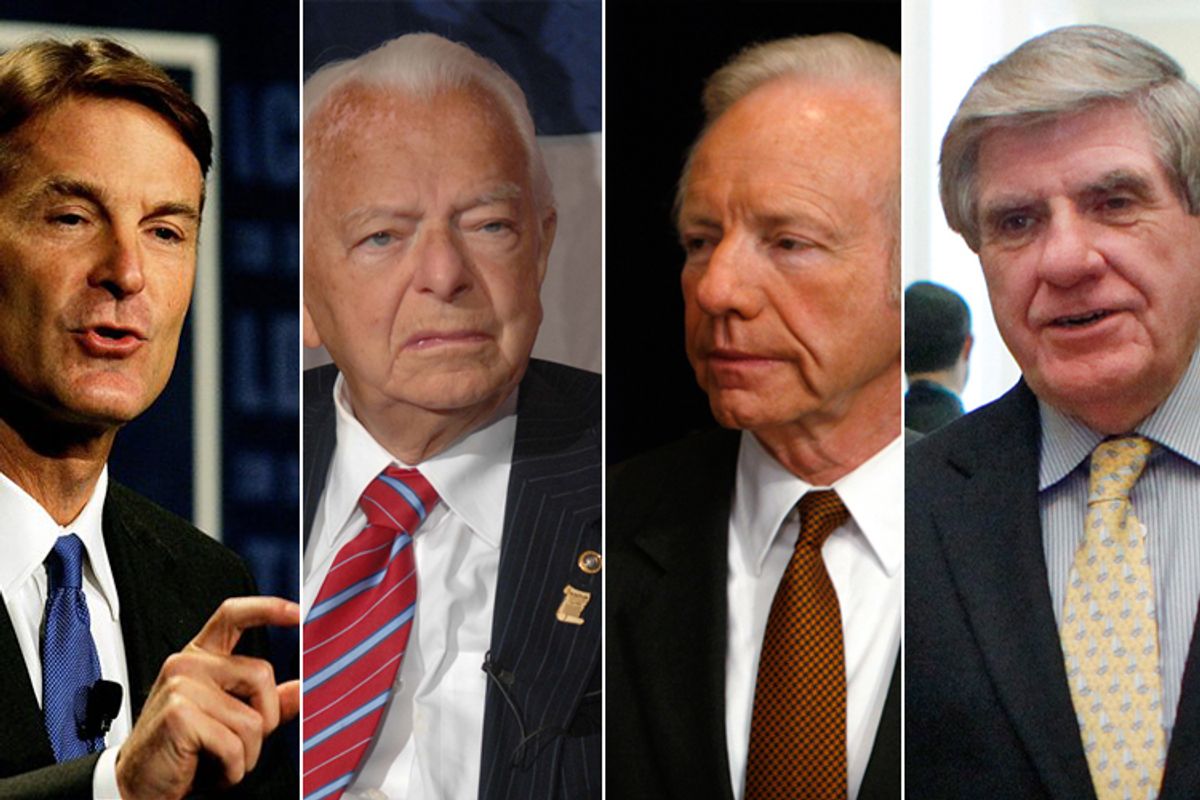 The White House is convening a healthcare reform "summit" next week, with Republican and Democratic leaders from the House and Senate. But now that Democrats have lost their 60-vote Senate supermajority, it's already clear that the options for passing reform legislation have dwindled down to a very short list. Armed with a newfound zeal for filibusters, the GOP won't let the Senate pass any new healthcare bills. So the House will have to pass the bill the Senate has already finished, and then a separate measure, which would "fix" parts of the Senate bill that the House doesn't like, would pass through the budget reconciliation process.

Thanks to the Senate's complicated rules, that would leave Democrats needing to find 51 votes for healthcare reform, not the 60 that now look completely out of reach. But even with the 59 seats the Democrats (or like-minded independents) control, getting just those 51 votes could be tricky. The reconciliation bill will need to be carefully tailored, to make sure it doesn't leave itself open to challenges from the GOP. And Senate Majority Leader Harry Reid of Nevada may still need to put some pressure on anxious members of his caucus to make sure they stay in line. "You get right down to 51 votes" in whip counts, one Senate Democratic aide says. Colorado Sen. Michael Bennet's decision to send a letter asking Reid to include a public insurance option in a reconciliation bill gave some hope to Democrats who had wondered if he would even support using reconciliation.

It's worth pointing out that aides aren't even sure it'll come down to counting votes. The House has insisted the Senate pass a reconciliation "fix" before the House votes on the Senate's underlying bill, and so far, officials haven't figured out the logistics of how to do that. "Amending a bill -- through reconciliation or otherwise -- when the bill itself hasn't passed yet -- it's kind of hard," one source told Salon. But if reform gets around that hurdle, here's a look at the Senate Democrats who aides say are most likely to break off and vote with Republicans against healthcare reform if it comes up in reconciliation. (Keep in mind, if the going gets really hard, Reid only needs to find 50 votes; Vice President Biden can break a 50-50 tie.) If Democrats can get two or three of these wavering votes, they should be able to pass the bill. If not, it might finally die.

Sen. Joe Lieberman, I-Conn. Lieberman, an "Independent Democrat" who was technically elected to the Senate on the "Connecticut for Lieberman Party" ticket, has caused as much trouble for Democrats on healthcare as he usually does on foreign policy issues. To win his vote in December, Reid agreed to drop a proposal to open Medicare to anyone over 55 who lacked insurance. Lieberman had already insisted that the Senate drop any other form of public health insurance option. As far as the reconciliation vote goes, he may as well be the 42nd Senate Republican.

Sen. Ben Nelson, D-Neb. Another frustrating member of the caucus for Democratic leaders. Nelson is the main reason the House is rebelling against the idea of passing the Senate bill without a promise to fix it later; the "Cornhusker kickback" he demanded in exchange for his vote in December has disgusted lawmakers and voters alike. Nelson has sent conflicting signals about reconciliation, though. He was against it last fall, but told Nebraska reporters last month he might support the tactic if he liked the provisions in the reconciliation bill. For now, aides aren't exactly considering him a reliable vote.

Sen. Blanche Lincoln, D-Ark. Lincoln, who's in a very tough battle for reelection, was another late convert to the reform bill's cause last fall, voting for the Senate legislation only after she got some money for abstinence-only education added in. But she has made it quite clear that she won't vote for reconciliation "I am opposed to and will fight against any attempts to push through changes to the Senate health insurance reform legislation by using budget reconciliation tactics that would allow the Senate to pass a package of changes to our original bill with 51 votes."

Sen. Evan Bayh, D-Ind. The Senate's newest lame duck has been saying for a while that he would oppose using reconciliation to pass reform, calling it "ill-advised" last month. Which is pretty typical for a guy who often seems to see bipartisan votes, rather than any specific policy outcomes, as the ultimate goal of legislation. But now that Bayh isn't running for reelection, might his vote be in play? "Bayh might do it now, because what the fuck does he have to worry about?" a Senate Democratic aide says.

Sen. Mary Landrieu, D-La. Another conservative Southern Democrat who doesn't like the image reconciliation would send -- or rather, the image the GOP would paint of Democrats somehow forcing the country to accept healthcare reform just because a majority of both chambers of Congress favors it. "I'm not for using reconciliation for healthcare -- I'm just not," Landrieu said a few weeks ago after a Democratic caucus meeting with President Obama. "If we couldn't get a bill through the Congress that had broad support, I said we shouldn't have a bill." Getting her on board would probably require better messaging than Reid's office and the White House have managed so far. There's no particular reason why a majority vote should be seen as insufficient for passing reform, but lawmakers like Landrieu will need more political cover than they've found so far if they're going to support the tactic.

Sen. Robert Byrd, D-W.Va. How much of a stickler is Byrd for the Senate's rules about what can and can't be passed through budget reconciliation? So much of a stickler that the main rule governing the process is named for him. Byrd cast an emotional vote for the Senate healthcare bill in December, saying it was for the late Ted Kennedy, but his love of Senate precedent might carry the day.

Sen. Kent Conrad, D-N.D. The chairman of the Senate Budget Committee, Conrad is also a bit of a stickler on reconciliation. Generally, he's opposed to passing policy proposals that way. But if he likes what a healthcare reconciliation bill would do, aides say he could vote for it. "Could reconciliation, that process, be used to fix things that might be improved upon? Yes," he told reporters the day after the Massachusetts Senate special election.

Sen. Mark Pryor, D-Ark. Put Pryor in the same category as Lincoln and Landrieu -- he'd very much like to avoid having to be the 51st vote for a healthcare reform bill that passes on party lines. He told Arkansas reporters last month that reconciliation wasn't his first choice and (perhaps wistfully) that he didn't think Reid would try it. But he says he's not firmly opposed to the idea, telling Politico recently he would "cross that bridge when I get to it."

Sen. Tom Carper, D-Del. Carper's vote may depend on how narrowly a reconciliation measure is drafted. He met with moderate House Democrats late last month and said he'd be open to using the tactic to push through some fixes. But like Conrad, he gave the impression last year that he was definitely opposed to using reconciliation to pass an entire comprehensive bill. Progressives' dreams of including a public option in reconciliation, for example, might not fly with Carper.

Sen. Jim Webb, D-Va. Often unpredictable, Webb has been pretty quiet about specific legislative tactics on healthcare reform. But his early warning after the Massachusetts election that Democrats shouldn't try to pass anything before Sen. Scott Brown, R-Mass., was seated has some aides wondering how Webb would vote on reconciliation.

Sen. Mark Begich, D-Alaska Another freshman Democrat from a state that voted handily for John McCain over Obama in 2008. Begich hasn't said much publicly about reconciliation, but he said late last month he had "reservations" about the idea. Like most of these other wavering Democrats, his office didn't immediately respond to requests for comment on the idea.