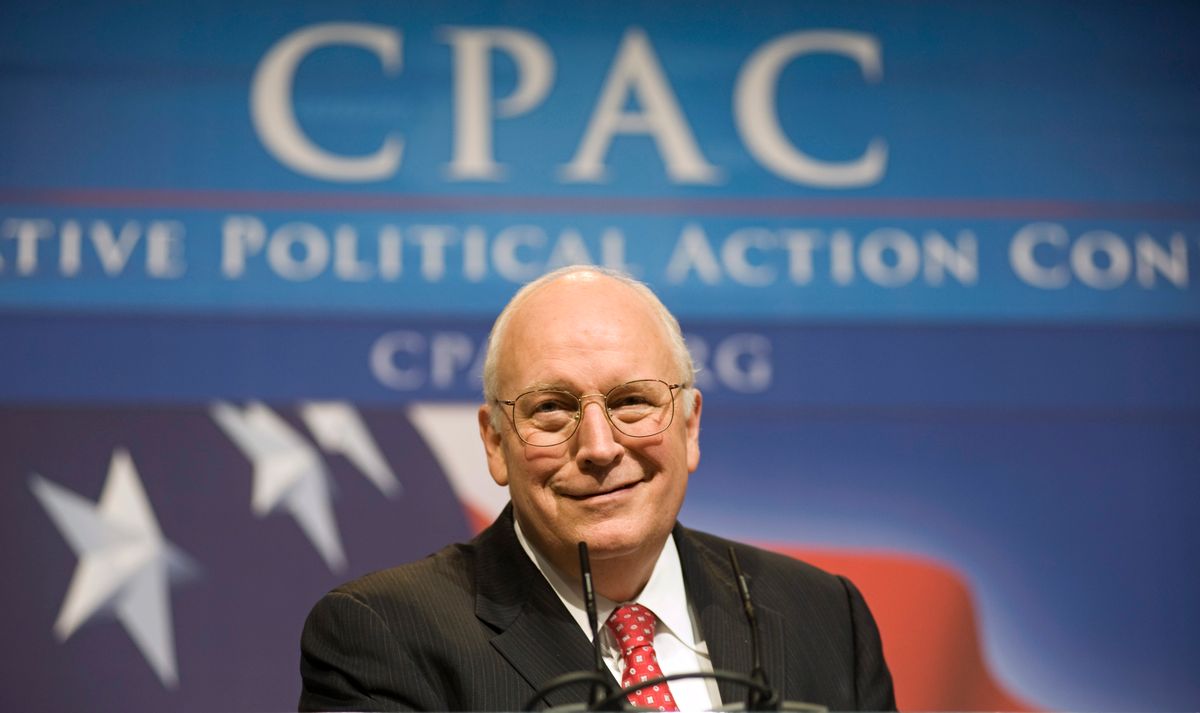 It was almost as good as Ronald Reagan himself showing up.

Dick Cheney just made a surprise appearance at CPAC, strolling out to the stage after his daughter Liz Cheney finished speaking and said she'd brought him along. Check out the ovation he got:

"A welcome like that is almost enough to make me want to run for office again," he said, drawing more cheers. "But I'm not gonna do it." He did offer a prediction, though: "I think 2010 is going to be a phenomenal year... and I think Barack Obama is going to be a one-term president."

And with that, he vanished backstage again.