Boehner: GOP will "walk amongst" the tea party crowd

The House minority leader says Republicans, if they win power this fall, will work with the conservative activists 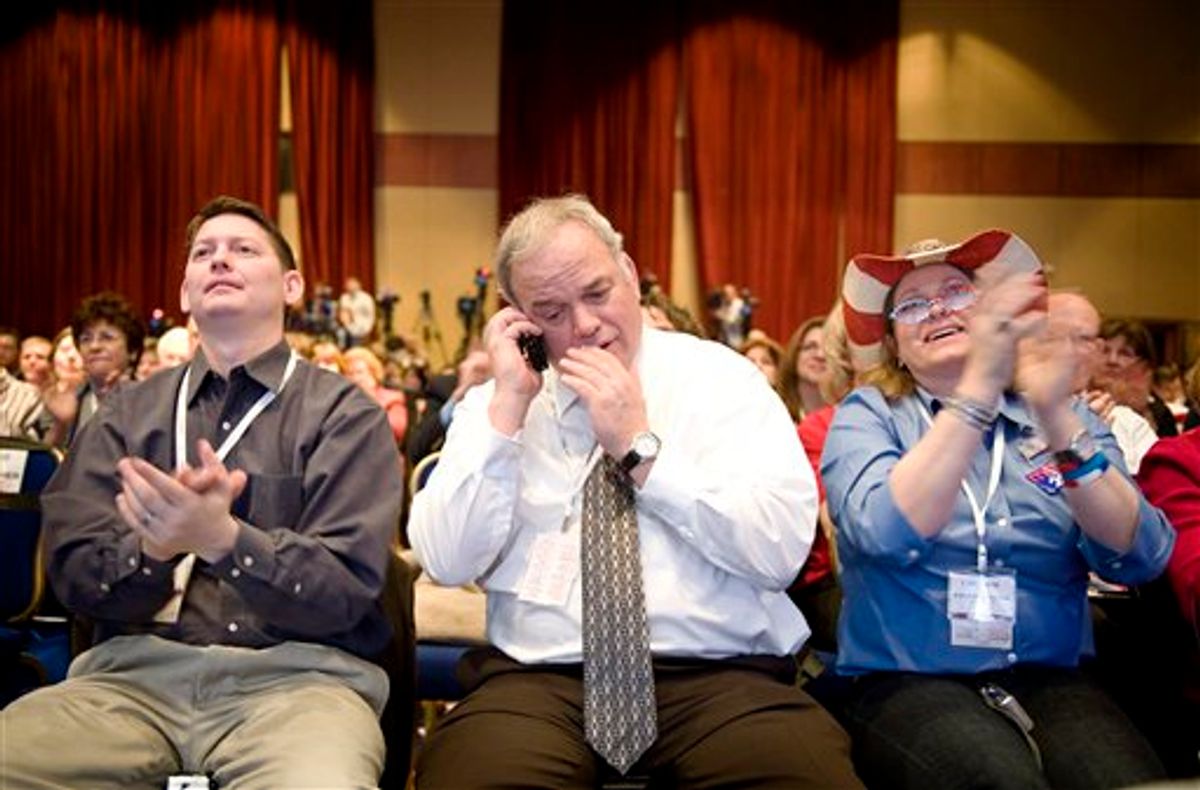 If Republicans take back the House this fall, expect the tea party crowd to have quite a bit of sway with the party in power.

Boehner also tried to look ahead a bit to what a Republican House would do. But most of what he talked about involved process, not policy -- post legislation online, ban earmarks dropped in at the last stage of legislation, outlaw earmarks that name things after the lawmakers who wrote them. The policy will come later this year, he said.

"In the months ahead, we're going to tell the nation exactly what we'd do differently if we're entrusted with their power," Boehner said. "But it's not going to be a document handed down from on high that would land with something like a thud, all right? It's going to be built by listening. We're going to listen to things like the Contract for America. We're going to listen to things like the Mt. Vernon statement ... Our manifesto, whatever it will be called, will come from the people who are really in charge of the country, and that's the American people."

Stay tuned, in other words, for a better glimpse of the GOP future. Just remember: It'll look a lot like a tea party.