The presumptive GOP front-runner stands up for George W. Bush while going after Obama 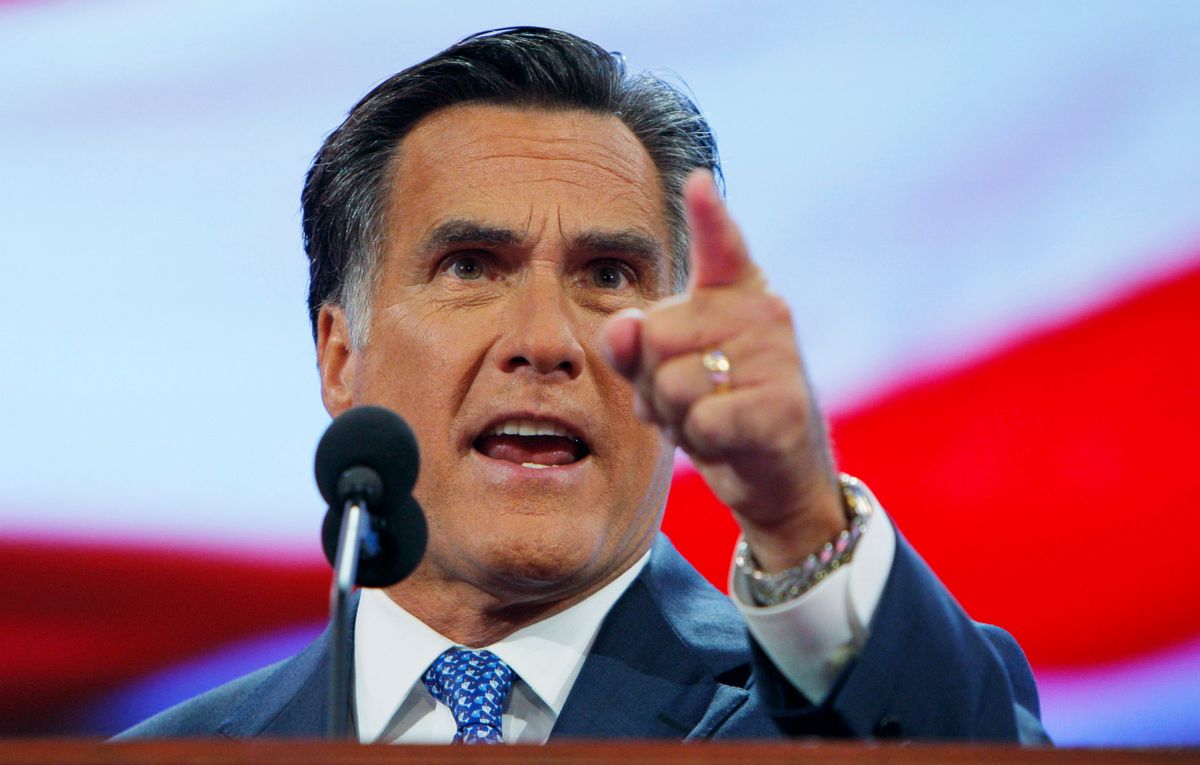 Has a year's worth of tea parties and bogged-down healthcare reform legislation made it safe for Republicans to talk about George W. Bush again?

Mitt Romney apparently thinks so. During a well-received speech at CPAC (where people crammed into the ballroom to listen), the once-and-future Republican presidential candidate launched into a defense of the Bush administration.

When it comes to shifting responsibility for failure, however, no one is a more frequent object of President Obama's reproach than President Bush. It's wearing so thin that even the late night shows make fun of it. I am convinced that history will judge President Bush far more kindly -- he pulled us from a deepening recession following the attack of 9/11, he overcame teachers' unions to test school children and evaluate schools, he took down the Taliban, waged a war against the jihadists and was not afraid to call it what it is -- a war, and he kept us safe. I respect his silence even in the face of the assaults on his record that come from this administration.

It was a bit of a surprise; Romney filled the rest of his speech with plenty of red meat for the room aimed at Obama, and Bush -- with his free-spending ways, not to mention the state he left the Republican Party in -- isn't the most popular figure among hardcore conservatives right now. Talking about Bush again could reflect the growing optimism among Republicans about the 2010 elections, some of which Romney can claim some credit for. His campaign team helped Sen. Scott Brown win a Massachusetts special election last month, and Brown made a surprise appearance to introduce Romney's speech. "He really means it when he says he's committed to rebuilding the Republican Party," Brown said. For Romney, trying to consolidate his position as the GOP front-runner, contrasting Bush with Obama -- who's even less popular at CPAC -- may have just been another way to build support by going after the man he'd like to run against in 2012. "I think people have grown tired of President Obama's 'blame Bush' strategy of avoiding responsibility for his own mistakes," one Romney advisor told Salon. "It's about time someone called him on it."

But Democrats weren't exactly disappointed with the attack. The Democratic National Committee highlighted a report on Romney's remarks minutes after he spoke. And it's not at all clear that a debate over which administration left the country in worse shape is the winning path for the Republicans in the next election.