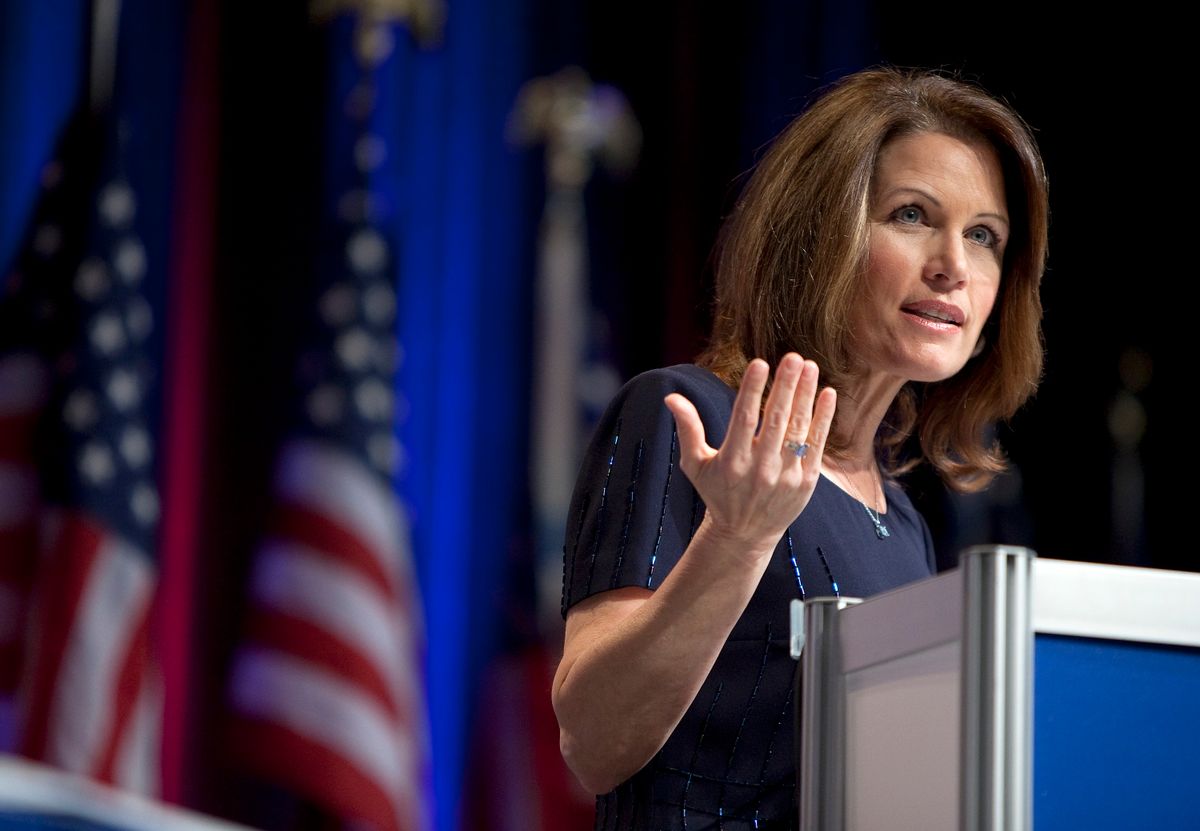 Barely 24 hours after Dick Cheney took the stage to a roaring ovation, Rep. Michele Bachmann, a Minnesota Republican and a national darling of the tea party set, plastered a picture of Bush on the enormous monitors flanking the podium here during her speech Friday. It was a shot of the billboard that appeared off I-35 in Wyoming, Minn., featuring Bush smiling goofily with the caption, "Miss me yet?"

And after two days of CPAC, it's safe to say the answer here -- shockingly, really, considering the way conservatives felt Bush had betrayed their ideals by the time he left office -- is "yes." There are stickers dotting the hotel that read, "Defend Bush." A "Draft Cheney" movement, aimed at the 2012 presidential election, is trying to organize votes for him in a straw poll. Some conservatives are spreading rumors that Bush himself might show up, though there's really no indication that will actually happen (besides, when you've got Glenn Beck Saturday night, is there room for another guy with the initials G.B.?).

But Bachmann being Bachmann, she didn't just look back to the 2000s. She also looked back to the 1770s. Her speech dwelled on the Founding Fathers and the Revolutionary War extensively, even by the nostalgic standards of CPAC. "They chose us," Bachmann said breathlessly. "They chose greatness for us. They were wise, and they gave us a legacy unlike any in the recorded annals of all human history." She started telling war stories from the battle against the British; it was safe to say that Queen Elizabeth would be in some danger if she walked into the room. At some point, to be honest, I tuned out a little bit, and let my mind wander back to the normal world outside the Marriott's ballroom. About a minute later, I realized Bachmann was still telling a war story. But this one involved torpedoes and GIs drowning in the ice, so apparently she had skipped ahead to World War II.

The lessons she drew from the Founders, though, didn't entirely jibe with her fondness for the Bush era. The brilliance of America, Bachmann told us, is that government derives its power from the consent of the governed. "It's a beautiful story," she said. And it's one that has lessons for today: "You mean, like if two-thirds of the American people repudiate a policy like the job-killing government takeover on healthcare, you mean government might listen? Yes, that's exactly what the Founders were thinking."

Ignore, for a minute, the fact that the polls don't really show two-thirds of anyone repudiating anything, and go with Bachmann's logic. What would the Founders say about all the gauzy memories of a president who left office with a 22 percent approval rating?