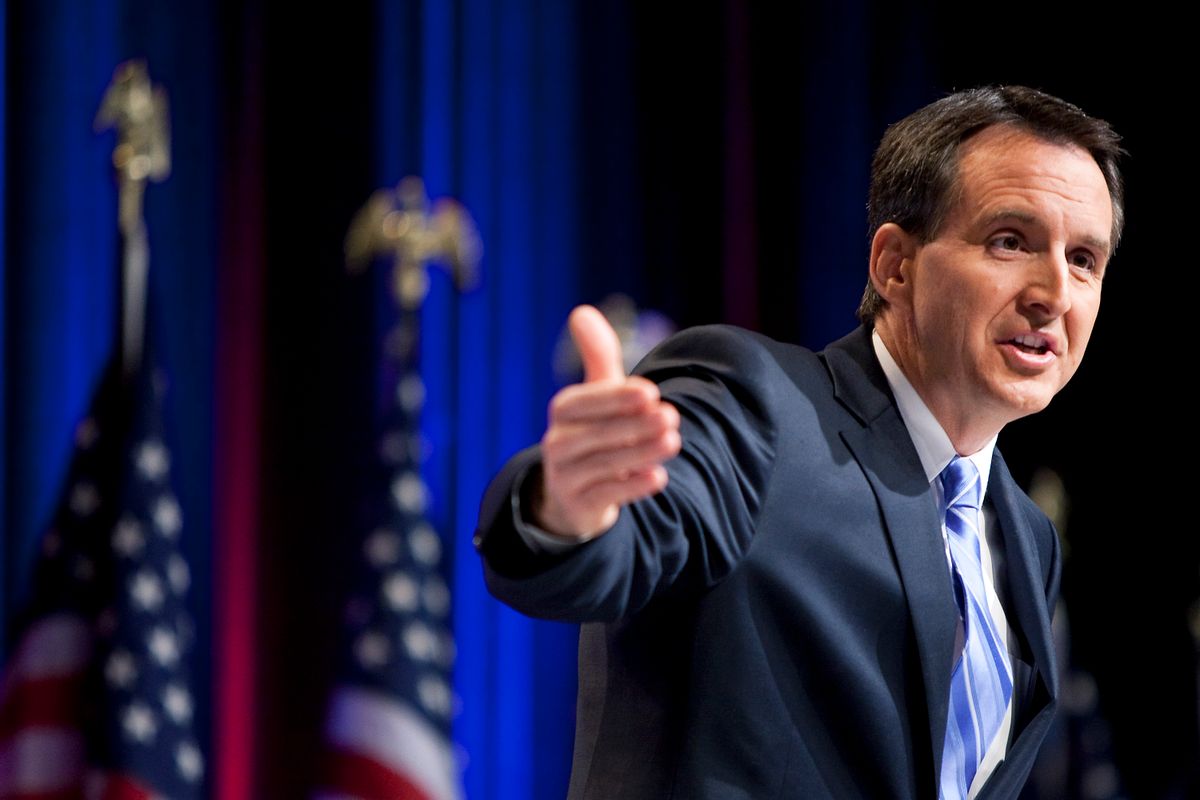 Tiger Woods is likely to dominate the news Friday, keeping all but true political junkies away from CPAC coverage. So Minnesota Gov. Tim Pawlenty apparently decided he'd try to latch onto the main story.

Speaking to the conservative conference just now, Pawlenty went for an unusual metaphor to incite rebellion against government overreach.

I think we can learn a lot from this situation. Not from Tiger -- but from his wife. She said, "I've had enough!" She said, "No more!" I think we should take a page out of her playbook, and take a 9-iron and smash the window out of big government in this country.

Which, considering reports that Elin Woods actually caused some not-insignificant injuries to Tiger during their fight over his infidelities, isn't really all that funny if you think about it much.