At CPAC, Joe Stack ignored -- or joked about 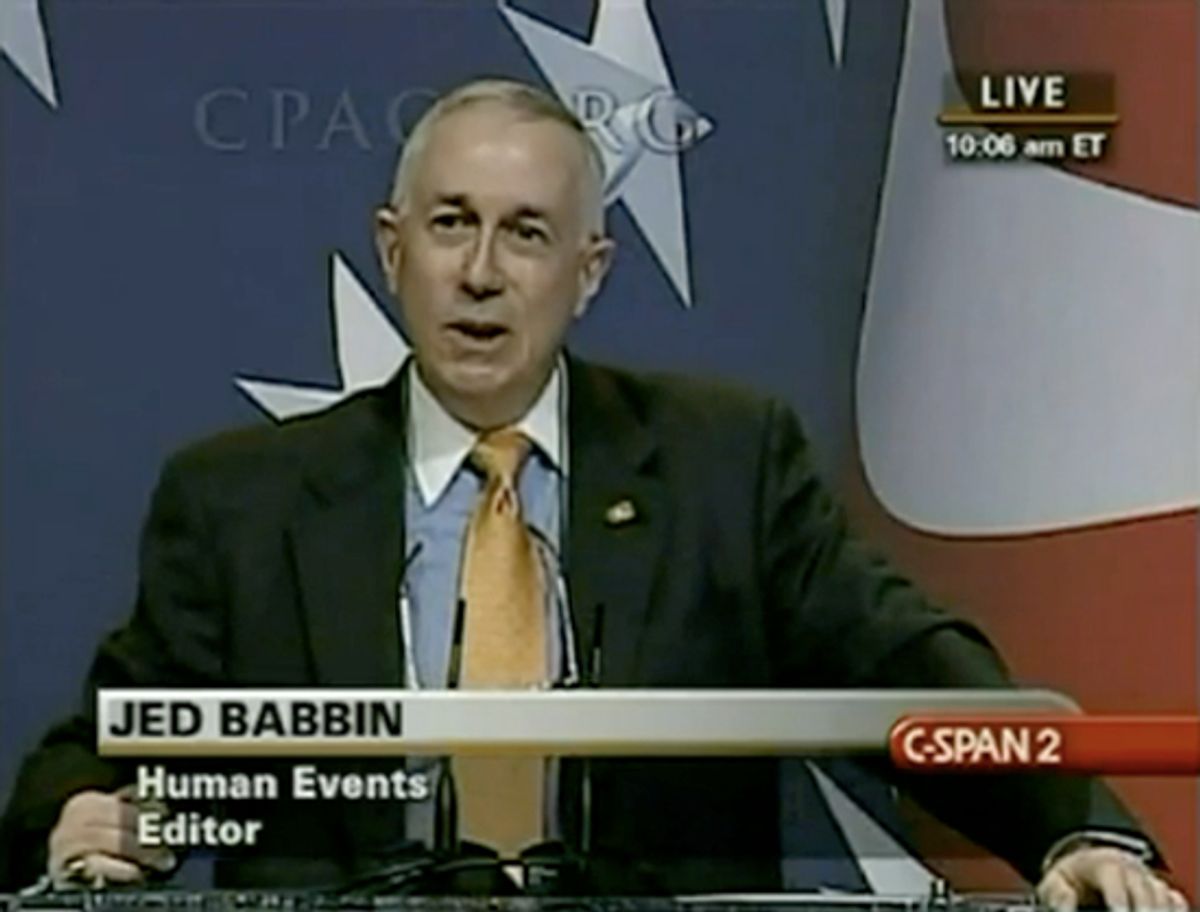 Speakers at CPAC haven't been shy about griping about the way the Obama administration handled the Christmas Eve attempted bombing of a Northwest Airlines flight. Just Friday morning, for instance, Minnesota Gov. Tim Pawlenty said one of his main new ideas (in what he plans to make an idea-driven campaign for the 2012 GOP nomination) was, "No more giving Miranda rights to terrorists in our country!"

But almost no one has found much reason to bring up a more recent instance of what could pretty easily be called terorrism -- Joe Stack's suicidal flight into an IRS office in Austin, Texas, on Thursday, as CPAC was getting started. The whole day of speeches went by Thursday without so much as a mention or a pro-forma expression of sympathy for anyone injured in the crash.

Until Friday morning, that is. Introducing Grover Norquist, the rabidly anti-tax conservative activist, Human Events editor Jed Babbin cracked a joke about the incident. "I'm really happy to see Grover today," Babbin said. "He was getting a little testy in the past couple of weeks. And I was just really, really glad that it was not him identified as flying that airplane into the IRS building."

Watch video of the joke here (thanks to Media Matters for America for providing Salon with the clip):

As Salon editor Joan Walsh argued Thursday, trying to pin Stack's actions on the right wing might be unfair -- yes, he may have hated paying taxes, too, but sometimes a suicide attack is more act of madness than political statement. Still. You'd think CPAC might be able to find a middle ground between ignoring the incident and making light of it.