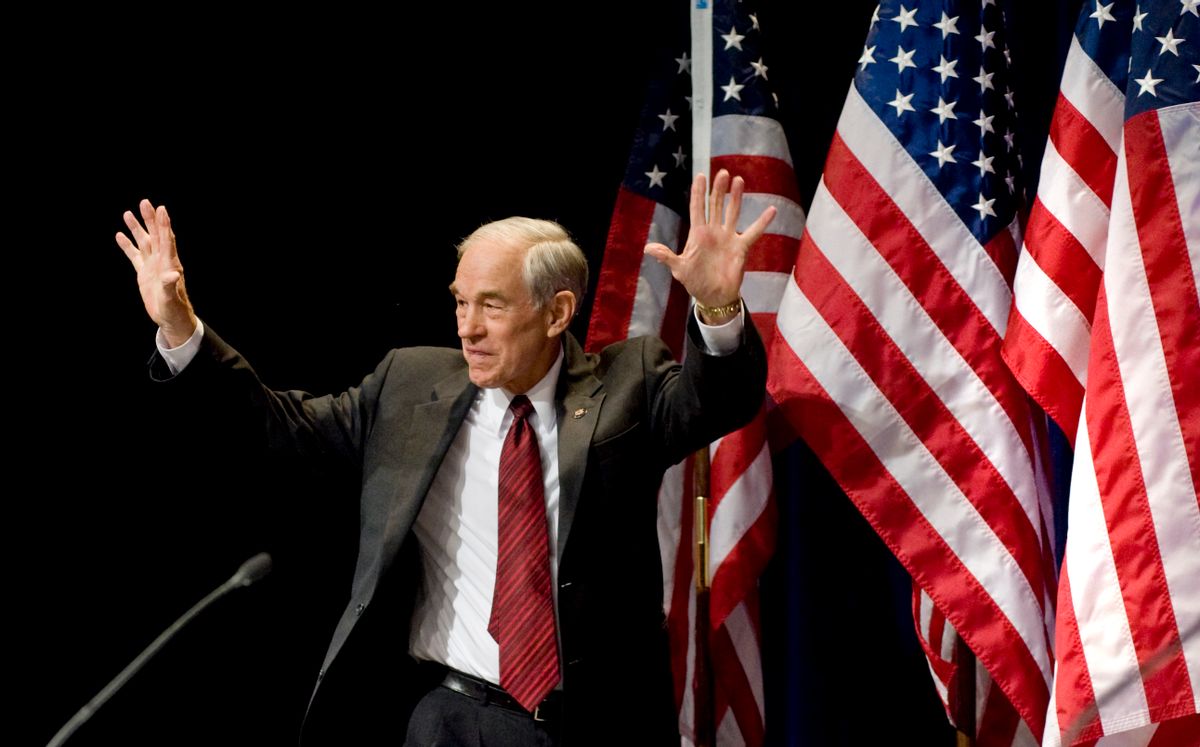 The revolution lives: Ron Paul stormed to a big win in the CPAC presidential straw poll.

The libertarian hero -- whose faithful followers packed the hall for most of the conservative conference's three days -- took 31 percent of the vote. Mitt Romney, who had won the last three straw polls in a row, came in second, with 22 percent. Sarah Palin, who didn't show up to speak here, was third, with 7 percent. Tim Pawlenty -- who did show up -- was just behind her, at 6 percent. So was "undecided," which also got 6 percent. The other runners-up: Newt Gingrich, 4 percent; Mike Huckabee, 4 percent; Mitch Daniels, 2 percent; Rick Santorum, 2 percent; John Thune, 1 percent; Haley Barbour, 1 percent; write-in, 5 percent.

That didn't please the crowd in the ballroom as the results were announced -- the room booed loudly, and cheered wildly for Romney, Palin, Pawlenty and pretty much anyone who wasn't Paul.

Nearly 2,400 people cast ballots, out of about 10,000 CPAC attendees. More than half of them were between 18 and 25 years old. One other figure stood out: 2 percent of respondents said they approved of the job President Obama is doing, and 2 percent also said they had a favorable impression of both Nancy Pelosi and Harry Reid. Presumably, they were joking. Or Democratic plants.

The results don't really mean much; as one GOP pollster told Salon just as CPAC started, "Winning a straw poll two years before Iowa, New Hampshire and the rest is the equivalent of being homecoming queen in high school. It's pretty neat and means you are popular right then, but it doesn't mean anything for the rest of your life."

And it mostly just shows that Paul, who has about as much chance of winning the GOP nomination in 2012 as Obama does, has a very devoted following among the conservative activists who flock to gatherings like this.

GOP pollster Tony Fabrizio, whose firm conducted the survey, did find that 53 percent of respondents were not satisfied with the possible field of candidates -- which only helps underscore the fact that 2012 is a long way off.