This week in crazy: State Sen. Mark Madsen of Utah 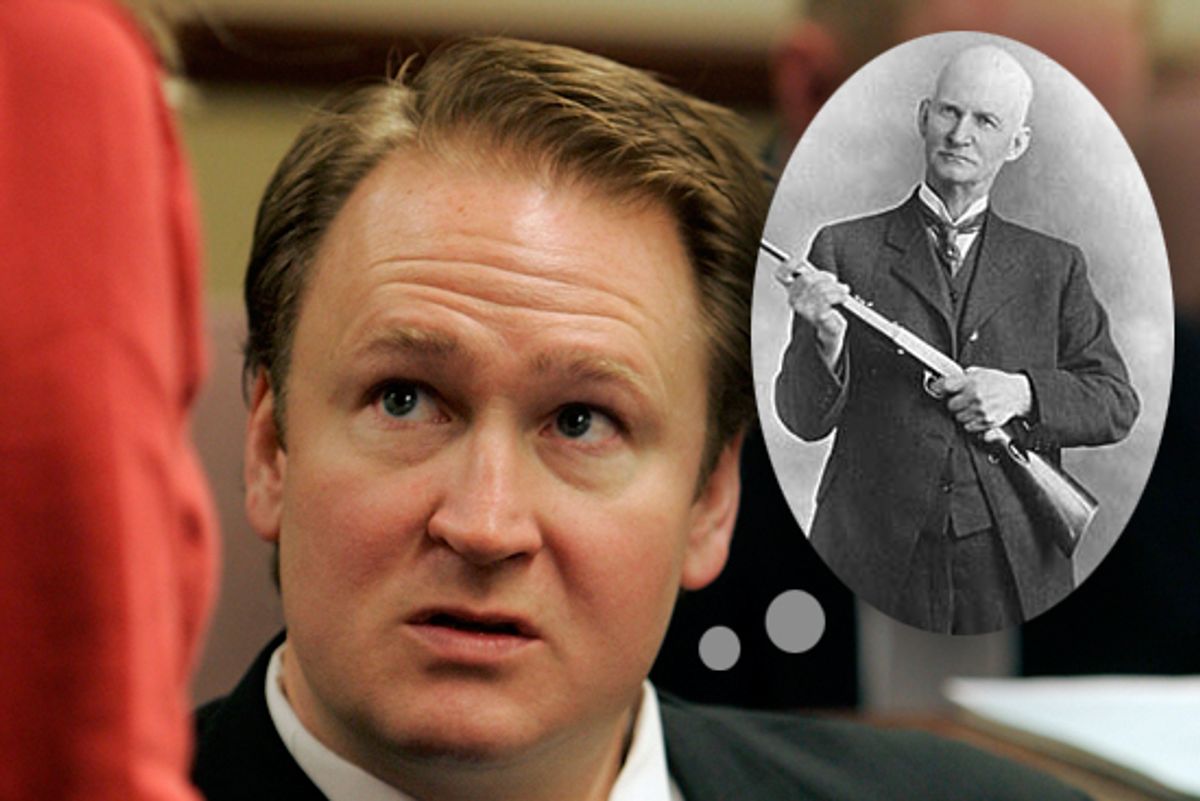 Some holidays just naturally go together. The proximity between the February birthdays of George Washington and Abraham Lincoln, for example, makes them a natural pairing for one all-purpose, sale-a-bration-centric day off. But trying to combine an assassinated civil rights leader's day of remembrance with the birthday of a gun manufacturer? That's just wack.

And yet this week, Utah state Sen. Mark Madsen, R-Eagle Mountain, took a shot at just that, submitting a bill to the state proposing a "John M. Browning State Holiday." Though the text of the bill itself was left blank, the Salt Lake City Tribune reported that "a draft has been circulating in the Senate that would combine the current King holiday with a celebration of Browning, an Ogden native and one of the most significant pioneers in firearms manufacturing."

Madsen told the Salt Lake City Tribune this week that he never officially chose Martin Luther King Day as Browning Day but had "considered it." Announcing his intention to meet with the NAACP on the matter, he told Utah's Daily Herald that he saw the two holidays as "complimentary" [sic], adding, "We'll see if they can take it in the spirit it's intended. If the race baiters are out there looking for an opportunity, I'm not going to give it to them. I'll walk away and find another day."

Was it an opportunity for race baiters, or maybe just sanity advocates? Either way, the head of the local NAACP, Jeannetta Williams, told reporters, "Here you have a man, Dr. King, who was assassinated -- and then you're going to put his name along with a person who was a gun manufacturer? The whole state of Utah would be looked at in a very bad way if something like this were to pass."

Fortunately, Madsen quit while he was -- if not exactly ahead, at least not a total international laughingstock. By the end of the week he had beaten a hasty retreat from the whole plan, stating, "We don't want to go where we're not wanted. I had an idea to honor an international icon and a favorite son of Utah and got backed into race politics."

Even now, he still sees parallels between the two accomplished Americans. "Both made tremendous contributions to individual freedom and individual liberty," he said in a brilliantly unconvincing display of rationalization. And so, for his truly outstanding insensitivity, willful determination to stick his foot in his mouth, and not understanding that a man who preached nonviolence probably shouldn't share the bench with a gun maker, we believe the senator deserves a holiday of his own. We'd like to call it "Mark Madsen Is Crazier Than a Soup Sandwich Day."