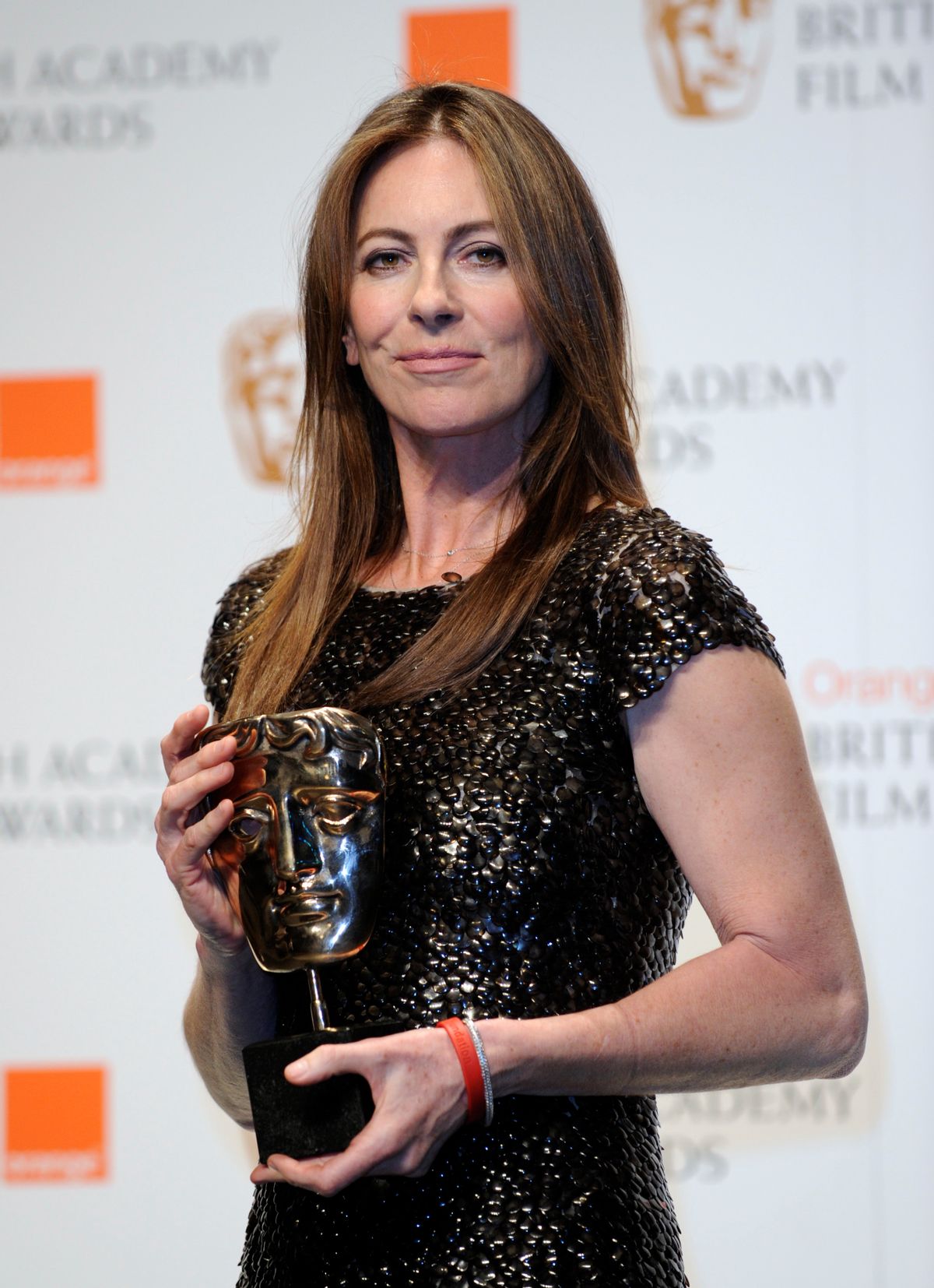 Kathryn Bigelow poses with her award for Best Director for "The Hurt Locker" at the British Film and Television Arts (BAFTA) award ceremony at the Royal Opera House in London February 21, 2010. REUTERS/Toby Melville (BRITAIN) (Reuters)
--

Bigelow, who is set next to direct a pilot for HBO, bested ex-husband James Cameron and "Avatar" to become the first female to win a BAFTA for directing. Last month she became the first female honored with the DGA award. (She lost to Cameron at January's Golden Globes). Speaking to reporters backstage after her win, Bigelow said, "With Jim, we’re very good friends. I think we’re proud of each other and I think that’s there for a long time.”

Bigelow dedicated her award to "never abandoning the need to find a resolution for peace."

Considering that women still represent only about seven percent of the members of the Director's Guild, Bigelow's victory isn't just a solitary win. Sure, women have helmed some of the biggest grossing films of the last few years – including "Twilight," "Mama Mia!," and "It's Complicated." But those films have also tended to be dismissed as typical female or family fare, and been shut out of the prestige party. Whatever happens at the Academy Awards in March, Bigelow's win – along with Oscar's acting noms for female-directed films "Julie and Julia" and "An Education" prove a point long overdue – that a great film by a woman doesn't have to be a typical chick flick, it can be, simply, a great film. As Bigelow said Sunday night, "Women’s struggle for equity is a constant struggle, so if this can be a beacon of light, then wonderful."