The American Pediatric Association cracks down on franks and other choking hazards, but are they overreacting? 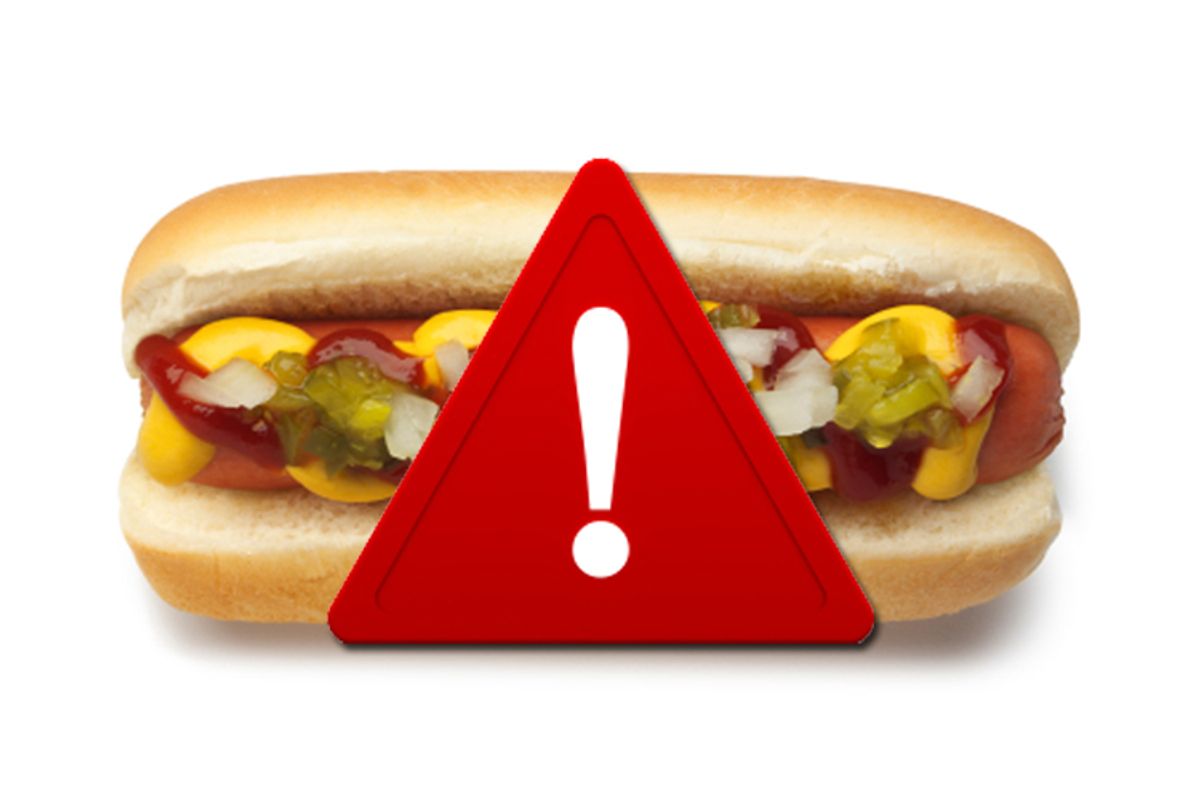 Would a hot dog still be a hot dog if it weren't shaped like a dachshund? Would we love it just the same if it were round?  Mull it over, because the American Academy of Pediatrics is asking frank-makers to build a better wiener, one that's safer for kids.

In a report that appeared in today's Pediatrics journal, the AAP called for manufacturers to "design new foods and redesign existing foods, including meat products, to avoid shapes, sizes, textures, and other characteristics that increase choking risk to children, to the extent possible."

Given the revolutionary nature of the suggestion, it likely won't be long before some Fox blowhard goes on a tear about the liberal war on our cherished American ballpark institutions. Can't you picture Bill O'Reilly yelling about this tonight? What's next? A fatwa on apple pie? And how will this affect the powerful bread lobby? Buns don't kill people, dogs kill people! Next they'll come for our marbles and coins because children might swallow them! OH THE HUMANITY.

But let's consider what the AAP is actually saying. In addition to calling for more safely shaped foods, the report suggests the FDA also "recall food products that pose a significant and unacceptable choking hazard to the public" and to label foods that carry a high choking risk, like grapes and baby carrots. (Small toys and other risky items already have similar warnings.) It also includes a plea for "pediatricians, dentists, and other infant and child health care professionals" to "intensify choking-prevention counseling be taught to parents, teachers, child care providers, and others who care for children." All pretty reasonable from a children's safety perspective.

Unsurprisingly, the National Hot Dog & Sausage Council (yes, there is a National Hot Dog & Sausage Council) had its own swift response. Council president Janet Riley told Monday's USA Today that, "As a mother who has fed toddlers cylindrical foods like grapes, bananas, hot dogs and carrots, I 'redesigned' them in my kitchen by cutting them with a paring knife until my children were old enough to manage on their own." Riley also noted that many brands, like Oscar Meyer, already do voluntarily carry a choking warning.

Are we likely to see a burger-shaped dog on the grill this July 4? Unlikely. Do most kids make it out of childhood with only a few minor esophageal-scraping episodes? Of course. But every year in the United States, approximately 10,000 children are treated for choking, and close to 80 die. Considering that hot dogs make up 17 percent of those injuries, the AAP is helping raise the awareness of distracted parents everywhere to keep an eye on their kids who are still finessing the logistics of chew and swallow. And by pushing the product safety issue to the makers of hot dogs -- and delicious tiny candies and crackers -- the AAP just gave the processed food manufacturers an advantage that Mother Nature herself lacks. Until the Frankenfood industry figures out how to make a safe grape, fruits and vegetables can't be so easily revamped. But the moment some brand comes out with a gently shaped, kid-friendly processed meat product in a clever package, it's going to clean up among fussy eaters and fretful parents everywhere.