Do Republicans really want to win in 2010?

The GOP can stir up tea partiers by voting no on Obama's agenda. Keeping them happy down the line could be harder 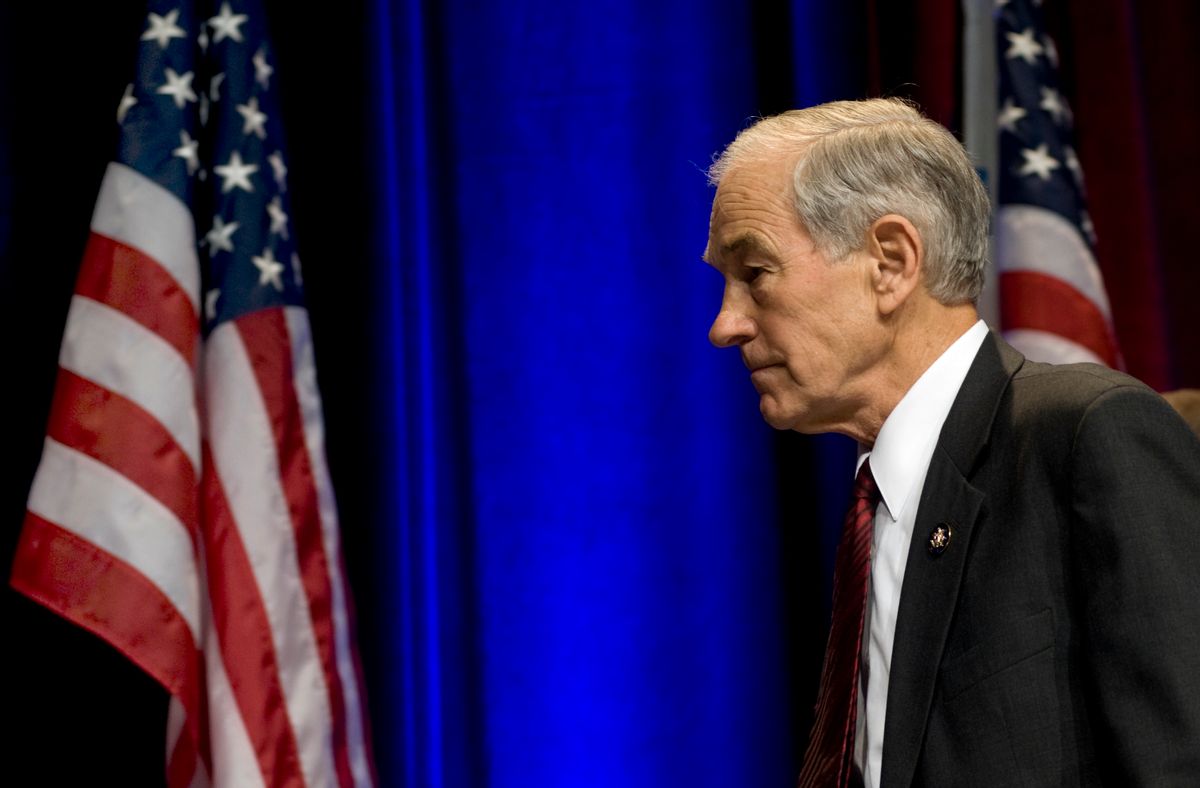 This November is shaping up to be a pretty good one for Republicans. The map of their possible challenges to incumbent Democrats keeps expanding, the polls show voters are increasingly ready to take out their frustrations, and the GOP is starting to look like it might be running the show in the House come January.

Which could be where their problem starts.

This weekend's conservative CPAC conference underscored the breadth of the coalition that could help power the Republican comeback this fall -- and the difficulty that might present if they do wind up responsible for governing. The same fiscally conservative, anti-government impulses that drive the tea party movement animate most of the influential groups at CPAC; the socially conservative, religious-right types take a back seat at the conference, replaced by panels with names like "Saving Freedom From a Big Government Agenda: Liberate to Stimulate." And even still, CPAC got a little fractious. (One speaker, Thomas DiLorenzo, gave a talk titled "Abraham Lincoln on Liberty: Friend or Foe," going after the guy the GOP names its annual fundraising dinners in every county in America after.) Conservatives couldn't even agree on how important CPAC was. Though presidential contenders like Mitt Romney and Tim Pawlenty showed up to speak and greet attendees, Mike Huckabee boycotted the event this year, calling it "more libertarian and less Republican" -- and prompting a sharp pushback from organizers.

But watching the conference boo the announcement of the results of its own straw poll -- which libertarian hero Ron Paul won going away, swatting down the two early favorites for the 2012 GOP presidential nomination, Romney and Sarah Palin -- it was hard not to feel a little sorry for the Republican operatives who have to figure out how to keep the new activists they've pledged to march arm-in-arm with happy. For three days, speakers had railed against Republicans almost as much as they'd railed against Democrats -- including some Republican leaders, like Sen. Jim DeMint of South Carolina, who emphasized the need to elect conservative Republicans this fall, not just people whose name gets an R after it. Glenn Beck's closing keynote speech Saturday night didn't exactly make voting for the GOP at this point sound that appealing. "That's like somebody sticking a screwdriver in your eye and saying, 'Stop! Stop!'" he said. "And somebody else pulls it out and then puts a pin in your eye. I don't want stuff in my eyes! Stop stabbing in the eyes!" The crowd roared with delight.

Hoping to harness the energy of the tea party folks, Republicans are making some pretty forceful promises to them. House Minority Leader John Boehner, who hopes to take over as speaker after November, told CPAC the GOP would "walk amongst" the tea partiers. But most of the things Republicans say they'll do if they take power again -- cutting spending, increasing transparency, ending earmarks -- were exactly what helped voters sour on Republican rule in 2006. To keep the new elements of their activist base happy, GOP leaders will have to stick to their plan. "Keeping the support of tea party activists will require keeping our promises, it's as simple as that," one GOP aide -- who says keeping the tea parties happy as the majority party is the kind of problem Republicans wouldn't exactly mind -- told Salon.

That may not be so simple, though. The last time Republican revolutionaries took over from Democrats they had demonized as out of touch with an electorate alienated by a White House healthcare plan, things nearly ran off the rails after some early overreaching. "We almost lost the House in '96," said former Rep. Tom Davis, a moderate Republican from Virginia who retired in 2008 after several years in GOP leadership. "We misread it. We got the [Contract with America] done, and then we started to do some other things, and the public wasn't ready for it. Everybody says we've learned. It's easy to say you've learned your lesson, but it'll be tested." Davis puts GOP chances at taking back the House at at least 50-50.

Finding common ground with a movement that's screaming "No!" to President Obama's agenda, after all, is fairly easy to do for a Republican Party that is growing comfortable with the "Party of No" label that the White House is trying to stick it with. Finding common ground with that movement once the GOP has to advance a legislative agenda of its own might be tougher.

"There's always a small percentage on the fringe that pushes too far, on the left and the right," said North Dakota Republican Party Chairman Gary Emineth. "That doesn't sell well with most Americans. If that extreme position becomes what the Republican Party is, then I think we're going to have problems." But Emineth isn't that worried that the tea party crowd will push the GOP too far to the right. Two weeks ago, in Bismarck, N.D., he organized a "Take Back Washington" gathering of about a few hundred local tea party activists and a few hundred local Republican volunteers and elected officials. Some GOP officials were concerned that inviting the tea party group into the state party might lead to a hostile takeover, but not Emineth. "We're with them on the issues, and why would you be afraid of a group of people that are like-minded?" he said.

Other conservative leaders figure they can hold on to traction with voters and with tea party activists alike by opposing Obama. "Stop the bleeding, stop the bleeding, stop the bleeding," said Grover Norquist, the head of Americans for Tax Reform and the organizer of a weekly meeting of conservative activists in Washington. "Since we took over, no new bailouts, since we took over no new spending programs ... Until Obama goes away, people are going to assume that he and Axelrod and Rahm are planning to do X, Y and Z, because they did this last year, and every year the Republicans stop them, they justify their existence." Norquist also thinks the small-government Republicans who may win support from tea partiers can make common cause with social conservatives on a few issues -- cutting all federal funds for Planned Parenthood, for instance, would both limit spending and please antiabortion groups.

Still, campaigning against an unsettling status quo or a broken Washington is a lot easier than running the place once you get there. Just ask Obama. The days of Republicans voting unanimously against legislation just because the White House is for it might have to end soon after the GOP actually takes over the House. Which is why Davis, at least, wonders if winning a majority and having to actually govern might be a bit of a Pyrrhic victory in a political climate where voters seem furious at the people in charge. "The worst case for Obama would be for Republicans to make gains and not take either house," he says. "You get the worst of all worlds. [Democrats] are still on the hook; the Republicans can disclaim responsibility." If that happens, the tea will keep flowing.