In "Precious," Mo'Nique nails a show-stopping speech, but her costar does something harder -- she listens 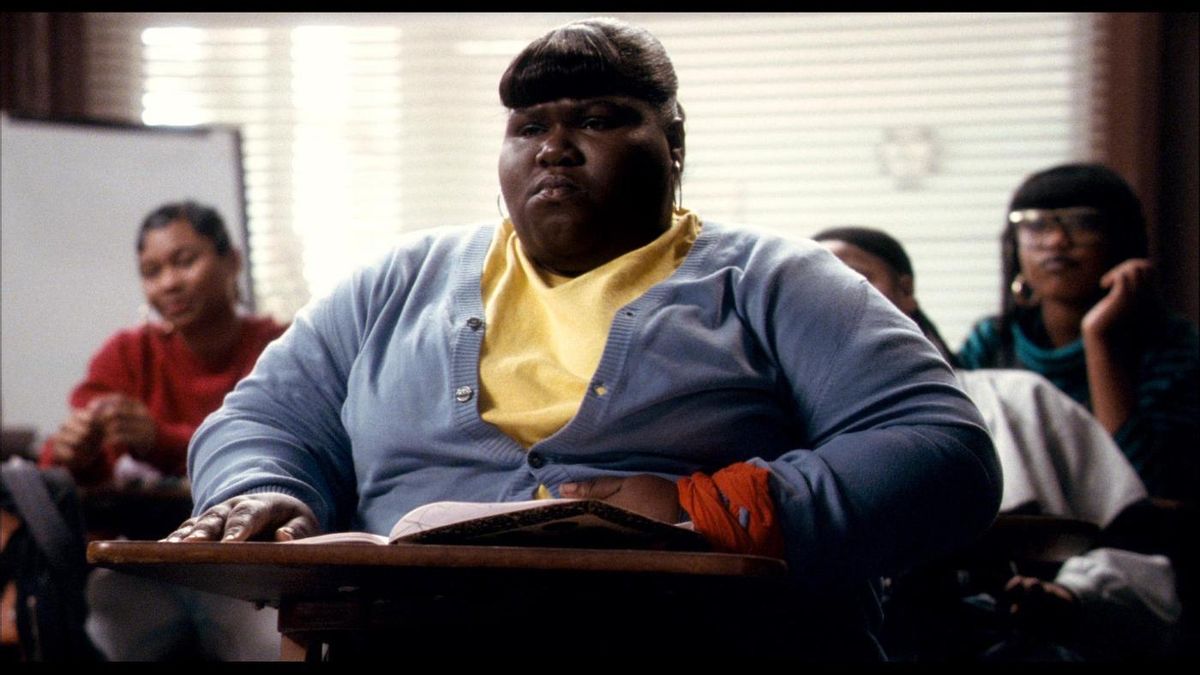 Mo'Nique's performance in "Precious: Based on the Novel Push by Sapphire," as an abusive mother who, among other acts of cruelty, tries to keep her daughter from getting an education so she can stay on welfare, has earned a great deal of praise since the movie's release last November. The performance has been short-listed, by those who obsess about such things, as the surefire winner of the best supporting actress Academy Award.

But of the two most attention-grabbing performances in "Precious," the one that goes deeper, and ultimately has more resonance, is Gabourey Sidibe's turn as Precious, the Harlem teenager whose life is essentially a catalog of the horrors that can befall a young black woman in the inner city.

Precious' life seems hopeless, but she's saved by a few people who refuse to let her fall through the cracks in the system, among them a teacher named Blu Rain (Paula Patton) and a tough-cookie social worker, Mrs. Weiss, played, superbly, by Mariah Carey. As directed by Lee Daniels, the picture unfolds like a comprehensive brief on the worst horrors that might befall black Americans, and while moviegoers have largely embraced it as an inspirational, if calculated, story, the film has also been criticized (by New York Press film critic Armond White, among others) for fostering the misguided idea that these problems are typical of black America. The fear, as voiced by some of the movie's detractors, is that it only reinforces clueless white people's ideas about how "typical" African-Americans in this country think, live and behave.

They have a point. "Precious" does come off more as a clinical, exaggerated case study rather than as a nuanced drama; Daniels has no qualms about turning Precious into a symbolic victim. But I do think Sidibe's face counteracts much of the film's aggressive calculation: She plays Precious as a guileless but watchful presence, a girl who's afraid to let the world in but who also can't resist reaching out to be a part of that world.

This is Sidibe's first film role. Her previous acting experience had included some college theater, but she'd had no formal training. She met the film's casting directors when she attended an open call. And while it's hard to speculate about what kind of future she might have as an actress, her instincts in "Precious" are good ones. Scene after scene, she underperforms instead of pushing this adamantly melodramatic material even further over the top.

Sidibe's face is closed off for a good half of the movie -- she's almost impossible to read. We learn much of what she's feeling through voice-overs (a technique that's wearyingly overused these days, although that's certainly not Sidibe's fault). As she ponders the possibility that she might be able to change her life for the better, we hear her explain in voice-over, "I'm lookin' up -- I'm lookin' for a piano to fall! Desk, couch, TV, Mama maybe -- always something in my way." Sidibe manages to make that forced street-poetry dialogue sound relaxed and natural. She laughs a little in the middle of it, as if tickled by her own capacity for dark humor, her own ability to extend a metaphor. (She knows what a metaphor is, even though she doesn't know she knows.)

As the movie opens, Daniels clues us in to Precious' painful past -- and sets the stage for her not-much-happier present -- by showing, in flashback, how her father raped her. She escapes the horror by drifting into daydreams of stardom and fame -- fame for doing what, she has no idea. But she can picture herself flouncing around for the paparazzis' cameras, dressed in red satin and feathers, and she escapes from her pain by temporarily Photoshopping herself into that vision of glamour. (She also, highly improbably, imagines herself and her mother as characters from Vittoria De Sica's "Two Women.") No wonder Precious is closed down, shut off. And later in the movie, when we see her looking more relaxed and happy -- joking with the friends who have come to see her in the hospital after the birth of her second child, or flirting shyly with Lenny Kravitz's Nurse John -- her smile is still a little reluctant, a sun that's afraid to come out from behind its cloud.

Sidibe's reticence -- her recognition that Precious may never feel comfortable with all-out happiness -- is part of what makes the performance so touching. Monologues are often the thing that net awards for actors, even though they're never the best test of an actor's skill, chiefly because they involve talking rather than listening. And in "Precious," Mo'Nique is the one who gets the movie's big, show-stopping monologue. But Sidibe, who is far less experienced as a performer, holds her own in "Precious." She's a receptive presence but not a passive one, playing a character who can't hide from the horrors swirling around her, but who also has to fight to keep from getting swept away by them. The cautious hope that steals across Sidibe's face is the best thing about "Precious." Her performance is more about listening than it is about talking, a part of the job that more experienced actors often forget.