An attempt to get justice for the West Memphis Three has taken the A-list actor to an unlikely place: "48 Hours" 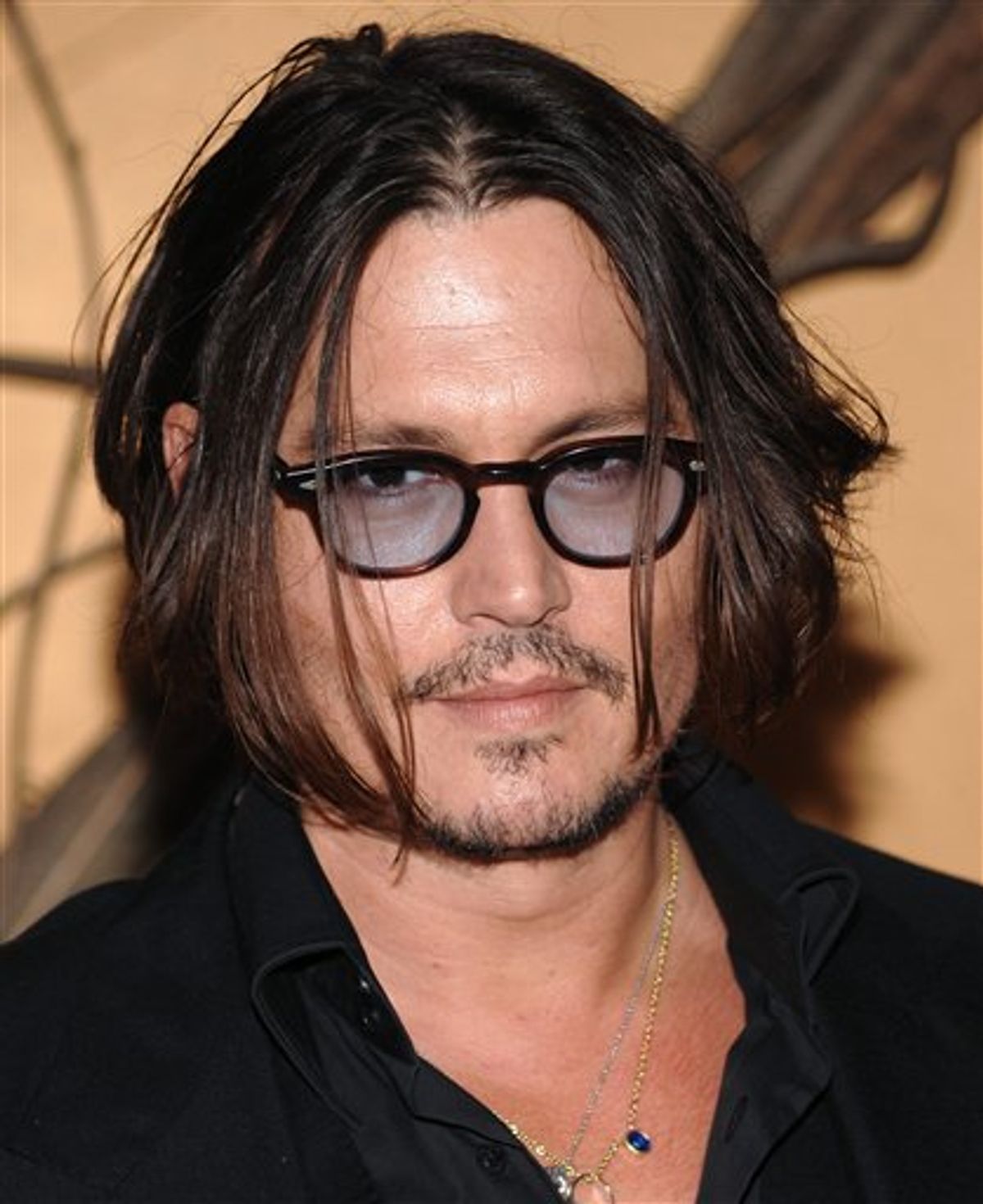 Johnny Depp is a blockbusting, Oscar-nominated movie star whose eagerly anticipated new movie, "Alice in Wonderland," opens next week. You might, therefore, expect him to be making the rounds of late-night talk shows and entertainment magazines. Where you probably wouldn't expect to find him is on a tabloid crime show. But that's where he'll be Saturday night, appearing on "48 Hours" to talk about one of the most horrifying crimes of the last several years -- and a controversial investigation that may have put innocent young men behind bars.

On May 5, 1993, three little boys were mutilated and murdered in the West Memphis, Ark., woods, a crime that had the hallmarks not just of unspeakable brutality but also the guise of ritual.

Soon after, three teenage boys were arrested for the killings. The young suspects, Damien Echols, Jason Baldwin and Jessie Misskelley, had the misfortune of being black-clad, Stephen King reading, heavy metal fans. They were convicted, and have now spent almost half their lives behind bars. Echols is currently on death row.

But the case against the West Memphis Three, as they've become known, has always left considerable room for doubt. The boys had alibis for the times of the murders. There was almost no physical evidence to tie the suspects to the victims. Jessie Misskelley, who is mentally disabled and was a minor at the time, confessed to participating in the crime, but then recanted and said he had been coerced.

The story became a cause célèbre, and the basis of Joe Berlinger and Bruce Sinofsky's haunting 1996 documentary "Paradise Lost," which persuasively argued for a reopening of the murder case.

There was certainly a cinematic precedent; Errol Morris' 1988 documentary about a mishandled murder investigation, "The Thin Blue Line," prompted a reopening of the case and the consequent freeing of Randall Dale Adams from death row.

But new trials didn't happen for the West Memphis Three. So four years later, the filmmakers did a sequel following up on the grim prison lives of Echols, Baldwin and Misskelley, and presenting even more supporting evidence for a new investigation. Again and again, however, the case lay dormant. As recently as last month the judge in the trial, David Burnett, a man who has publicly stated he's "sick and tired" of the the whole thing, rejected a bid for a retrial for Misskelley and Baldwin.

Yet you wouldn't know the seriousness of the cause -- or the compelling argument that the wrong individuals are behind bars -- by the way Johnny Depp's CBS News appearance is being reported today. The New York Post, perpetually short on nuance, declared today that "Johnny Depp promotes kid's movie by discussing satanic murders" while E! Online trumpeted "Johnny Depp Turns Defender of Convicted Murderers."

And Fox News, likewise never eager to let the facts get in the way of a headline, boggled that "Johnny Depp may have fallen through a rabbit hole. To promote his movie version of 'Alice in Wonderland,' he's advocating the release of three men convicted of murdering three boys in a suspected satanic ritual."

Forget the fact that the satanic sacrifice angle has been dubious from the get-go. Forget the lack of DNA evidence to tie the suspects to the crime. Forget, also, that Depp is not doing "48 Hours" to shill his movie. Yep, Johnny Depp wants to unleash devil-worshiping murderers on the children of America! PS, go see "Alice in Wonderland"!

Or maybe the famously press-shy Depp has other motives, like believing in the story. He's certainly in good company. Other celebrities who've advocated for the West Memphis Three include Eddie Vedder (who co-wrote the song "Army Reserve" with Echols), Metallica,  the Dixie Chicks,  Henry Rollins and Margaret Cho. Even "South Park" co-creator Trey Parker, who has made of career of skewering self-righteous stars and their doofy do-gooder public displays, has championed them. The mother of  victim Stevie Branch, Pamela Hobbs, has also asserted she believes in the innocence of Echols, Baldwin and Misskelley.

Given all that evidence, perhaps Depp, the serious and committed actor, environmental activist and parent, is likely not also a fan of child-murdering Satanists. Perhaps one of the biggest movie stars in the world actually gives a damn about righting what is a bungled murder investigation at best and, at worst, a horrific miscarriage of justice in the American trial system. Perhaps he's so passionate about the issue that he's willing to go on a lurid television show to speak out about it. Maybe the guy whose movies so often charm and delight children actually cares about kids -- and not just the wide-eyed popcorn eaters who sit in movie theaters, but three little boys who died on a May evening in the Arkansas woods, and a trio of former misfit teens who've spent the past 16 years in prison for their deaths.