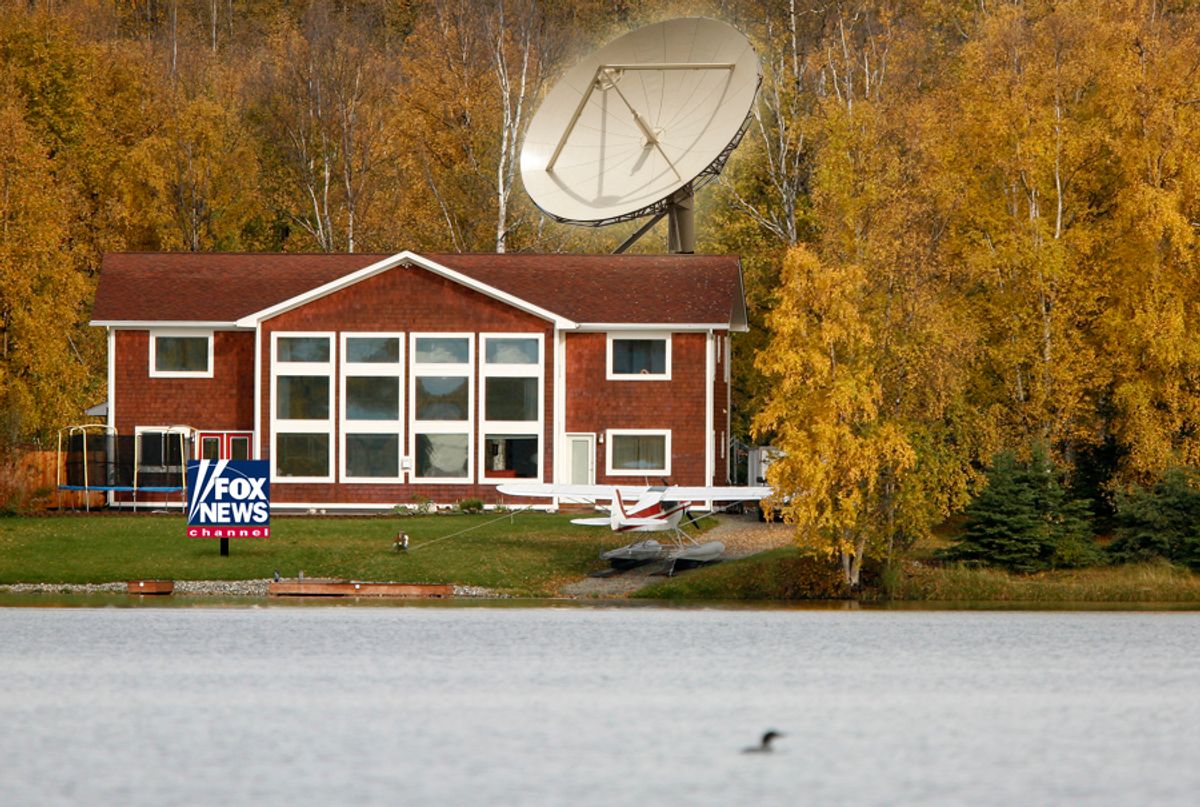 Sarah Palin is, as she so frequently reminds us, just an average, everyday American. She's more connected to the real working folks out there than the "lamestream media," or the elitist Democrats who brought the country "that hopey-changey stuff" that left her giving speeches to for-profit tea party conventions in 2010 instead of serving as vice-president.

But Palin will soon be firing off her outrage against the elites who want to keep her down from a studio her new employer, Fox News Channel, is building in her house in Wasilla, Alaska. The New York Times reported a couple of weeks ago -- and Fox News has confirmed to Salon -- that the network is installing a TV setup on Palin's property so she can appear on "The O'Reilly Factor" and other shows as a paid analyst. (Some Fox employees are grumbling privately about the studio, the cost of which hasn't been revealed.)

Admittedly, there aren't really other ways for Palin to reach national TV from Wasilla. Up to now, anyone who wanted to beam Palin's pit bull-with-lipstick mug live from her home had to rent the KTUU-TV satellite truck from Anchorage, an hour drive away. And there's little doubt that Fox's investment in having Palin on their airwaves will pay off in viewers, no matter how much cash the network shelled out for the studio (which apparently includes a camera that can be controlled remotely, so no production staff is needed on-site).

There is, though, something a little hard to swallow about populist broadsides from a political celebrity who issues them from her own home, thanks to what's essentially a very nice corporate perk. Plenty of people in "real America" face hour-long commutes each day to work, after all, without their bosses paying for a home office for them. And Palin has no trouble insisting that her family life is private and separate from her political work; meanwhile, she'll be throwing out red meat to her base, just down the hall from the personal life she's so protective of.

The studio may also be a sign that Palin isn't really planning to run for president in 2012, her willingness to flirt with the idea notwithstanding: Fox executives might not have been so eager to invest in getting her on TV if they suspected they'd have to stop featuring her sometime next year so she can begin her primary campaign.

For now, there's no word on when the studio will be ready. Which means Palin's primary means of communicating with the world may continue to be her Facebook page and her Twitter feed.