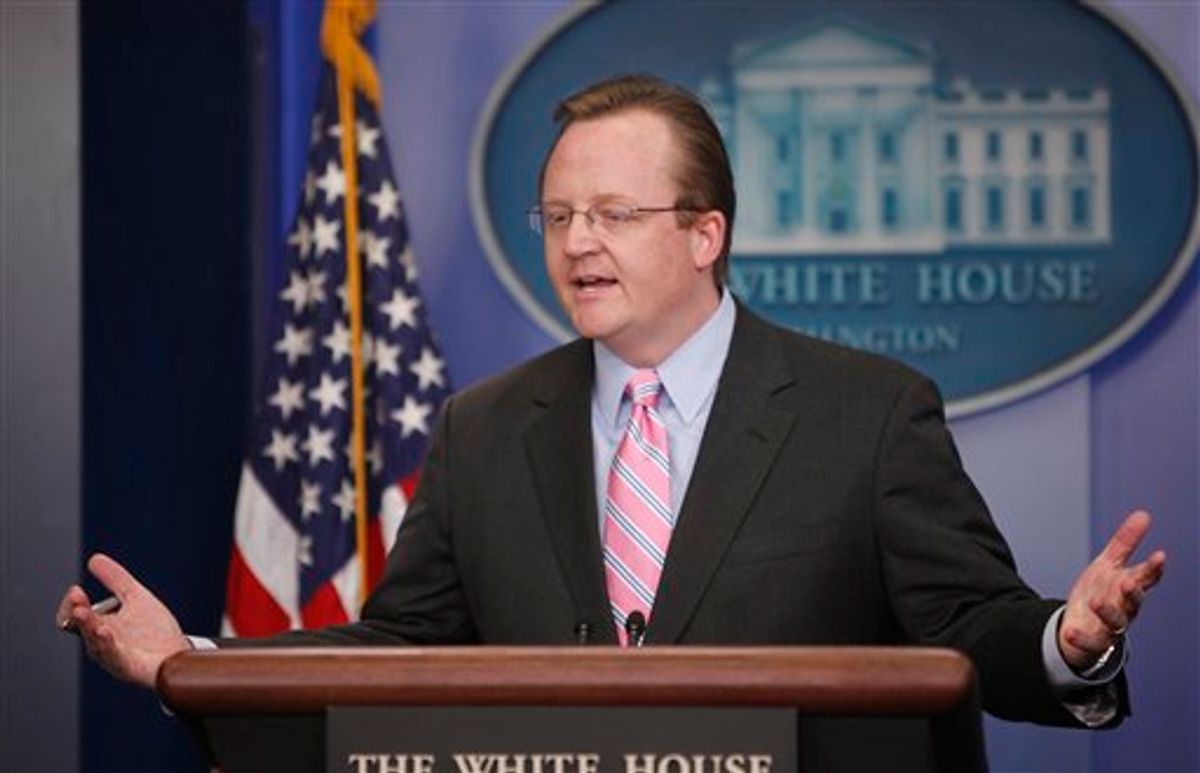 The White House has done just about all it can to signal that the Obama administration isn't on board with a push by progressive groups to pass a healthcare public option as part of a budget reconciliation measure. The idea isn't in the proposal officials released Monday; aides aren't talking it up; and Tuesday, press secretary Robert Gibbs said it just wouldn't work.

"Though there are some that are supportive of this, there isn't enough political support in a majority to get this through," Gibbs told reporters.

But the Progressive Change Campaign Committee, the group that's behind a letter being circulated among Senate Democrats to push the plan, isn't giving up. "The White House obviously has a loser mentality -- but America rallies around winners," co-founder Adam Green e-mailed reporters shortly after Gibbs's remark. "Polls show that in state after state, voters hate the Senate bill and overwhelmingly want a public option, even if passed with zero Republican votes. More than 50 Senate Democrats and 218 House Democrats were willing to vote for the public option before, and the only way to lose in reconciliation is if losers are leading the fight. That's why Democrats in Congress should ignore the White House and follow those like Chuck Schumer and Robert Menendez, who know that the public option is a political and policy winner."