On spending, conservatives are quite conflicted

The government spends too much! Except when it comes to schools and infrastructure and Social Security and ... 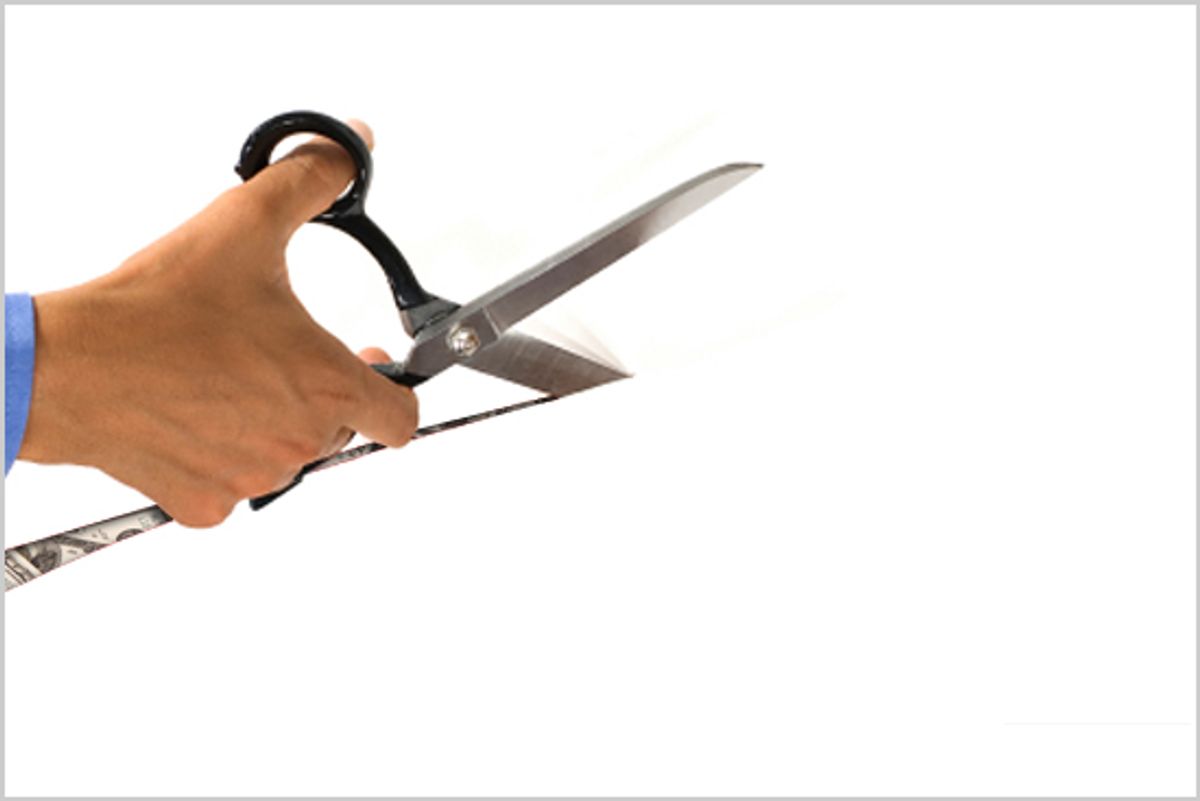 NOTE: This article has been corrrected.

Conservatives agree that the government spends too much. But ask them what to cut ...

At last week’s Conservative Political Action Conference, Minnesota Gov. Tim Pawlenty called on the attendees to imitate the wife of Tiger Woods: "We should take a page out of her playbook and take a nine iron and smash the window out of big government in this country."

But there’s a problem for Pawlenty and the activists who cheered him: Rank-and-file conservatives actually like big government.

In 2008, the American National Election Study asked a national sample whether federal spending on 12 different programs should be increased, decreased or kept about the same.

As the graph above illustrates, the respondents who identified themselves as "conservative" or "extremely conservative" had little appetite for specific spending cuts.

Very few conservatives said they favored reducing (or cutting out altogether) spending on any program. The least popular program proved to be childcare -- with a grand total of 20 percent of conservatives saying they’d slash it. The most popular is highways; only 6 percent want to cut spending there. Even bugaboos like welfare and foreign aid fare well, attracting the ire of only 15 percent of conservatives. Amazingly, the survey found that, on average, 54 percent of them actually wanted to increase spending.

Political scientist James Stimson has suggested that a fifth of the country consists of what he calls "conflicted conservatives," those who might respond positively to a broad appeal like Pawlenty’s, but not once specific windows start getting smashed.

At CPAC, Glenn Beck turned to 12-step lingo: "Hello, my name is the Republican Party and I have a problem! I’m addicted to spending and big government." But why blame the GOP? After all, the party is being enabled by its own base.

John Sides is a professor in the Department of Political Science at George Washington University. He blogs at the Monkey Cage (http://www.themonkeycage.org/).

Correction : The data in the above graph is based on a report from the American National Election Study that was later corrected. The percentages for each category are not accurate. ANES subsequently published an erratum, which can be viewed here.