A reader's advice to writers

A word to the novelist on how to write better books 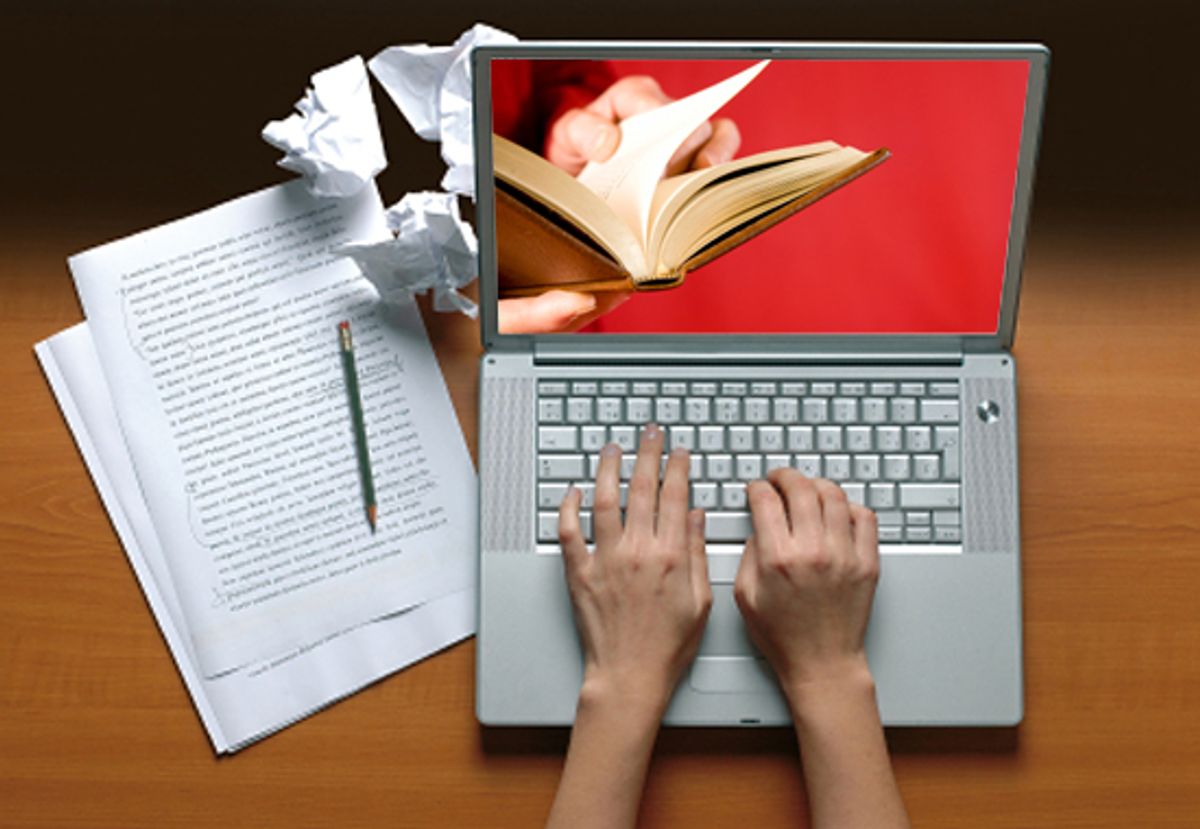 Writers have been advising other writers since at least as far back as Aristotle, but the Guardian recently published an exceptional specimen of the form: 28 celebrated authors each offering his or her 10 rules for writing fiction. The inspiration for this roundup was Elmore Leonard's justly renowned list of pointers, also included in the Guardian piece.

A lot of the advice focuses on practice (work every day, keep a diary, stop while you're still interested, etc.), and almost as much strives -- gently or not -- to inform aspirants that they shouldn't expect much (or, really, any) money or fame from a literary career. It soon struck me, though, that the perspectives offered are limited. What makes Leonard's advice so refreshing, after all, is that none of it fusses over the writer's own process and delicate ego. His tips ruthlessly focus on the creation of better fiction.

Readers are what every novelist really wants, so isn't it about time that a reader offered them some advice? I've never written a novel, and don't expect to ever do so, but I've read thousands. More to the point, I've started 10 times the number of books that I've finished. Much of the time, I'm sampling brand-new novels that aren't great -- that frequently aren't even very good -- each one written by someone sincerely hoping to make his or her mark. I can tell you why I keep reading, and why I don't, why I recommend one book to my fellow readers, but not another. I've also listened to a lot of other readers explain why they gave up on a book, as well as why they liked it. Here are my five recommendations for the flailing novice:

1. Make your main character want something. Writers tend to be introverted observers who equate reflection with insight and depth, yet a fictional character who does nothing but witness and contemplate is at best annoying and at worst, dull. There's a reason why Nick Carraway is the narrator of "The Great Gatsby" while Gatsby himself is the protagonist. Desire is the engine that drives both life and narrative.

2. Make your main character do something. For the reasons stated above, many writers gravitate toward characters to whom things happen, as opposed to characters who cause things to happen. It's not impossible to write a compelling novel or story in which the main character is entirely the victim of circumstances and events, but it's really, really hard, and chances are that readers will still find the character irritatingly passive. When you hear someone complain that "nothing happens" in a work of fiction, it's often because the central character doesn't drive the action.

3. The components of a novel that readers care about most are, in order: story, characters, theme, atmosphere/setting. Of course all these elements are interlinked, and in the best fiction they all contribute to and enhance each other. But if you were to eliminate these elements, starting at the end of the list and moving toward the beginning, you could still end up with a novel that lots of people wanted to read; the average mass-market thriller is nothing but story. If you sacrifice these elements starting from the beginning of the list, you will instead wind up with a sliver of arty experimentation that, if you're very, very good, a handful of other people might someday read and admire. There's honor in that, but it's daft to write something with the deliberate intention of denying readers what they love and want and then to be heartbroken when they aren't interested. If you want to engage with more than a tiny coterie, take storytelling seriously; if you think that's incompatible with art, you are in the wrong line of work.

4. Remember that nobody agrees on what a beautiful prose style is and most readers either can't recognize "good writing" or don't value it that much. Believe me, I wish this were otherwise, and I do urge all readers to polish their prose and avoid clichés. However, I've seen as many books ruined by too much emphasis on style as by too little. As Leonard himself notes at the end of his list, most of his advice can be summed up as, "if it sounds like writing, I rewrite it." Or, as playwright David Hare put it in his list, "Style is the art of getting yourself out of the way, not putting yourself in it." But whether you write lush or (please!) transparent prose, keep in mind that in most cases, style is largely a technical matter appreciated by specialists. You probably don't go to movies to see the lighting and photography, and most readers don't come to books in search of breathtaking sentences.

5. A sense of humor couldn't hurt. American writers in particular are often anxious to be perceived as "serious," which they tend to equate with a mournful solemnity. Like most attempts to appear grown-up, it just makes you look childish. Comedy is as essential a lens on the human experience as tragedy, and furthermore it is an excellent ward against pretension. While readers may respect you for breaking our hearts, we will love you for making us laugh.

I could go on, but I'll stop there unless the populace clamors for more. Naturally, writers of genius have broken these "rules" as well as every other rule ever conceived. But, let's face it, geniuses don't need lists like this and couldn't follow them even if they tried. Most writers are not geniuses, and most readers would be exhausted by a literary diet that consisted only of the works of geniuses. The novel can be a down-to-earth and companionable thing as well as an exalted one, and while management gurus like to go on about the good being the enemy of the great, they are in fact misquoting Voltaire. He said, "The perfect is the enemy of the good," which means exactly the opposite. And he, as you are no doubt aware, was a bona fide genius.

A Reader's Advice To Writers Books Writers And Writing