On PhRMA, does McCain protest too much?

McCain rails against PhRMA concessions in healthcare bill, but his supporters take lobbying money from the group 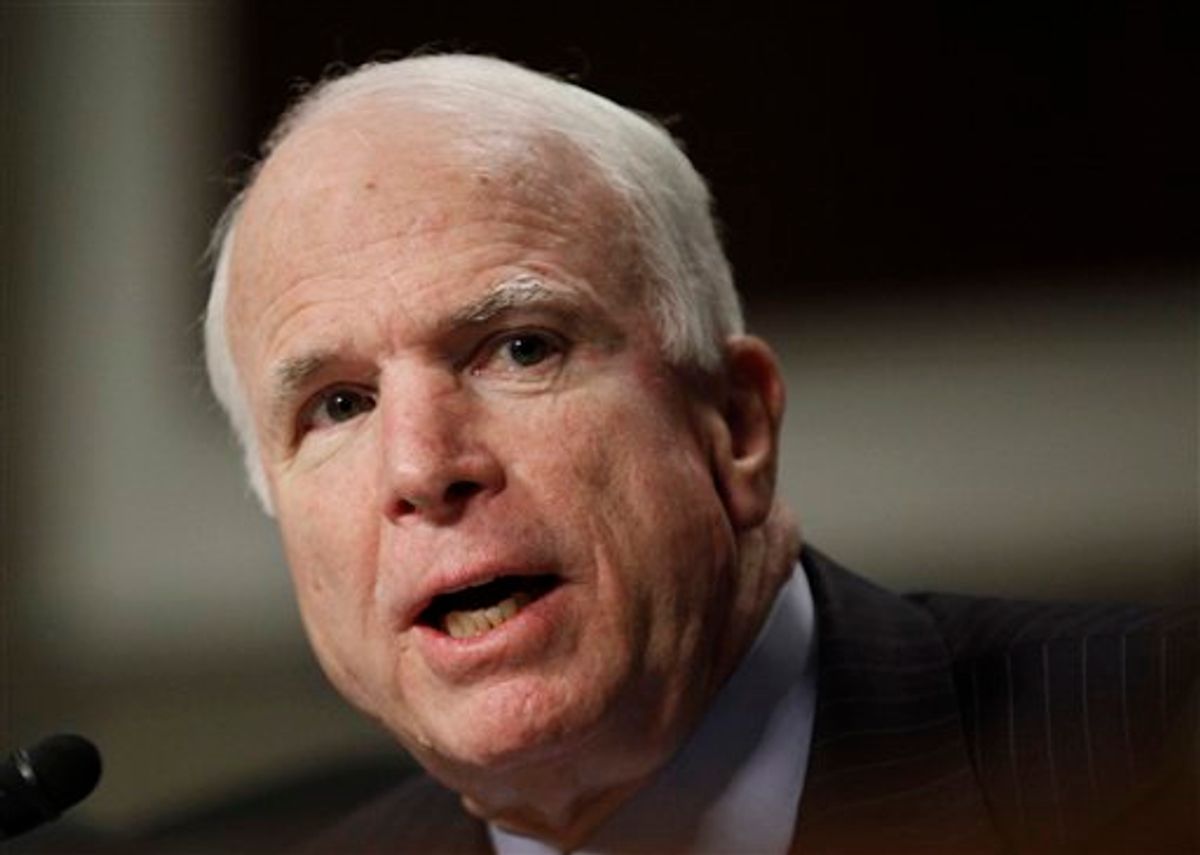 During Thursday's healthcare summit, Sen. John McCain, R-Ariz., was complaining about all the deals that the drug lobby, PhRMA, ended up getting in the healthcare bill. "One of them that was particularly  egregious, and I won't go through the whole list, was PhRMA," McCain said. "PhRMA got an $80 billion deal and in return for which they ran $150 million worth of ads in favor of, quote, 'health reform.'"

As it happens, in order to attend the healthcare summit, McCain had to cancel his other plans for today -- a fundraiser sponsored by BGR PAC, the political action committee run by the lobbying firm Barbour, Griffith and Rogers. And (maybe you can guess where this is going?) in 2006, the last year for which OpenSecrets.com lists records, PhRMA paid the lobbying firm $200,000.

That's not to say the deal PhRMA cut is any less unsavory; McCain is probably right to point out the problem. But he's not quite as pure on the issue as he'd like people -- especially people who vote in Republican primaries in Arizona -- to believe.