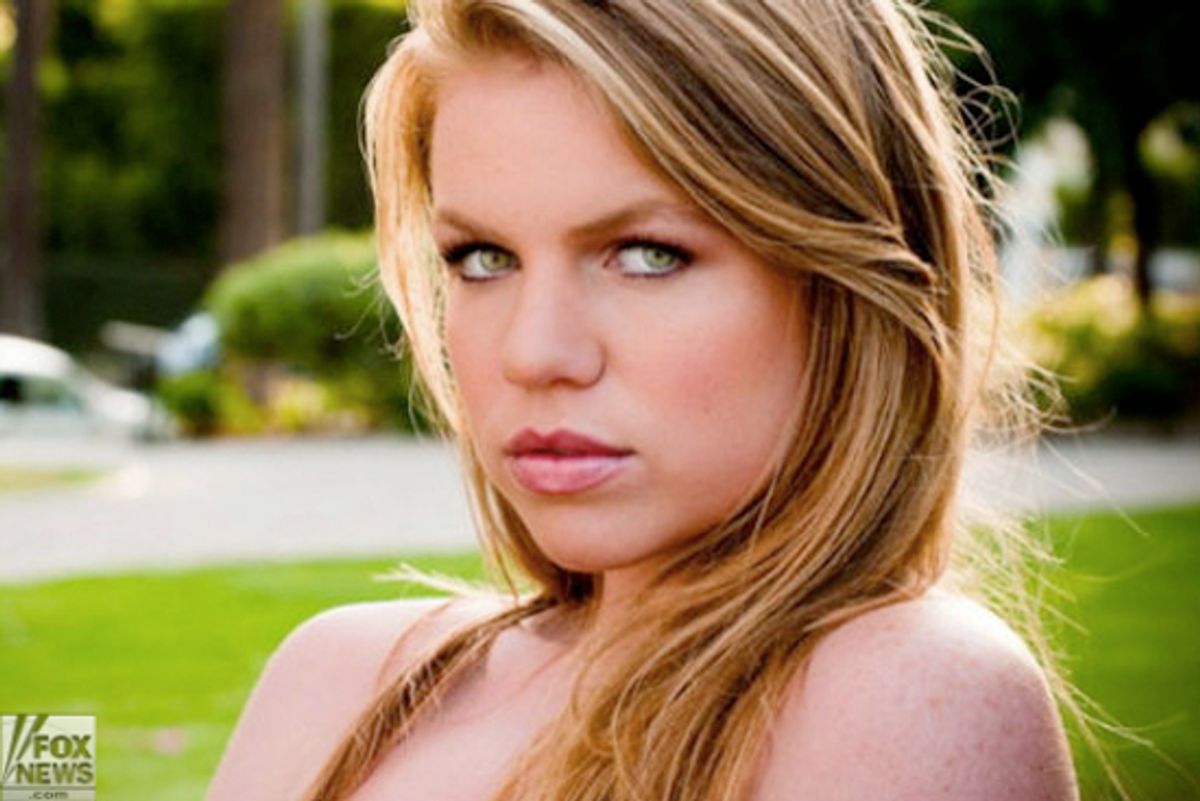 Those California beauty queens really don't seem to have a whole lot of love for the gays, do they? Last year, it was Carrie Prejean, who notoriously spoke out in favor of "opposite marriage."

Now there's another young swimsuit-competing Christian taking a crack at the issue. Meet Lauren Ashley, currently repping for Beverly Hills in the Miss California USA pageant. Earlier this week the 23-year-old told Fox, "The Bible says that marriage is between a man and a woman. In Leviticus it says, 'If man lies with mankind as he would lie with a woman, both of them have committed an abomination. They shall surely be put to death and their blood shall be upon them.'"

Turns out, some took offense with the beauty queen trotting out Leviticus' death sentence on gays. The city of Beverly Hills, for instance. Under current pageant rules, contestants get to choose which city they wish to represent. Apparently Pasadena, where Ashley resides, didn't cut it for her. So on Wednesday, Beverly Hills Mayor Nancy Krasne told the Los Angeles Times, "We are dismayed by any potential association [Ashley has] with the city of Beverly Hills, which has a long history of tolerance and respect." And the city itself issued a statement that it "does not sponsor a beauty pageant and has no association with Miss California USA. As such, there should be no individual claiming the title of Miss Beverly Hills." To which we can only add: hahahahha.

But of course Ashley's not entirely without her fans. Unshockingly, the National Organization for Marriage has stepped up to give her props. Its president, Maggie Gallagher, told Fox yesterday, "I'm not surprised that Miss Beverly Hills, Lauren Ashley, opposes gay marriage -- after all, 45 percent of young Californians voted for Prop. 8, as did 7 million Californians generally."

And Fox News seized the opportunity to champion the young woman, conveniently editing its original, more critical interview to now say she's been "publicly condemned" with a "shunning" for "speaking out in support of traditional nuptials." Gone from the edited piece are her assesrtions that Carrie Prejean "is definitely a beautiful person and I love that she stood up for what she believes in. I think that's gorgeous."

Instead the story now says, "The media storm that ensued interpreted her words with headlines such as 'Miss Beverly Hills Wants Gays Put to Death' and 'God Wants Gays Dead, Says Beauty Queen.'" Interestingly, excised from the story are her remarks that "The Bible is pretty black and white ... I feel like God himself created mankind and he loves everyone, and he has the best for everyone. If he says that having sex with someone of your same gender is going to bring death upon you, that’s a pretty stern warning, and he knows more than we do about life."

Yeah, I don't know where anybody would get the idea she was condoning death to homosexuals.

On "Countdown" last night, writer Dan Savage spelled it out for anybody still unclear on the concept. "The Bible justifies genocide; the Bible justifies slavery; the Bible calls on parents to murder disobedient children ... and if that's not going to be enforced, maybe you could drop the anti-gay murderous crap from the Bible too."

Ashley herself has had no further comments on her statements. But speaking to the L.A. Times today, the pageant's California stage director Keith Lewis, who is gay, said, "I don't agree with her, but I will fight to the death for her right to have her opinion."  Well, that's good, because from the sound of it, she wouldn't have it any other way.