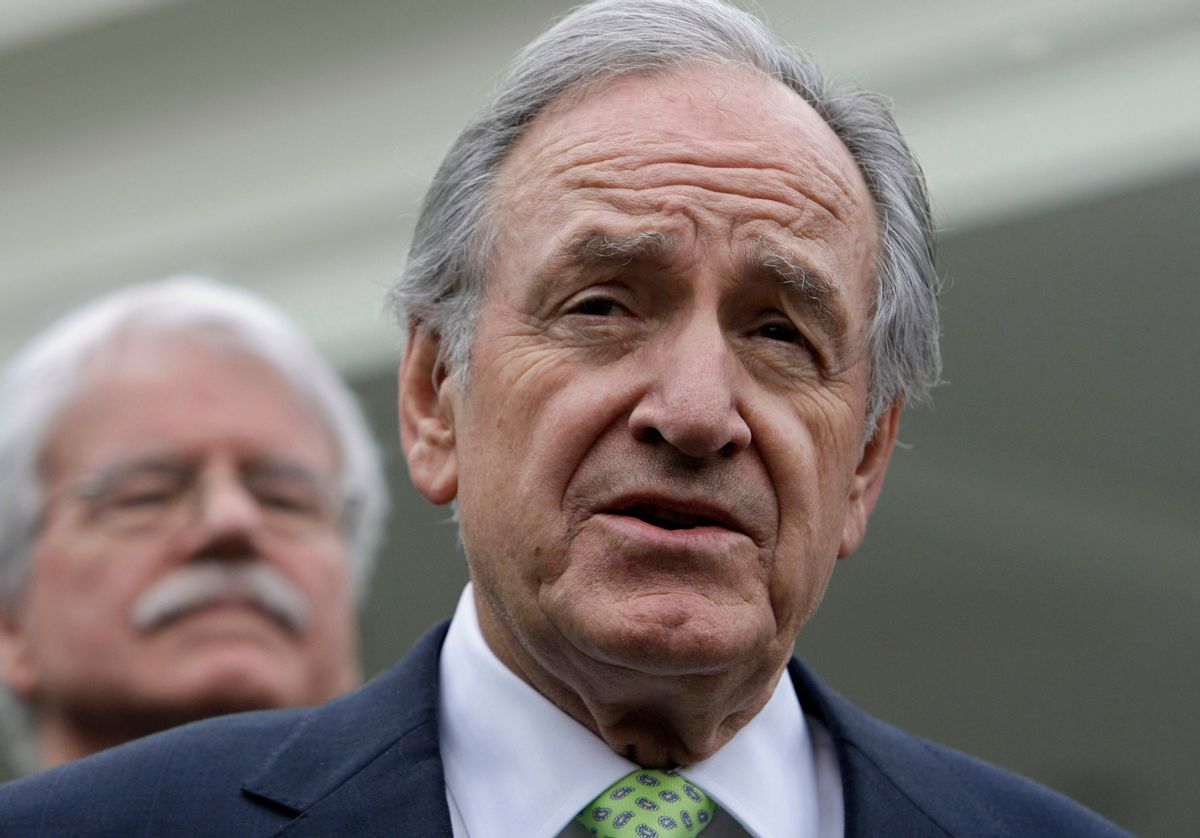 "I hate to say it, but I am not certain we're going to be able to get a public option in this bill," Harkin said with a sigh, in an interview on the eve of President Obama's bipartisan healthcare summit. That phrasing may sound relatively optimistic, but the way Harkin discussed the public option made it clear he didn't see much hope for the plan for now. "That doesn't mean we stop trying... I keep reminding people that this bill is not written in stone, like the Ten Commandments, for ever and ever. This is a law, it's a bill, we change laws all the time around here -- that's what we do."

Harkin had been very confident last fall that a public option could pass the Senate. And progressive groups are trying to persuade Democrats to include a public option in any reconciliation measure on healthcare. But Harkin said the votes weren't there now. (Another key supporter of the public option, Jay Rockefeller, now opposes using reconciliation to pass it.) The White House had already declared it dead, and it's not included in the healthcare proposal Obama released Monday.

But Harkin did say he expected the public option to come back before Congress another time, possibly before any healthcare legislation even takes effect; most of the provisions in the bills under consideration don't kick in until 2014. "At some point, we're going to revisit the public option, I can assure you of that," he said. "It may not be this year, it may be the next year or the year after. We have a couple, three years in between there to start thinking about having a public option... Every poll shows that it has vast support. That's only going to grow."