On "The Daily Show," the "30 Rock" star leaves Jon Stewart in tears with riffs about bears and Christopher Cross 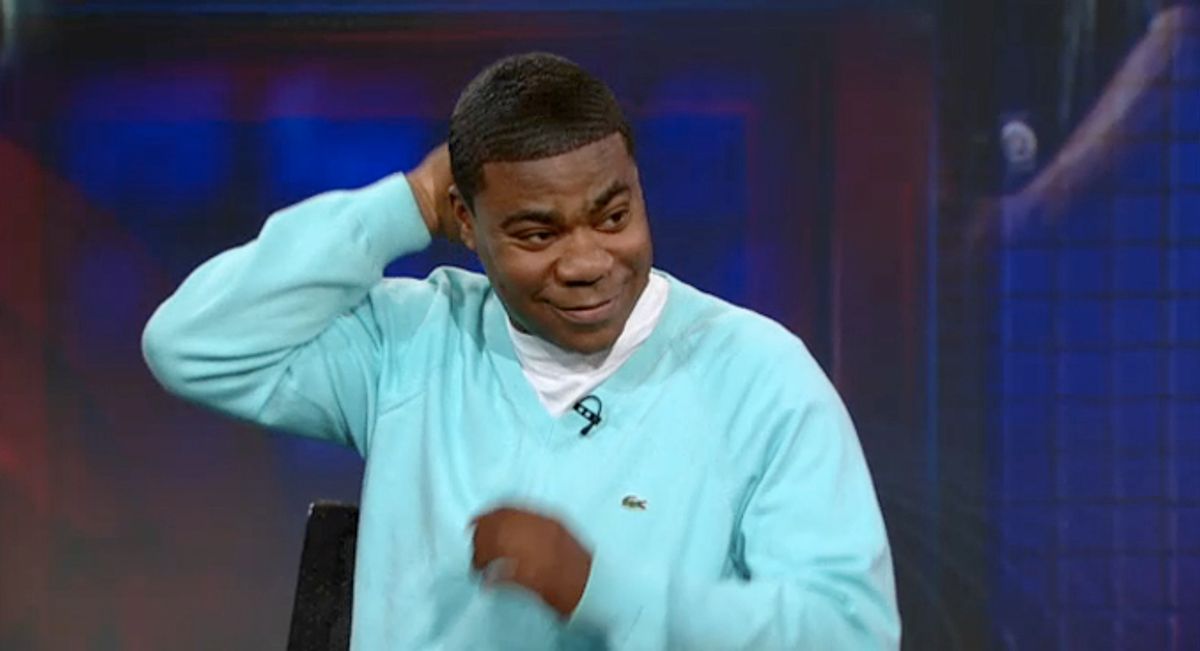 Tracy Morgan on The Daily Show
--

Best "Daily Show" interview in weeks? Tracy Morgan, who had Jon Stewart in tears at Wednesday night's taping. After Stewart compliments Morgan on his hair, Morgan warns the audience, "Hold onto your women! I could take your girl with my haircut. At least that's how it is in my community. Somebody could get pregnant." (Later in the evening, Morgan continued his tear on "Jimmy Kimmel," with the video parody "Impregn8ed.")

The madness spins out from there, with Morgan explaining what it means to be old school, sexually speaking, then weaving in Evel Knievel in a wheelchair jumping phone books, Christopher Cross and a Russian bear on a bicycle (Isn't that the plot of a John Irving novel?), and a strip club for "fat dudes" called "Chickendale's."

They should've extended this interview by about five minutes. To make up for it, NBC should immediately book Morgan on "The Marriage Ref." Can you imagine the brilliant advice for squabbling married couples that might tumble from this man's mouth?  Throw out Kelly Ripa and replace her with Morgan, stat!