"A Prophet": Brilliant fable of a crime lord's rise

In this dazzling French Oscar nominee, a polite young Arab convict rises above racism, cruelty and his own crimes 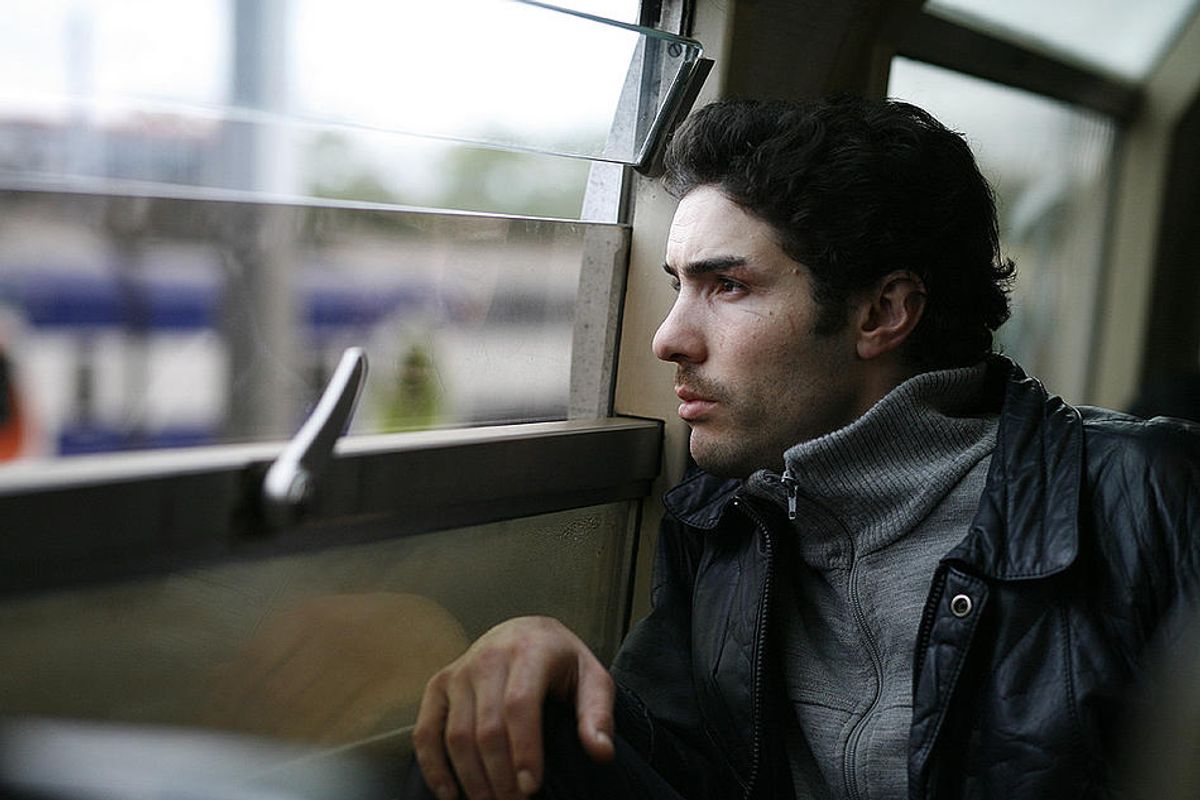 Movie history is full of charismatic criminal antiheroes, from Edward G. Robinson's Little Caesar to Al Pacino's Scarface. But Malik El Djebena, the young convict played by Arab-French actor Tahar Rahim in director Jacques Audiard's Oscar-nominated crime film "A Prophet," brings something new to the party. When baby-faced Malik enters a tough French prison at age 19, sentenced to six years for an assault against a police officer he says he did not commit, he seems more like an innocent or a feral child than a hardened criminal. We learn virtually nothing about his life to that point, except that he can neither read nor write. He offers prison authorities only baffling non-answers to questions about his family and childhood. It's as if Malik were just born, a test-tube hybrid spawned in the underbelly of the new France.

"A Prophet" is an atmospheric, tense and often violent film that spends most of its two-and-a-half-hour running time amid the thoroughly amoral, sub-Machiavellian culture of prison. Malik does what he must to survive, including working as an errand boy and hit man for César Luciani (marvelously played by Niels Arestrup), the thoroughly sinister Corsican crime boss who dominates the prison. But "A Prophet" is much more than standard-issue downbeat criminal realism, as its pile of awards around the world may attest. (It won the Grand Prix at Cannes and the BAFTA, or British Academy Award, for best foreign film, before its foreign-language Oscar nod.) Instead, it's a highly original film made in a familiar context, and an exciting moviegoing experience you shouldn't miss.

Malik is less an antihero, in fact, than an old-fashioned hero who triumphs over his appalling circumstances and never loses the audience's sympathy. Although he does terrible things, Malik never descends to the desperate level of the men around him. He takes no pleasure in violence or cruelty, takes revenge only on those who have wronged him, and does nothing to cause suffering to innocents. What makes "A Prophet" more enthralling than depressing, along with its rigorous technical brilliance, is the sense that Malik's rise to power stems from something mysterious within himself, an inexplicable moral center that may be related to the premonitory visions he has (which give the film its half-ironic title).

As a bilingual, French-born Arab who is not an observant Muslim, Malik is immediately an ambiguous figure in a prison divided between Luciani's ruling Corsican gang and a rival Arab-Muslim faction. Luciani sees his value right away, and coerces him into murdering Reyeb (Hichem Yacoubi), an Arab prisoner who is prepared to testify in a case against the Corsican mob. This grueling, bloody episode — Malik gets into Reyeb's cell on the premise that he's willing to trade sexual favors for drugs, but has a razor blade stashed in his cheek — is the key to the rest of the story in several ways.

The killing assures Malik's status as a prison tough guy and places him under Luciani's protection. But Malik's brief encounter with the courtly, educated Reyeb has a more profound effect on his life than his long-running, abusive father-son relationship with Luciani. A burly, gray-haired man who affects an avuncular demeanor, Luciani is supremely uninterested in Malik as a person, whereas Reyeb — in the 10 minutes they spend together before Malik slits his throat — offers to lend him books and help him learn to read. "The idea is to come out of this place less stupid than you came in," he says.

Malik seizes on this advice, not merely learning to read and write French but teaching himself the Corsican-Italian dialect that Luciani and his cronies speak among themselves. This makes him an ever more essential part of the crime boss's operation; he is seen by the Corsicans as an Arab and by the Arabs as a Corsican, but can speak to (or eavesdrop on) everyone in the prison. At the same time, Malik begins to build his own criminal enterprise, joining forces with Ryad (Adel Bencherif), an Arab friend who will soon be leaving prison, and Jordi (Adel Kateb), a Gypsy drug dealer.

It's probably fair to say that Malik feels anguished about having killed a fellow Arab, a man he liked, on the orders of a white crime boss — Reyeb's ghost occasionally turns up in his cell, a silent, admonitory presence — and in the long arc of the story, the murder sets Malik and Luciani on a collision course. As Malik draws near the end of his sentence, Luciani begins to send him out into the world, on one-day passes to Paris and Marseille, to help the gangster keep an eye on his outside business interests. Malik has been studying his boss carefully, and these glimpses of a wider world offer him a chance to set his own plans in motion.

But Audiard, a supreme craftsman of French genre films, isn't much interested in the story's pop-psychological aspects or ethnic politics. As with previous Audiard works like "The Beat That My Heart Skipped" or "Read My Lips," this is a crime film that stretches the form to its outermost limits, resisting the most familiar kinds of characterizations or narrative clichés.

For the most part, Audiard and cinematographer Stéphane Fontaine shoot "A Prophet" as a well-made wide-screen entertainment (complete with an awesome soundtrack based in American rap and rock), but the action is sporadically interrupted by freeze-frames, on-screen titles and an effect Audiard calls "La Mano Negra," in which the screen goes black except for a tiny, wobbly pinhole image at its center. To some extent, these are just auteurist signatures — reminders that we're watching a manufactured work, rather than real life — but as I've said, there are also hints in the movie that Malik possesses extraordinary powers of vision.

Within the French context, and maybe in the American context too, it's unusual to see an Arab character who is first and foremost an individual, and for whom group identity is a fluid and secondary concept. Polite, industrious and thoroughly self-made, Malik is a man of the new Europe. He may be a rootless orphan who emerged from darkness and has lived his entire life outside the law, but his future is not yet written.

"A Prophet" opens Feb. 26 in New York and Los Angeles, with wider release to follow.

A Prophet Movies Oscars Our Picks