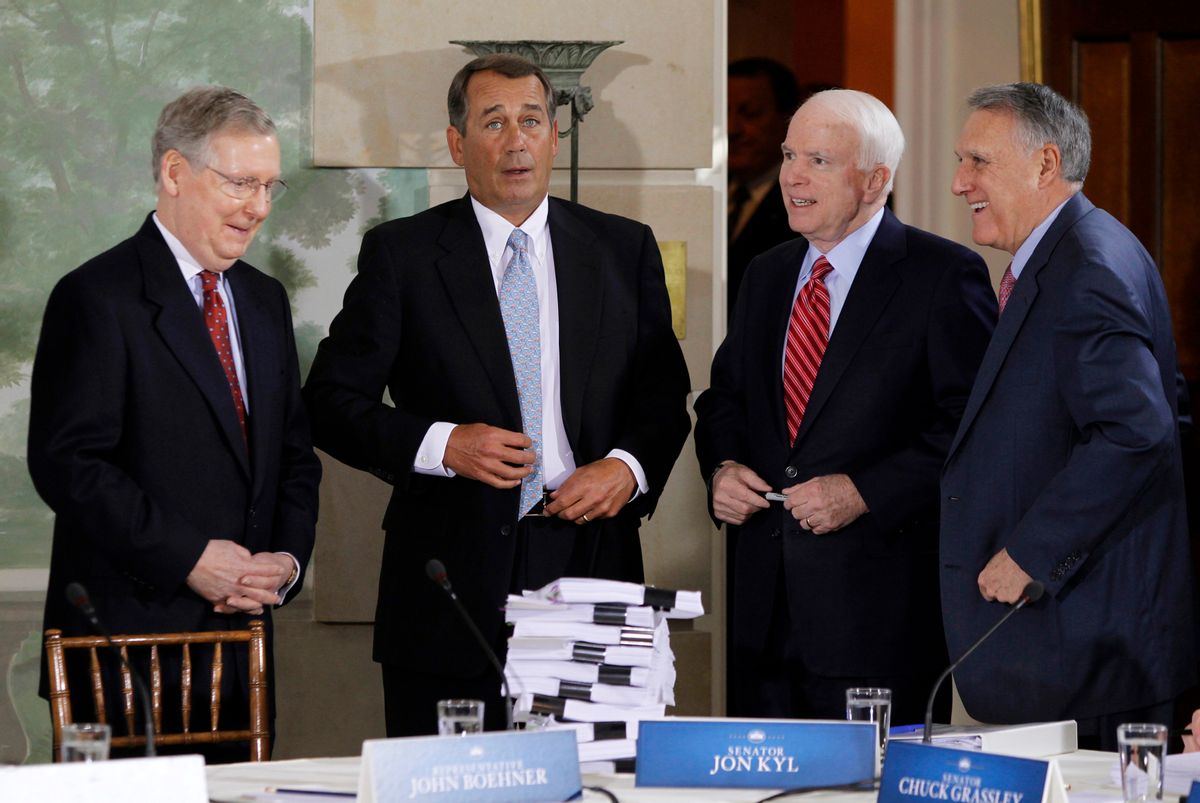 There was no bipartisan breakthrough at Thursday's White House healthcare summit. You didn't really think there would be, did you?

The daylong event amounted to exactly what President Obama said in his opening statement he hoped to avoid: an exchange of partisan talking points. (Of course, Obama's plea for unscripted banter was itself a talking point.)

The Republican participants used their time to attack Obama's plan, reiterate their insincere call to "start from scratch," and (in the case of a certain Arizona senator) to exercise grudges from past presidential campaigns. Democrats defended the plan and tried to lay the groundwork for passing it through the filibuster-bypassing Senate reconciliation process.

Everyone, in short, stuck to the script that he or she arrived with. So with that in mind, Salon offers the following report card, which grades the summit's main participants on how well -- or poorly -- they advanced their side's cause.