Desiree Rogers, who took some heat for the party-crashing Salahis, will leave next month 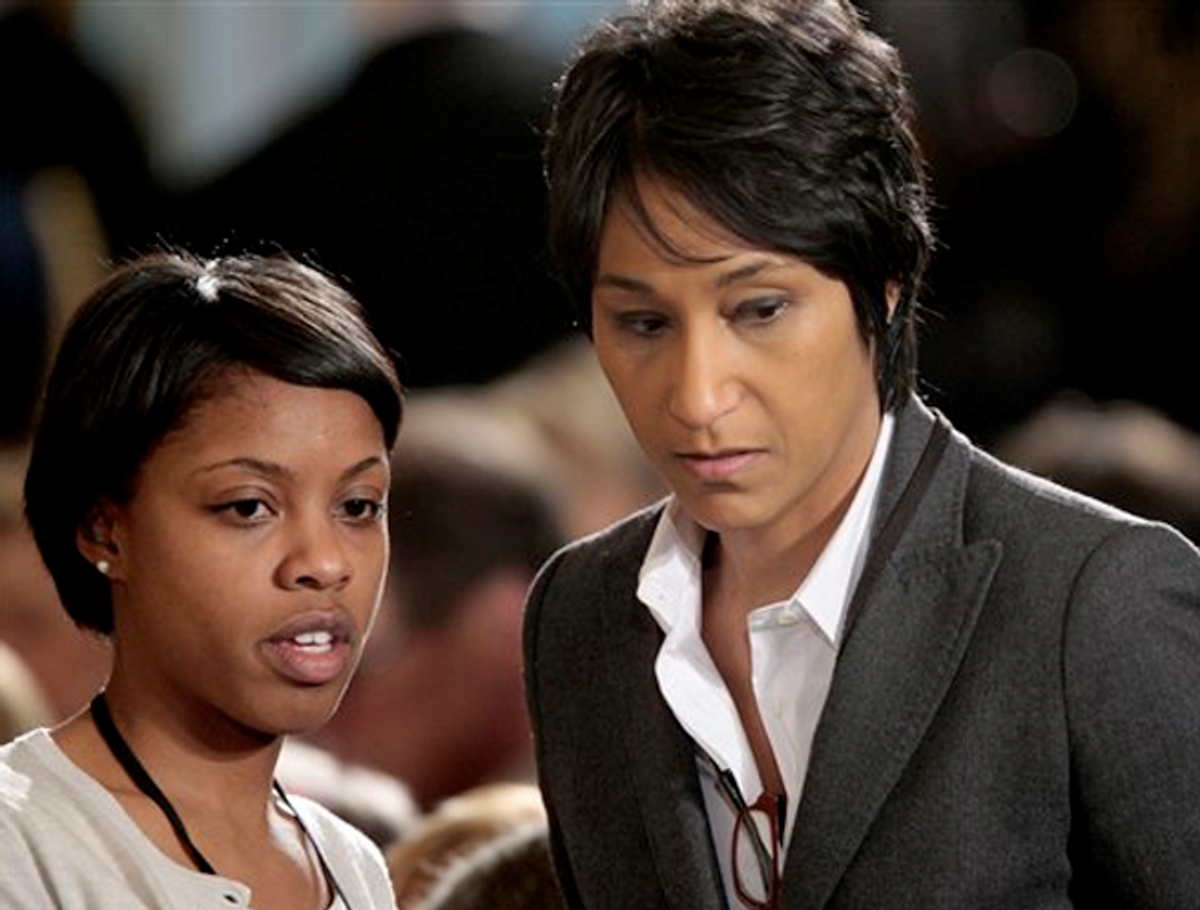 At last December's White House Christmas party for the press, Desiree Rogers planted herself very conspicuously by the coat check -- clipboard in hand, BlackBerry at the ready, a serious (if still welcoming) look on her face.

The White House social secretary was trying to show she meant business. A month before, she'd been caught in a silly inside-the-Beltway "scandal," as the permanent establishment in Washington teamed up with blame-Obama-first right-wing blogs to declare that the stunt pulled by the party-crashing Salahis somehow reflected poorly on President Obama and Michelle Obama. Allegedly, Rogers had violated all kinds of rules by actually attending the state dinner the Obamas threw for Indian Prime Minister Manmohan Singh. So by the time the holidays rolled around, Rogers was clearly going out of her way to demonstrate that she was at those receptions to work, not to play.

By next month, she won't have to worry about any of that. Rogers told the Chicago Sun-Times on Friday that she'll step down from her job soon. "As we turn the corner on the first year, this is a good time for me to explore opportunities in the corporate world," she said.

Technically, Rogers reports to the first lady, not to the president. But don't put it past conservative blogs or Fox News to use this departure as yet another sign that the White House is in great turmoil. After all, as the social office goes, so goes healthcare reform!

Update: That was fast. Michelle Malkin doesn't quite relate Rogers's departure to healthcare reform, but she can't keep herself from chortling as she passes along the news.

Update 2: A statement from the Obamas, just out from the White House:

We are enormously grateful to Desiree Rogers for the terrific job she’s done as the White House Social Secretary. When she took this position, we asked Desiree to help make sure that the White House truly is the People’s House, and she did that by welcoming scores of everyday Americans through its doors, from wounded warriors to local schoolchildren to NASCAR drivers. She organized hundreds of fun and creative events during her time here, and we will miss her. We thank her again for her service and wish her all the best in her future endeavors.