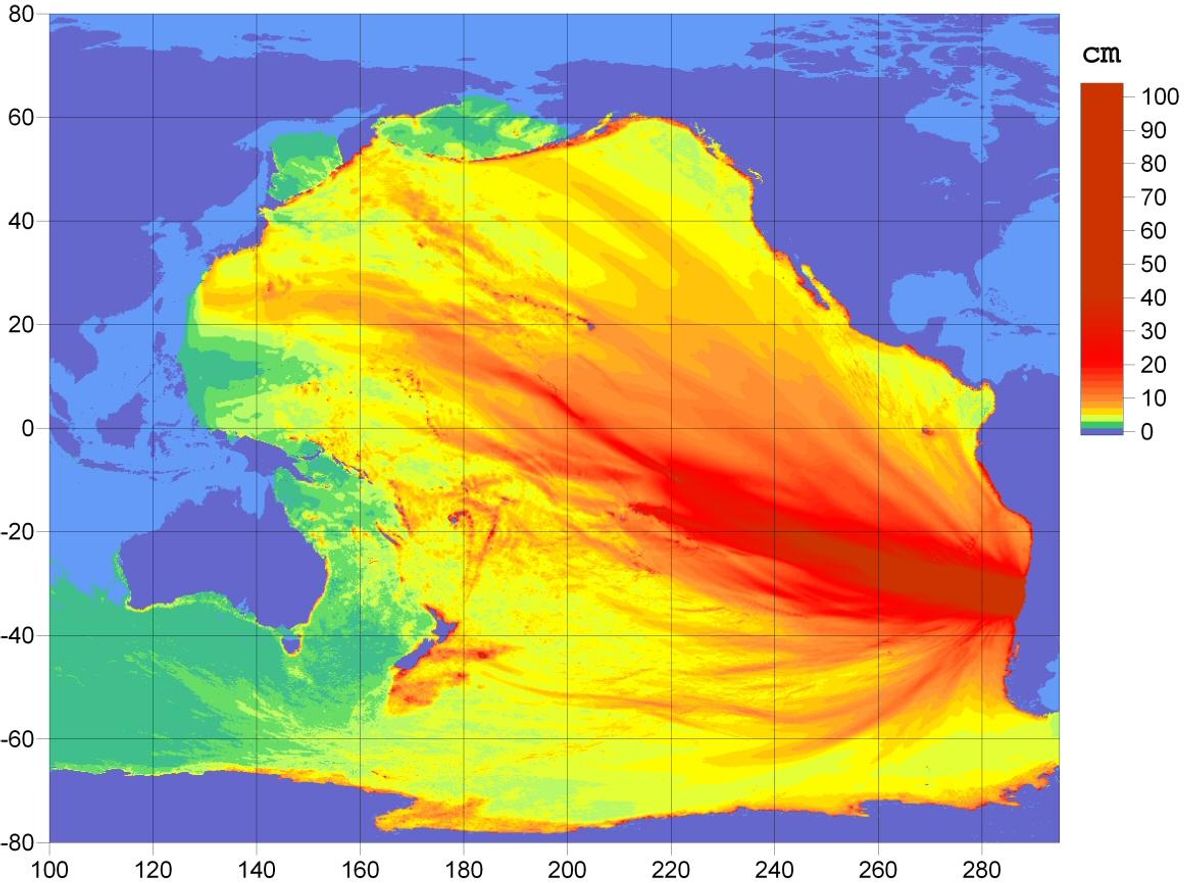 Projection from the National Oceanic and Atmospheric Administration of the predicted distribution of energy in the Pacific Ocean following the Chile earthquake.
--

A geophysicist at the Pacific Tsunami Warning Center in Hawaii says the tsunami was approaching Hawaii a bit faster than originally predicted.

Victor Sardina says data coming in from buoys and tide gauges across the Pacific indicated the tsunami should arrive in Hawaii at 11:05 a.m. (4:05 p.m. EST), instead of 11:19 a.m.

He predicts the tsunami would be a series of big waves, rather than a wall of water.

Charles McCreery, director of the center, says the tsunami will be "a lot like a fast high tide" and could pose dangers for several hours after the initial waves hit.