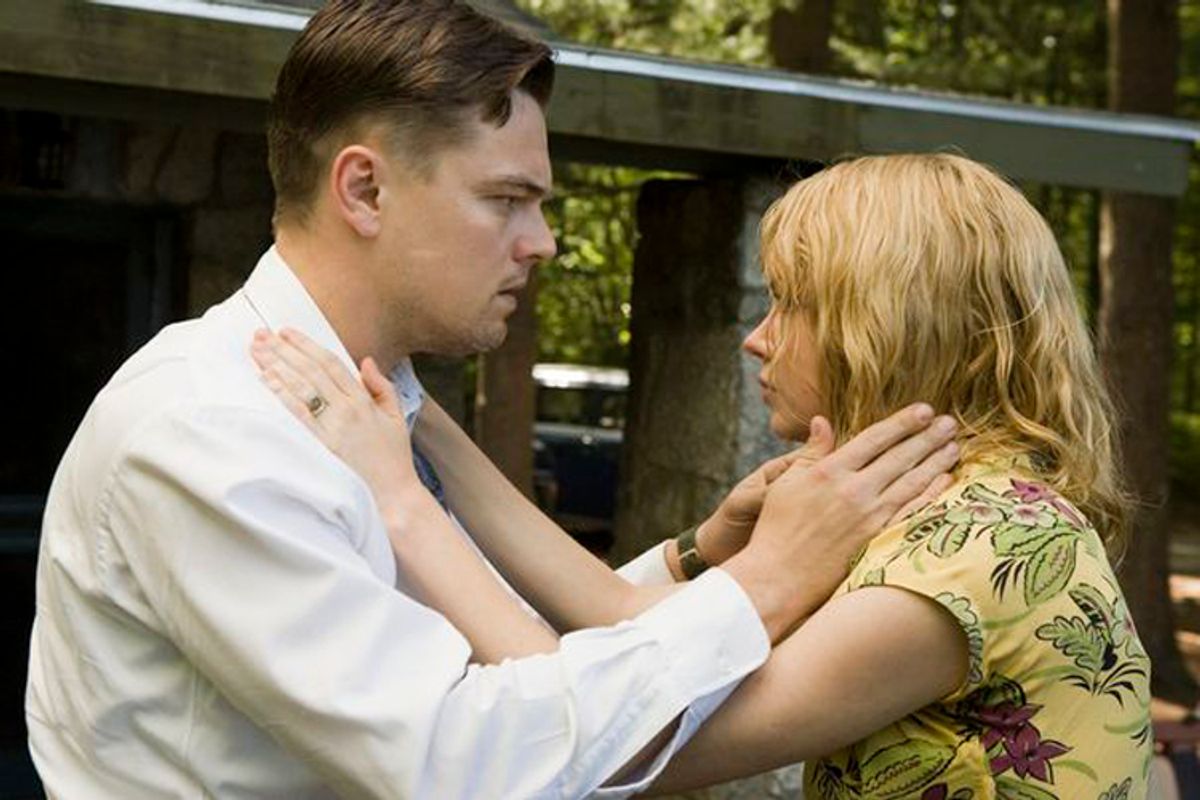 This will be shorter than usual. First of all, there isn't all that much news to report and second of all, I spent the day at Disneyland, which was far more crowded than usual. Curse you, "Captain Eo"! You marred my Sunday in three dimensions! Point being, I'm pooped. So "Shutter Island" pulled a repeat at No. 1 this weekend, dropping just 45 percent for a $22.2 million second weekend and a new total of $75 million.

Despite the mixed reviews and word of mouth, the Scorsese thriller is still the only real event movie out there for people who don't need a return trip to Pandora. While I didn't care for "Shutter Island" one bit, I am heartened that a moody, complicated, two-hour-plus, non-sequel, R-rated thriller from Martin Scorsese is a genuine smash hit. In this day and age, it's always refreshing to see an adult-driven genre picture to reach heights only usually accorded to franchises and animated films. The picture is Scorsese's fifth-biggest domestic grosser, and will reach no. 3 on that list by next weekend. Whether or not it can surpass the $132 million earned by "The Departed" is an open question, but it won't have any demo competition until "The Green Zone." That Bourne-goes-to-Baghdad thriller opens March 12. (I have no idea if that's an accurate summary, by the way, but it's sure how the Paul Greengrass/Matt Damon film is being sold by Universal).

Nos. 2 and 3 went to new releases. Both performed a bit above expectations. Kevin Smith's "Cop Out" nearly doubled his previous personal-best opening weekend with $18.5 million (his previous high, "Jay and Silent Bob Strike Back," opened with $11 million back in August 2001). This also marks one of Bruce Willis' best debuts over the last decade, as his star power has decreased since he stopped working with M. Night Shyamalan. It's his 11th-best opening weekend, and most of the bigger openings were from the 1990s. This isn't just a case of waning star power as much as Willis choosing non-commercial ventures. No one expected "Alpha Dog" or "Lucky Number Slevin" to play like "Armageddon," so this solid opening with a purely commercial picture is a good sign.

As for Smith, this will easily become his biggest-grossing picture, as he's never had a film gross over $31 million (Warner spent $30 million making this one). I'd argue that while the whole "Kevin Smith tossed off airplane" controversy helped push the film into the public consciousness, it still doesn't excuse how the media covered said event (essentially: "Ha ha, Kevin Smith is fat!" rather than "Hey, Southwest Airlines ejected a passenger who clearly was not too obese to fly!"). As it is, Smith's movies are often greeted by one controversy or another (Kevin Smith vs. the Roman Catholic church, Kevin Smith vs. GLAAD, Kevin Smith vs. the overexposure of "Bennifer"). It will be interesting to see how the film plays long-term. Despite terrible reviews, it still pulled in a solid 3.13x multiplier, implying theoretically positive word of mouth. It will also be interesting to see if Tracy Morgan gets more film work as a result of this opening, as the film was clearly sold on his antics as much as Willis' star-power.

Number three went to the remake of "The Crazies," which Overture opened to $16.5 million. The surprisingly well-reviewed remake of a 1973 George Romero picture pulled in a 2.75x multiplier, which is about normal for a horror film. With this opening and "Law-Abiding Citizen," "Capitalism: A Love Story" and "Righteous Kill," Overture is establishing itself as a major player. For what it's worth, my wife and I watched the original version of "The Crazies" last night, and it's a shockingly good and genuinely disturbing little picture. If the remake is any good, might I suggest you check out director Breck Eisner's previous film, the vastly underrated "Sahara"? Anyway, fourth place went to the film that cannot be killed (until next weekend, when it will likely be killed), "Avatar." Dropping just 13 percent, the James Cameron epic crossed $700 million in its 11th weekend. Alas, this will likely be the last weekend of tiny drops, as Tim Burton's "Alice in Wonderland" opens on Friday and will steal all of the IMAX screens and most of the 3D auditoriums.

The only limited releases were the foreign-language Oscar nominee "A Prophet" ($170,000 on nine screens), "Formosa Betrayed" ($69,000 on 15 screens), the documentary "Art of the Steal" ($40,300 on three screens) and "The Yellow Handkerchief" ($39,600 on seven screens). Roman Polanski's "The Ghost Writer" expanded to 43 screens and made another $870,000. It's new total is $1.1 million. While the film was not cheap ($45 million), Summit Entertainment is only on the hook for whatever they paid for North American distribution rights, so this should be a nice non-"Twilight" feather in their cap to go along with their likely Oscar glory for "The Hurt Locker." Other than that, it was just a matter of various films crossing arbitrary marks. "Valentine's Day" crossed $100 million, "Percy Jackson and the ... too tired to type out the full title for this terrible movie" and "Dear John" crossed $70 million, while "The Wolfman" sits at just $57 million (on a reported budget of $150 million). "Crazy Heart" crossed $25 million and "When in Rome" crossed $30 million. At $248 million, "The Blind Side" is less than $10 million from passing "Star Trek," after dropping just 10 percent in its 15th weekend.

Join us next weekend for the likely-to-be-huge debut of Disney's "Alice in Wonderland." While I likely won't see it until opening night (it was a choice of seeing it early by myself or waiting until Friday and letting my wife come along), I do hope it's closer to this than to this. Alas, if you've read this, you know where my instincts lie. Also opening is the Antoine Fuqua police drama, "Brooklyn's Finest" (also from Overture) and the IFC Jon Hamm thriller, "Stolen." Oh AT&T U-Verse, why don't you carry IFC On Demand?