Eighteen-year-old Michael Blosil may have leapt to his own death, but the real killer was his disease 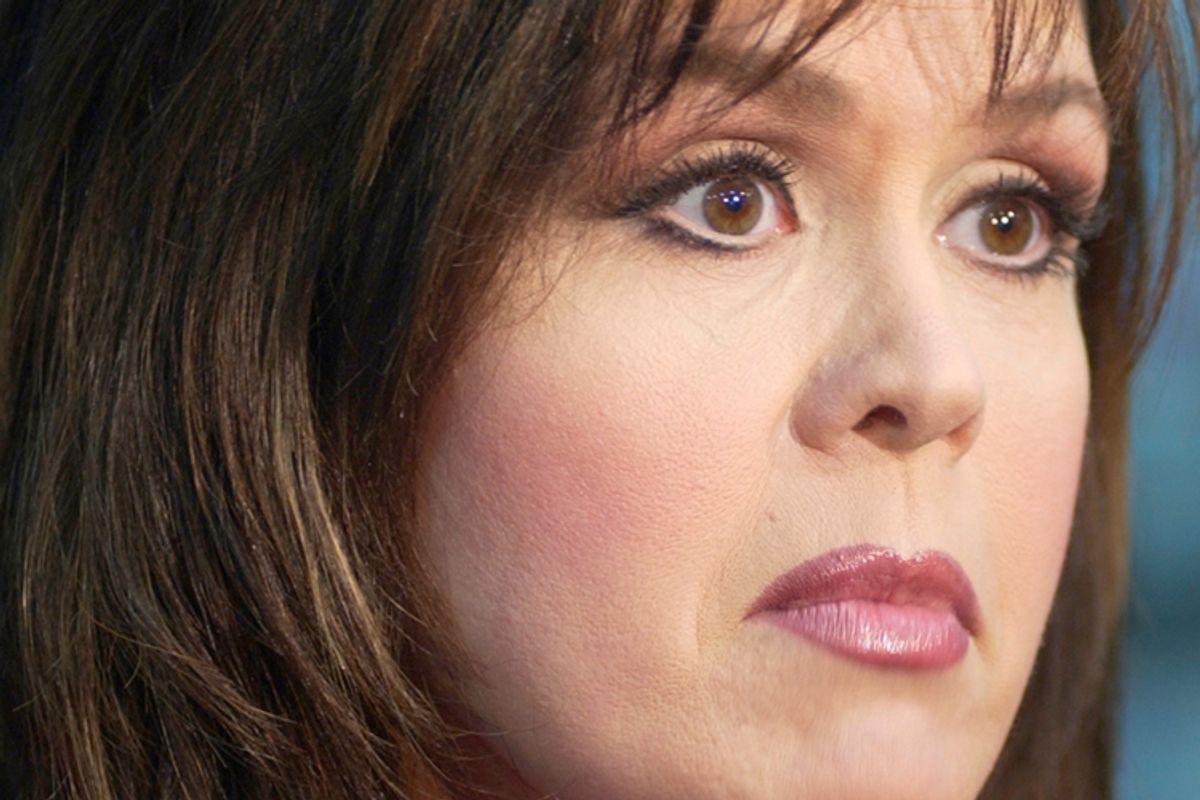 When Marie Osmond's 18-year-old son Michael Blosil leapt from his Los Angeles apartment building to his death Friday night, it was the grim end to a life that had been marked with severe bouts of depression -- and according to some friends, at least one prior suicide attempt.

Blosil's sudden death comes a few days after the body of "Growing Pains" actor Andrew Koenig was found in Canada after taking his own life, and just weeks after the suicide of designer Alexander McQueen. McQueen had allegedly been grieving the death of his friend Isabella Blow three years before -- also by suicide -- and had become further depressed after the recent death of his mother.

Yet despite the seeming ubiquity of depression -- the trio of high-profile suicides, the round-the-clock deluge of television and magazine ads for Abilify, Effexor and other motivationally named medications -- depression still gets relatively short shrift in the pantheon of severe, life-threatening conditions.

As the details of Blosil's suicide emerged Monday morning, in among the sympathetic public comments were confused and downright angry responses as well. "This kid was given everything besides love and encouragement; he was given medical help and intervention, and it still wasn't good enough for him. How could he be so selfish as to cause so much pain on those who loved and cared for him the most?" wrote one commenter on CBS. "I raised two sons myself and have to wonder if a child takes their own life, how can it be that the parent has done their job well?" added another. And on CNN, a woman who wrote that her husband had killed himself years before called suicide "an incredibly selfish act."

It's the "act" part that's such a sticking point for a lot of people. You can't help getting cancer. You can, so the thinking goes, not jump out of a building or hang yourself in a closet. And that, in a nutshell, is the bitch of depression -- it isn't just how it makes people feel, it's what it makes them do. There may be overwhelming evidence that it's an illness not simply of the mind and mood but literally of the brain, but it wears the guise of the world's crappiest mood. A friend jokes, "You say 'depressed,' people hear 'sad.' Sad? I want to kill myself. So we're not going to the movies."

That's how it goes with depressed people, why it makes their behavior so inscrutable. Depressed people will cancel plans at the last minute and give distracted, one-word answers when you try to make conversation. They will miss their deadlines. They will offer you no solace on your own worst days. They will confound and frustrate the hell out of you. They will break your heart.

In his suicide note, Michael Blosil allegedly wrote that he felt he had "no friends and could never fit in." That's the sneaky, cruel nature of the disease – it isolates its victims, it cuts them off from companionship and support. As Kurt Cobain wrote in his own suicide note, "Why don't you just enjoy it? I don't know."

On a bright afternoon last August, I got a call from an unrecognized phone number. When the voice on the other end said, "This is Ali's mother," I knew right away. Ali had struggled with severe, "treatment resistant" depression the whole 16 years I'd known her. She'd been in and out of hospitals, sometimes for months at a time. She'd tried a dozen different drug combinations. "She took her life," was all her mother said.

Ali was kind and whip smart and funny and a royal pain in the ass a lot of the time. She would often call after she'd gotten out of the hospital, full of hope and trying so hard just to be normal, just to be able to get out for a cup of coffee. And then time would go by and she'd disappear again. This time she managed to make herself disappear for good.

Six months later, I'm still mad at her for leaving. But I hope that near the end she found a kind of peace, the peace you feel when you stop struggling against the tide and just let it carry you out. That's what I would feel if she'd had any other fatal illness, because I know that's really what she had. Not all suicides are depression-related, of course. And not all depressed people kill themselves -- fortunately, many can, with therapy or medication or both, control it. But Ali died of the same thing that's eating away at approximately 21 million Americans right now, the thing that killed Alexander McQueen and Andrew Koenig and now Michael Blosil.  They didn't take their lives because they were selfish. They did it because they succumbed to a selfish disease – one that wanted them all to itself.