Harold Ford not running for Senate in N.Y. 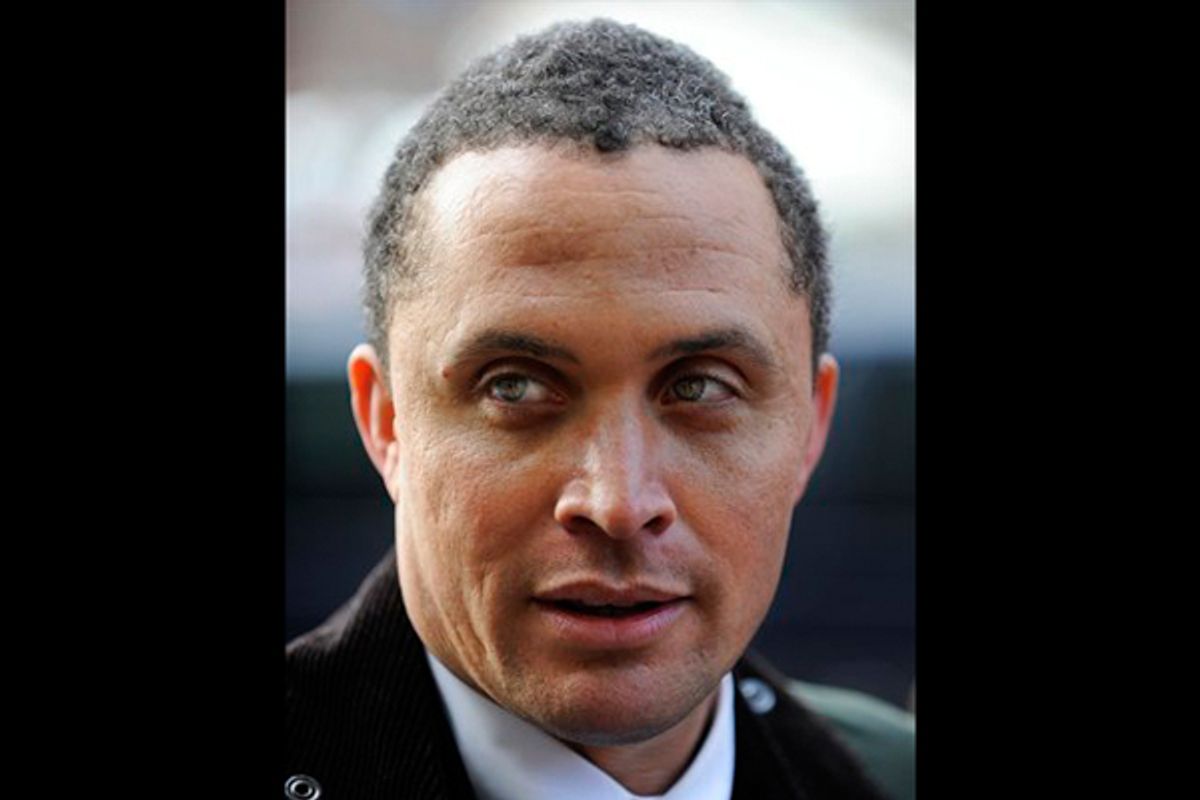 Democrat Harold Ford Jr., listens to a reporter's question before lunching at Sylvia's in the Harlem neighborhood of New York, Jan. 15, 2010.
--

Ford had been very publicly been considering running in his adopted home state against fellow Democrat Gillibrand. The incumbent -- named to her post by Gov. David Paterson as a replacement for Secretary of State Hillary Clinton -- has been considered vulnerable. But Ford was probably not the ideal challenger. In a liberal state, and with Gillibrand exposed on her left flank, he was coming at her from the right.

The former congressman's foray into the race was also plagued by missteps. Among other issues, he ran into real trouble trying to shift away from some of the conservative positions he took when running in Tennesee, and he ended up looking silly at times.

Ford officially announced his decision in an op-ed slated for Tuesday's New York Times. In it, he bashes Democratic party leaders, especially those in New York's party, and says they had "campaign[ed] to bully me out of the race." But, he says, he decided not to run because he refuses "to do anything that would help Republicans win a Senate seat in New York, and give the Senate majority to the Republicans."

[A]s I traveled around New York, I began to understand why the party bosses felt the need to use such heavy-handed tactics: They’re nervous. New Yorkers are clamoring for change. Our political system — so bogged down in partisan fighting — is sapping the morale of New Yorkers and preventing government at every level from fulfilling its duty.

The cruel twist, of course, is that the party bosses who tried to intimidate me so that I wouldn’t even think about running against Senator Kirsten Gillibrand, who had been appointed to the seat by Gov. David A. Paterson, are the same people responsible for putting Democratic control of the Senate at risk ....

The party has been too slow to change. The effects of its lack of flexibility have been clear in a series of worrisome political events: Ted Kennedy’s “safe” Senate seat was lost to a Republican; Evan Bayh of Indiana and Byron Dorgan of North Dakota announced they weren’t running for re-election; Senate seats held by Democrats in Wisconsin and Delaware now seem to be in jeopardy; New York’s state government faces even more controversy and challenge.

I’ve examined this race in every possible way, and I keep returning to the same fundamental conclusion: If I run, the likely result would be a brutal and highly negative Democratic primary — a primary where the winner emerges weakened and the Republican strengthened.

I refuse to do anything that would help Republicans win a Senate seat in New York, and give the Senate majority to the Republicans.