Where will Harold Ford land? 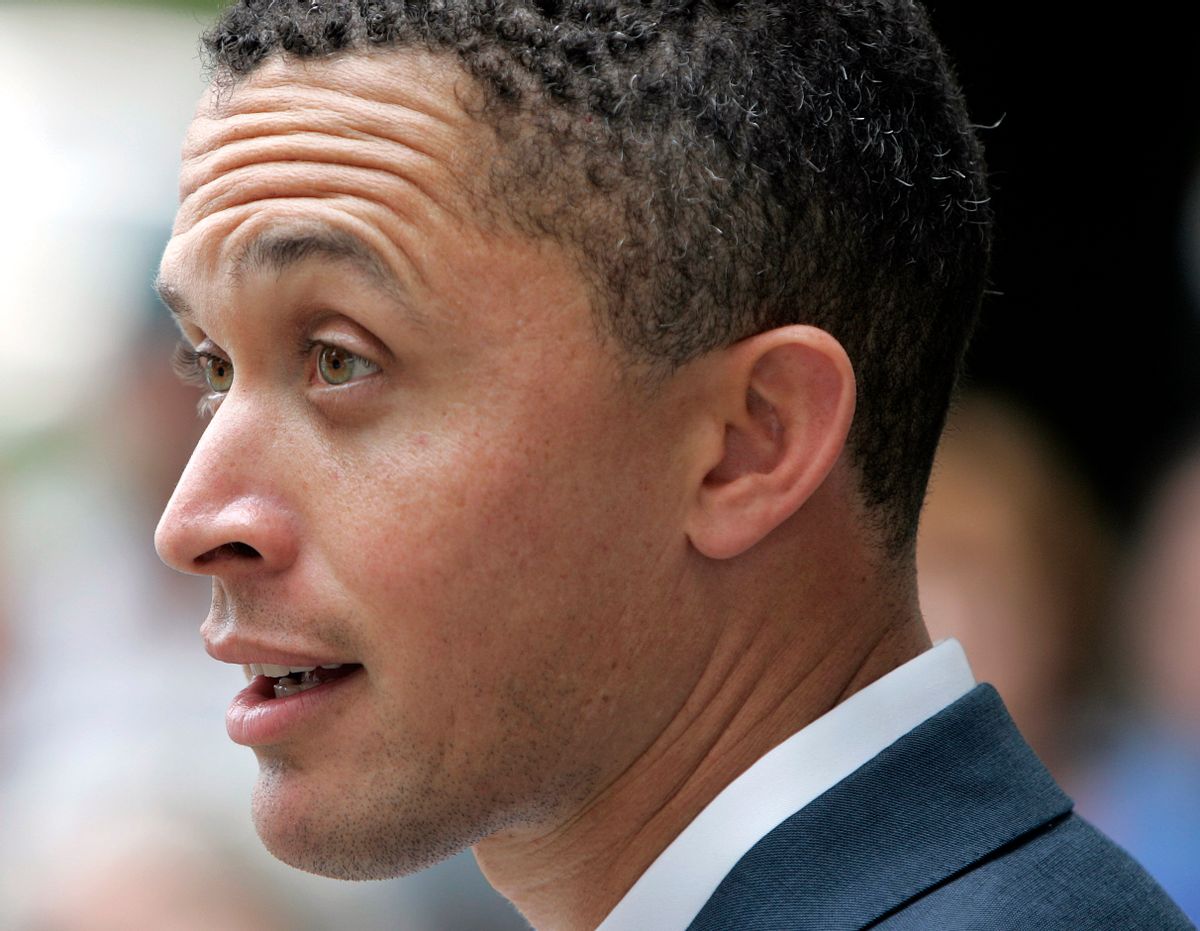 It didn’t matter that he’d never filed an income tax return in the state or that he’d been mulling a run for governor of Tennessee just a few months earlier; Harold Ford was a New Yorker, dammit -- and he had the helicopter flight logs and pedicure receipts to prove it.

That was the one-time Memphis congressman’s message when he suddenly began exploring a U.S. Senate bid in the Empire State two months ago, an effort that ended last night with his announcement that he wouldn’t be a candidate. (Ford blamed the bullying tactics of party bosses, which is another way of saying he was running 25 points behind Kirsten Gillibrand in polls.)

But fear not, Ford-philes: If our favorite pampered political vagabond has proven anything these last few months, it’s that even the most tenuous ties to a state can be enough to wage a serious campaign for major office. And 2010 is still young! There’s still time for him to suddenly reveal his residence in another state or two that just happens to have a major office open this year.

As a service to Mr. Ford, Salon is happy to offer the following suggestions for the next leg of his Unbridled Ambition ’10 national tour:

Office to seek: Governor is open this year.

He’s a resident because ...: He graduated from the University of Michigan’s law school in 1996.

Campaign strategy: Claim to be a distant relative of Henry Ford and promise to revive the auto industry with an even bigger infusion of federal money -- while also declaring, "I am a capitalist."

He’s a resident because ...: Did you know he did his undergrad work at Penn?

Campaign strategy: Just import his New York strategy (run to the right of Gillibrand) -- but with Arlen Specter and Joe Sestak both scrapping for votes on the left, there might be enough room here to win! Or at least finish a respectable third!

He’s a resident because ...: This one’s easy. He was raised here when his dad was in Congress, attended St. Albans and lived here when he served in the House from 1997 to 2007.

Campaign strategy: Adrian Fenty is the Kirsten Gillibrand of the District -- a sitting duck, if someone serious would just step forward and challenge him. Downside: Mayor of D.C. is not a great stepping-stone to national office; Ford would have to move again in a few years to run for higher office.

He’s a resident because ...: He was the Barbara Jordan Visiting Professor at the University of Texas’ Lyndon B. Johnson School of Public Affairs in 2008

Campaign strategy: Remember when I voted to shield gun manufacturers from lawsuits when I was running for the Senate in Tennessee? And how I pretended I hadn’t when I was running in New York? Yeah, well let's just forget all the New York stuff.

Pedicure recommendation: No real Texan would be caught dead getting one. Take the helicopter to Joy's in DC.