A tween version of Ke$ha's party anthem "Tik Tok" becomes a viral hit. Just how disturbed should we be? 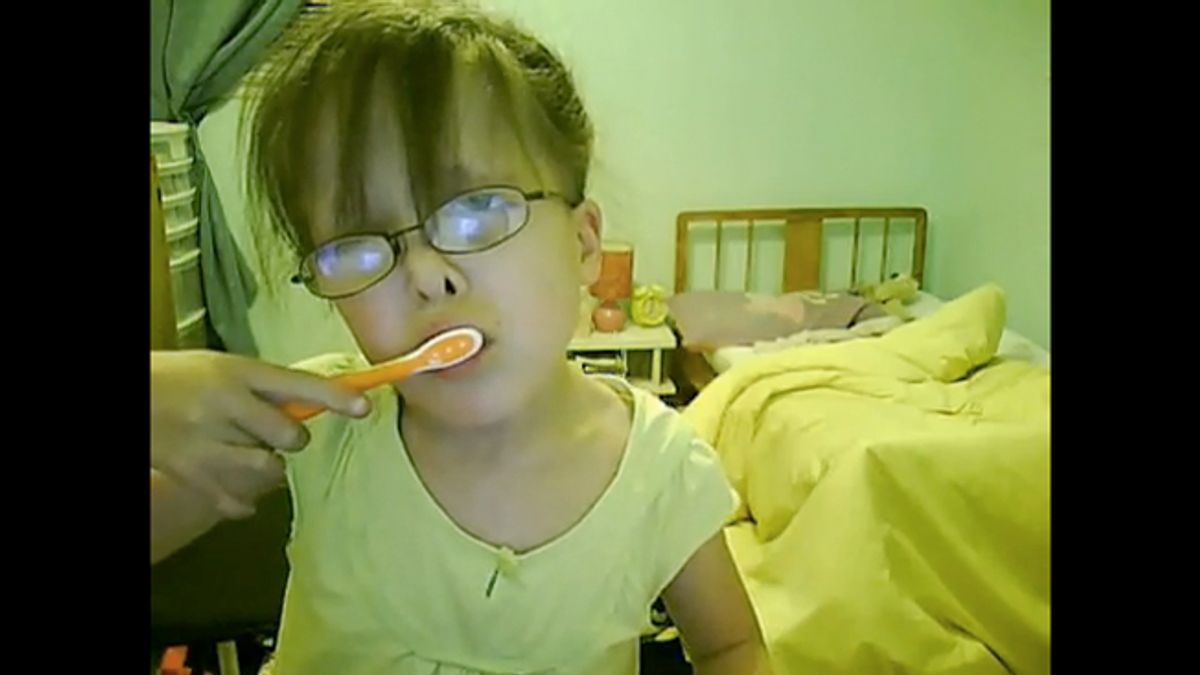 Little girls – one minute they're begging you to replay that Wiggles song about fruit salad, and the next, they're singing about boys trying to touch their junk. The viral queen of the week is a bespectacled 12-year-old named Avery whose pint-size version of the Ke$ha mega-hit "TiK ToK" has been quietly accelerating on YouTube since she posted it in December. Then yesterday, on Ke$ha's 23rd birthday, the thing took off.

The homage video is a Web classic; someday, entire college courses will be devoted to all the versions of "Single Ladies (Put a Ring On It)." (Post-feminism in the age of air-punching gyration: Discuss!) But for parents, there is something about the sight of a child cavorting around to a song that celebrates drunkenness, fighting and over-identifying with Diddy that gives one pause.

Suggestive lyrics and little ears are nothing new, and I say that with all the authority of someone who could do the full 17-minute version of "Love to Love You Baby" at 9. Anyone who's grown up any time in the pop era and anywhere outside of Amish country probably has a similar story, and there's a pretty good chance it involves a Prince song. Ergo, just like Avery, my own 10- and 6-year-old daughters can belt out the inappropriate dance hits with the best of them. Just yesterday they stopped me in my tracks at the supermarket by warbling along to "Sexy Bitch." (We keep it pretty real at my supermarket.)

But where once the beyond-your-years pop culture aptitude merely mildly scandalized parents, kids now have the option of entertaining and/or appalling the multitudes. Anyone with a laptop can become a star -- and that's where it gets complicated. Is toothy, unself-conscious Avery's lip-synced "TiK ToK" kind of adorable? Absolutely. Is it also a little disturbing, knowing a) her bedroom antics are out there for the world to see and b) her parents had to consent to this? Yep, that too. By putting herself out there, Avery is open to the geniuses who comment that "Wow you are a fucking annoying ugly brat" and "You know you want my cock."

Based on her other videos, wherein she enthuses about the books she loves and does a full-on homage to farting, Avery seems a pretty grounded, funny kid. She's like a lot of girls, including my own, in her exuberant eccentricity. Her vogueing for the camera bears little resemblance to Ke$ha's grown-up, celebratory skankiness.

And that's why her video is so unnerving, so surprisingly bittersweet. It's not that she's singing about brushing her teeth with a bottle of Jack; it's the innocence with which she does it. (Though if you're looking for disturbingly sexualized young video queens you don't have to look far.) While Avery is self-aware enough to do a video hanging out alone in her room titled "Get a Life," she -- like every other little girl busting a move on YouTube -- will soon be a young woman. By then, she'll have already long figured out that she's not just performing for herself here. She'll understand that she is being watched, being scrutinized for her looks, her clothes, her glasses, her allure or her perceived lack thereof. Welcome to the rest of your life as a female, kid.

For now, though, she's still just a little girl, playing in her room and blowing her speakers up. On her YouTube bio, she writes with heartening sagacity that "95% of kids laugh at other kids because they are different. Post this on your channel if you're part of the 5% percent laughing at the other kids because they're all the same." Ke$ha may not be the world's great role model, Avery, but every minute you keep laughing, you are.