He's lost the ability to speak, but the outspoken writer still has plenty to say -- and a new way to say it 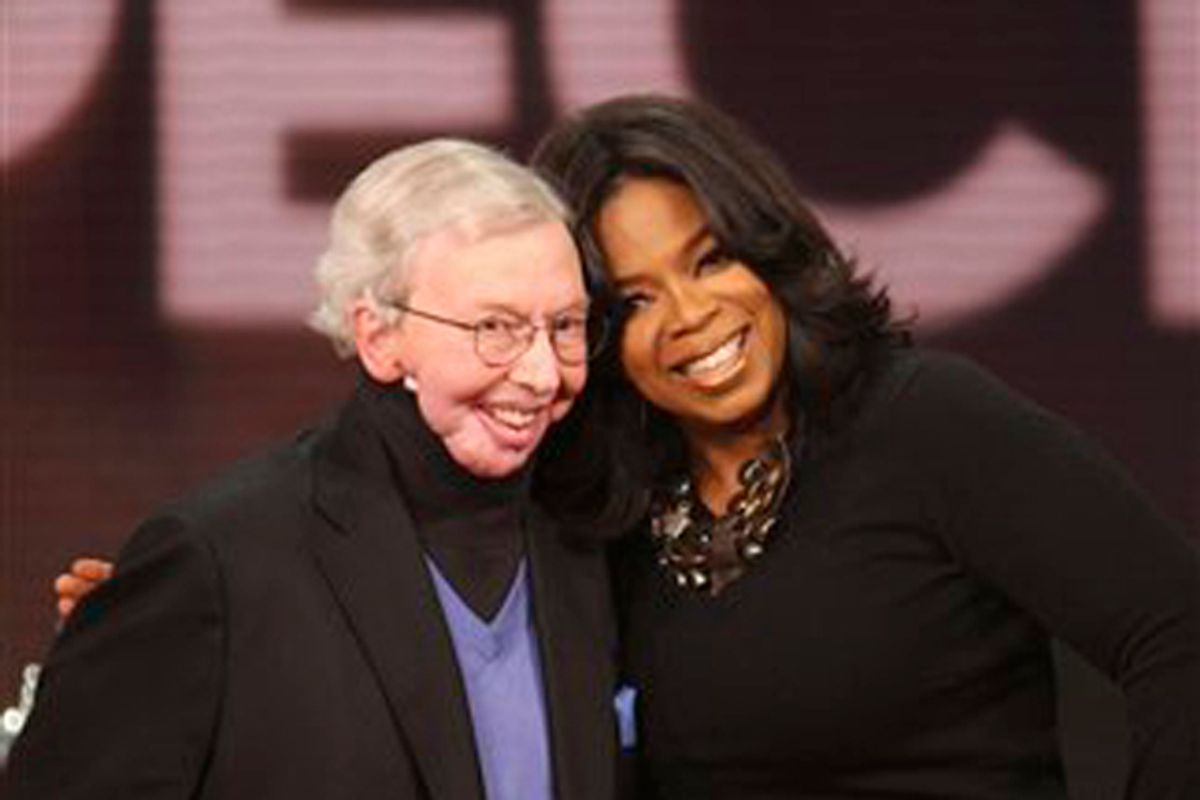 Roger Ebert is all kinds of badass. He wrote a Russ Meyer movie (one that's crazy even by Russ Meyer standards). He has a Pulitzer Prize. He's done more for thumbs than any individual since the days of the gladiators. And while he's easily lumped into the big fat group of givers of movie marquee exclamations, he remains, in truth, one of the most consistently passionate, insightful, witty and bold film critics the form has ever known. In recent years, throughout his very public battle with thyroid cancer, he has been forthright, and self-deprecating -- writing recently that "Well, we're all dying in increments."

Tuesday, on his old pal Oprah Winfrey's show, Ebert made a rare television appearance and "spoke" for the first time in almost four years -- about cancer, about childhood memories, and about the best movies of the year. Though multiple surgeries have robbed him of his power of speech and his ability to eat and drink (he gets his nutrition via a feeding tube now) – the 67-year-old remains as opinionated – and overscheduled – as ever.

Opening her pre-Oscar show with a prerecorded tour through a day in the life of the world's best-known critic, Winfrey followed Ebert through a schedule that could wipe out a man a third his age – three movie screenings, banging out his column, working out and hanging with his devoted wife Chaz.

He then took the couch – looking frail and strange, a radical departure from the big, talkative gadfly who's been a television fixture for nearly 30 years. Toting his Mac laptop, Ebert proceeded to answer Oprah's questions in a slow, computer-generated voice. But his words were as engaging as ever. "In my dreams I'm talking all the time," he explained. And amazingly, thanks to a career spent talking all the time, a company in Scotland has been working with him to construct a computer voice program based on clips of his real voice. Trying it out for the first time, his laptop intoned in pretty passable Ebert-ese: "In first grade they said I talked too much -- and now I still can." But though he's ebullient as ever, he insists there will be "no more surgery ... We have to find peace with the way we look and get on with life."

The critic then offered his Oscar picks – he's going with Bigelow and "Hurt Locker" – but he offered something much more. Toward the end of his segment, Ebert's wife read a statement that first appeared in the intense, fascinating portrait of him in the March Esquire.  The man who's spent his life answering to a job title with such negative connotations – critic -- issued as positive a review on life as anyone could ever give. "We must try to contribute joy to the world," she read. "That is true no matter what our problems, our health, our circumstances. We must try. I didn't always know this, and am happy I lived long enough to find it out."