More blah performances from the top 10 guys. Luckily, one contestant has God on his side 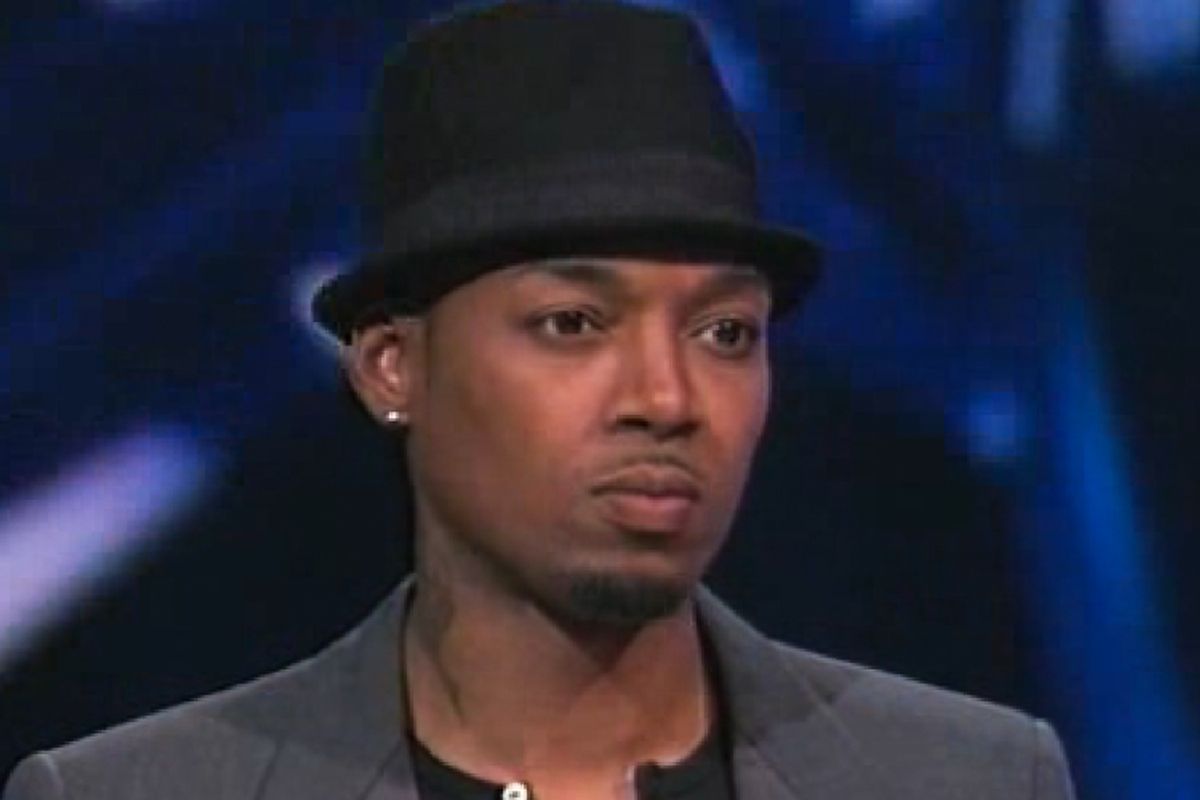 "American Idol" has always had good manners, and tradition has dictated that the ladies go first. America was expecting the 10 remaining women to perform Tuesday night, but Crystal Bowersox, a favorite to many, had been admitted to the hospital overnight due to "medical complications," and a last minute switcheroo was made. This meant that the 10, some boys and some men, competed one day sooner than they were expecting. Maybe this explained why so many sounded so jittery and nervous. Or it could have been too much Red Bull. Or sleep deprivation. Or maybe whatever Bowersox had was contagious.

Ellen, dressed in safari garb, started the show doing what Ellen does best: She rambled. Have you noticed that Ellen is great at rambling? Ellen, for some unknown reason, felt the need to talk about missing (as in sorely missing) "American Gladiator." I got lost in her trademark style of a ramble as she went on and on in different directions. Ellen had elevated the ramble to an art form.

Here are your Top 10 Male Contestants:

Michael Lynche: Michael, fondly known as "Big Mike" was HUGE, and into theater and weight lifting. BM sang, "It's a Man's World," and I could smell the testosterone emitting from my TV. Big Mike manned up and was in his element.

Randy went crazy and gave BM a standing ovation. Ellen said his song was educational, and I could feel a ramble coming on.

Simon was practically purring with delight and told BM, "You went from a pussycat to a lion in one week.  You're an old soul.  The song suited you." Big Mike became the man of the hour.

John Park was next, but first we had to listen to his whining about how haaaaaaaaaaaaaard it was for him to be "standing there on stage while the judges were ripping on me." Poor John looked like he needed an anti-depressant or a medically induced coma.

Judging by the judges' faces, as John sang his depressing, boring, monotone song about gravity, I wanted to say, "Earth to John!  Ground yourself because you're about to get more bad news!" John was about to be in more tears.

Randy thought it was flat, with pitch problems.

Ellen said it needed more soul, but John had star potential. May I speak out of line here?  NO HE DOESN'T. Ellen needed her own grounding.

Kara: My ears were temporarily boycotting her.

Simon: "A ‘so what' performance. In 20 minutes time we'll forget that song." Forget about the song. John Park was still standing on stage and I'd forgotten about him. Big Mike could teach John a thing or two about being in a man's world.

Casey James: It was no secret that Kara had the hots for Casey. She admitted as much last week and even referred to herself as a "cougar." Ugh. Casey stared into the TV camera and spoke as slowly and smoothly as molasses about how he was raised without TV (due to a weather malfunction involving lightning and the unfortunate family TV). Casey said, with those deep blue eye contacts of his, that the absence of TV forced him to focus on "some of my stuff." Hmmm…Casey had a point about the boob tube, and I was left questioning my sanity and asking, "Why the hell am I watching this show?"

Casey rocked it out with the guitar. Well, to put it more bluntly, Casey wasn't rocking out; he was rocky. He sounded out of breath and out of sorts.

Ellen: "There was a stiffness about you." Ellen was right!

Kara: "Everything that was distinct for you went away. Two steps back baby." Kara sounded like a woman scorned.

Simon: "I'm kind of with Kara here. Last week you chose a great song and it was a standout. This week you turned into someone you would see in every bar across America. You don't have the grit needed in your voice, it was more like sand." Simon was right. The grit was definitely missing, and anyone with long, blonde hair and piercing blue eyes should have grit in his voice. Casey needed to work on the grit factor.

Alex Lambert: How the hell did this kid get through any audition at all?  I was still in shock he hadn't been kicked off last week.

But wait! I had prematurely judged Alex, who sang a John Legend song, and I was surprised to find that I liked him. Like really liked him. And guess what? That demure kid who told America he vomits before every performance or is worried that he will vomit before every performance had GRIT in his voice. Bona fide, for real grit. Sexy Casey could learn a thing or two from that boy. Alex would have made John Wayne proud.

Randy: "I liked that. Such an improvement over last week. And way legit."

Ellen: "The unripe banana had been put it in a paper bag and it ripened faster." There was that unripe banana reference again from last week. I had been hoping I would never hear another banana reference come out of Ellen's mouth, but she wisely added, "Under that mullet is a little Sam Cooke voice." Alex  left the stage with a big grin and the need for a diaper change.

Todrick Hall, the already-professional singer and dancer did not throw up before his performance. He did however, do push ups.

Todrick sang Tina Turner's "What's Love Got to Do with It?" I enjoyed his rendition of the song and thought it showed off his great voice and impressive range. Once again, I was wrong, wrong, wrong.

Randy: "At the end, dawg, the falsetto run was hot, but I didn't love it."

Ellen: "I liked it.  But sing and move and use your strength." The camera panned to Simon's face, a face that was more than obviously peturbed and seething with Ellen's feedback. Yes, seething.

Simon: "Todrick, move, but don't sing. This isn't working out for you at all. It reminded me of a theme park." Ellen looked nuclear and sat glowering at Simon. I smelled a feud coming on.

Jermaine Sellers: How does one describe Jermaine Sellers? A clip was shown of Jermaine practicing with one-piece pajamas on. That made it hard to take the guy seriously. Jermaine sang "What's Going On" by Marvin Gaye.

Randy and Ellen said it was no good. Kara was caught staring at her cuticles, and Simon said, "You watered down the song. It was one of the great pop songs of all time and you made it lose its importance because you played it safe." Jermaine asked Simon to go to church to hear him sing. Simon surprised everyone by responding, "I'd be willing to go to church with you."

But wait! Jermaine just went from kind of quirky to really creepy. Jermaine declared in the boldest of voices, "Jermaine knows GOD!!!!!" And apparently God, because of His intimate relationship with Jermaine, told Jermaine he was not going to get voted off this week. Simon then said, with the perfect mixture of disdain and cynicism, "Well, then, no one needs to bother with the phone lines." No way would Simon go to church now. Jermaine had a chance to help save Simon's soul and he blew it. God help him.

Andrew Garcia: An early favorite because of his audition rendition of Paula Abdul's "Straight Up," Andrew came to the stage with high expectations from the judges and audience alike. He sang James Morrison's, "You Gave Me Something," and I wanted to say, "Yeah, an ulcer." I was afraid Andrew had become one of those premature peakers.

Simon: "It's just frustrating once again. The fact that you didn't manage to pick two good songs the past two weeks is concerning. It was just OK and you're better than OK. I'm still disappointed in you." Simon sounded like a disapproving parent.

Aaron Kelly: Last week, Simon encouraged Aaron to have more confidence. Aaron sang, "My Girl," and "horrid" was the word that came to my mind immediately.

Simon: "I didn't like the song.  It was all over the place and you actually went backwards".  Kara pouted and Simon ignored.

Tim Urban: Tim, the one who got sent home and should have stayed there, told the story of being a person of faith and one of 10 children who came from an adoring and wonderfully happy family. How dysfunctional can one get, to rub one's healthy family in the rest of America's face?

Tim sucked, and it wasn't because of a case of nerves, lack of confidence or song choice. Bottom line: God didn't give Tim the greatest of vocal cords.

Ellen: "Tim, can you act? You could act and sing and be on 'Glee' because you are so ADORABLE, but your strong point is not the singing."  Again, why did no one figure this out when the hundreds of billions of more talented "American Idol" contestants were trying out?

Simon was about to part the Red Seas.

Simon: "Tim, this may surprise you. I disagree with these three. I think it was a marked improvement from last week. You chose a young song, I thought you were more relevant than a lot of the other singers we've seen. I'm really impressed with your performance and your attitude and your work ethic and you didn't whine and you got on with it" (an obvious slam to John Boy Park).

Lee Dewyze:  Lee, a fairly nondescript guy, lamented about having made poor life decisions but reassured the American public that he was a "nice" guy. Okay, whatever, I didn't care. The night had been long and Lee just needed to sing.

Lee reminded me of David Cook (the "American Idol" winner two seasons ago) and was my favorite performer of the night. This wasn't saying much. Simon said, "You may be the one to beat."

So, the 2-hour show that consisted of more bad singers than commercials was mercifully over. All in all, it had been a strange night of nervous and disappointing contestants and judges who didn't come close to hitting their stride and need to come up with newer phrases than "your voice was pitchy," "you must make the song your own" and "that was forgettable."

Maybe they were all contagious, and I was sickened by most of them.

The good guys: Big Mike, surprising Alex Lambert and Lee Dewyze. Who's going home?  Pouty John Park and zealous Jermaine Sellers. If God pulls a "I'm God" move, then Sellers will be saved and Aaron Kelly will be going home.

One can only pray the women do better tonight.